Incredible things your browser will do in 5 years

What will your Web browser look like in 2015? Five years doesn’t always bring dramatic change to some technologies–today’s desktop PC, for instance, isn’t that different from its 2005 predecessor–but browsers are undergoing major changes that will alter our day-to-day computing lives.

Not only will Web browsers become commonplace in cars, but they’ll also incorporate voice recognition, text-to-speech, and touchless gesture controls for applications where keypads, touchpads, and even touchscreens can be either inconvenient (smartphones) or downright dangerous (when driving). Browsers will stream Internet radio to our cars, and perhaps even adopt a 3D-style interface–only without the clunky glasses. 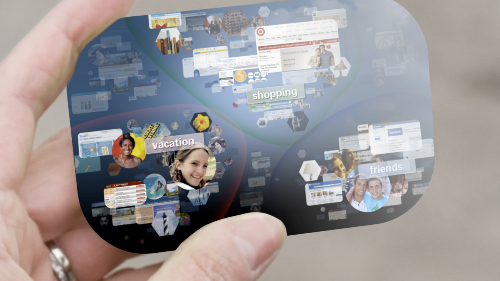 In their Aurora browser concept, Mozilla Labs and Adaptive Path envision a business card-sized browser that gives you fast access to personal and professional content and communication tools.

“You’re going to see tremendous innovation in the browser space in the coming years,” says Linus Upson, Google’s vice president of engineering. “We really want the Web as a platform to get to the point where you can do anything on the Web that you can do on Windows, the Mac, or the iPhone.”

Five tasks you can do really well with these specialty browsers

Little known browsers that could work wonders for you

Google envisions a future where the browser runs all of your applications–including eye-grabbing 3D games, seamless language translations, and even grammar corrections. Though some of these features exist in rudimentary form today, they’ll be far more capable within five years.

As today’s tech-lab projects turn mainstream, the browser will take on a new look and feel. AMD’s Fusion Media Explorer, a 3D browser designed to showcase the multimedia capabilities of the chipmaker’s processors, features drag-and-drop uploading to Facebook and other social networks, and even has a rotating 3D interface for browsing media files.

An Israel-based startup called EyeSight Mobile Technologies is developing touchless gesture controls for Android phones: Swipe your hand over a front-facing camera, for instance, and you can navigate your photo gallery. Meanwhile, Google is building voice recognition and text-to-speech functionality for browsers. And then there is Opera Software’s free Opera browser which has pioneered voice and mouse-gesture browsing. No wonder that major automakers, including Audi, BMW, Ford, General Motors, and Mercedes, are experimenting with ways to add browsers to cars and trucks. 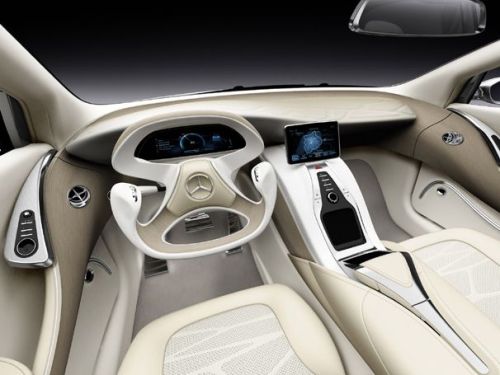 Pictured here is the concept F800 Style Research Vehicle from Mercedes-Benz USA. In the center console is a touchscreen computer with a browser interface for controlling the in-car temperature, wireless phone, stereo, navigation system, and Internet access

The next big computing platform won’t be a version of Apple’s Mac OS, Google’s Android, or Microsoft’s Windows. It’s already here–and it’s the Web. And the drive to offer the most compelling window to the Web possible, via the browser, is intense.

The browser is spreading beyond the PC and smartphone to new types of gadgetry, including TV set-top boxes and printers. This is a trend that will accelerate in the coming years. Nascent examples include Google TV, the search giant’s new platform designed to bring Web content to your living-room television; the HP Photosmart Premium TouchSmart Web all-in-one printer, a color inkjet with a 4.33-inch, color LCD that provides access to Web-based applications; and, of course, a soon-to-arrive crop of tablet devicesfollowing in the wake of the new (and already popular)Apple iPad.

Meanwhile, newer, faster wireless data services–including 4G technologies such as LTE and WiMax, as well as the increasingly ubiquitous Wi-Fi–will help the browser extend its reach into even more business and consumer devices. Who knows–perhaps even the Internet-enabled refrigerator, an idea that seemed ludicrous when LG Appliances introduced it in 2003, may make a comeback. In fact, LG hasn’t given up on the concept. Its latest wired fridge has an LCD with a built-in browser and an on-screen keyboard.

For many of these devices, the browser doesn’t deliver simple Web pages. Instead it acts as an application platform, an entertainment hub, and a gateway to user files that are securely stored online. One soon-to-ship example is Google Chrome OS, a browser-based operating system slated to debut on netbooks and tablets later this year. With Chrome OS, the browser isn’t merely an avenue to the Internet; rather, it’s the command center for all user activity, most of which is Web-based. (Chrome OS has Linux underpinnings, and rumors have suggested that it may still provide access to “legacy PC programs”–but even then only through a Web-savvy remote-desktop-like feature.)

So how might we interact with Web-enabled devices within a few years? Web design firm Adaptive Path, a leader in user-interface development, created a conceptual interface for Firefox maker Mozilla in 2008. Called Aurora, the concept features a Web-centric world where all data and applications reside within the framework of the browser. In a demonstration video, a man named Tim uses gestures to interact with Aurora on a large wall screen. The display includes a camera that reads and interprets Tim’s hand and arm movements. Personal workspaces, similar to bookmarks, appear as large thumbnails; Tim organizes his desktop by “grabbing” workspace objects (without actually touching the display) and “pushing” them to where they belong on the screen.

Though Aurora may never become an end-user interface, it does offer an intriguing glimpse of a browser-based future that today’s tech-industry players–via standards groups like the World Wide Web Consortium (W3C)–are working hard to create.

It’s unlikely that popular and widely used desktop software, particularly business-oriented tools such as Microsoft Office, will vanish completely by 2015. But the emergence of Web-based apps, including productivity suites like Google Docs and the new Microsoft Office Web Apps, could hasten a migration from relatively slow-booting desktop operating systems such as Windows and Mac OS to speedy, simpler browser-based systems like Google Chrome OS.

Or so Google hopes. 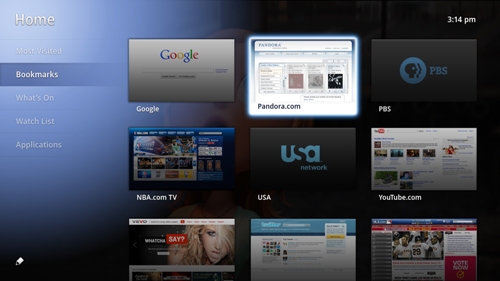 “We’ve seen a tremendous acceleration in the last year about the kinds of applications that you can build in the browser,” says Google’s Upson.

For that cloud-computing vision to come true, however, competing vendors must agree on standards that would enable this browser-based world. Whether that will happen is the big question. Will Apple, which has achieved great success with its App Store–a proprietary (and highly profitable) online marketplace of programs than run exclusively on the iPhone, iPad, and iPod Touch–be agreeable to a vision that works against its walled-garden approach to personal computing? And then there’s Microsoft, which is notorious for ignoring browser standards in favor of its own technologies–will Redmond play nice?

We won’t know right away, obviously, though recent signs are encouraging. Microsoft, for instance, has said that it is committed to adhering to emerging Web standards such as HTML5, which will allow developers to build dynamic Web apps that work equally well across various browsers, including those on mobile phones and tablets that don’t support power-hungry browser plug-ins such as Adobe Flash, Apple QuickTime, and Microsoft Silverlight.

Apple CEO Steve Jobs, perhaps the highest-profile proponent of HTML5, has been waging a holy war against Flash, claiming that Adobe’s widely used browser plug-in is too great a drain on a portable device’s performance and battery life. Though Apple’s phones, media players, and tablets don’t support Flash, handsets running Android 2.2, the latest version of Google’s mobile OS, will be able to. (Neither Apple nor Mozilla responded to PCWorld’s interview requests for this article. Microsoft declined to be interviewed.)

Early examples of applications that run inside HTML5-compliant browsers provide a peek into the future. Flickr Explorer, for instance, allows users to zoom in and out of their images, as well as to pan through photos, much faster than they can with today’s browsers.

Complex 3D games will run inside browsers, too. Browsers will become more gamer-friendly as burgeoning Web standards such as WebGL–which provides a 3D graphics application programming interface (API) in a browser without the use of plug-ins–take hold.

“Click on a link, boom, you’re playing a 3D game,” says Upson, who contrasts the simplicity of Web-based gaming to a cumbersome PC desktop installation or the need for physical media (e.g. DVDs), as is usually the case with today’s gaming consoles. One demo currently on YouTube shows Split Second, an arcade-style racing game, running in an HTML5-compliant browser. The game’s performance and 3D graphics are comparable to what you’d see in a console or PC version.

One thing is certain: The browser in 2015 will play an even larger role in our daily lives than it does right now–and that’s saying a lot. “Everyone needs to support the Web,” says Upson. “The Web has billions of users.”

With many more to come.

(Editor’s Note: A reference in this story to a nonexistent Opera browser feature has been removed.)