How to get Cortana on Windows 10 in Canada today

Canadians often complain that they don’t get access to some of the coolest technology services as quickly as their American neighbours and Microsoft’s Cortana is the latest thing you can add to that list.

It’s Microsoft Corp.’s big day with the launch of Windows 10 around the world and maybe you’ve already upgraded your PCs, or reserved your upgrade and will be deploying it later today. One of the big differences over previous versions of Windows is the inclusion of Cortana, Microsoft’s intelligent assistant (like Apple’s Siri) that can help you find files and folders, launch applications, conduct web searches, or get directly to specific information about any number of topics. Plus, you can control it with your voice.

But as of today, Cortana on Windows 10 is only available in the U.S., UK, China, France, Italy, Germany and Spain. Since Microsoft wants Cortana to have an appropriate personality for each region and be able to offer contextual responses based on localization, Canada is one area where it’s still trying to achieve this. (So far all we know from Microsoft is that Canadian Cortana will “love hockey.) So even though Canadian users of Nokia devices are already using Cortana on Windows Phone, Windows 10 users have to wait.

Read our review:
Windows 10 review: the last OS you’ll ever have to install

Or not. If you’re willing to use a Cortana that doesn’t love hockey and won’t immediately deliver the date of John A. MacDonald death, there’s a way you can turn it on today. All you have to do is pretend to be American.

The first thing to do is manually turn on Cortana. It will be off by default if you’ve upgraded a PC that’s set to Canada for its region. Seach for “Cortana” from the search bar next to the Start Menu to find the Cortana and Search settings. Turn everything on.

Once you’ve done this, assuming your region is set to Canada, you’ll see this message if you try to turn on Cortana.

To trick Cortana into hanging out with us, we have to lie. (She’s an intelligent assistant, not a lie detector.) Now search for “Region” in the search bar and you’ll find your region and language settings. This can also be found under Control Panel –> Clock, Language, and Region. Simply change your country from Canada to United States from the drop-down menu.

Now the next time you click on that search bar next to your Start Menu, Cortana will suddenly become more responsive! Just be cool about the references to Obama and other Americanisms and this should be a fine workaround for now. 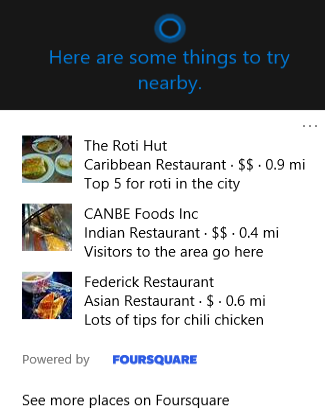 It’s likely you won’t get the full Cortana experience that Microsoft is working on for Canada. If you want to get access to that as early as possible, then sign up with your Microsoft account to become a Windows Insider. Microsoft says that Cortana will become available later this summer through that program.

Be aware that changing your region will affect some of your other Microsoft apps. Anything that depends on your region settings may go haywire as a result of this little fib. Renting or buying movies and TV episodes or downloading apps from the Store could be impeded, for example. Thanks to Twitter user @RayVanEe flagging us on this one.

Brian Jacksonhttp://www.itbusiness.ca
Editorial director of IT World Canada. Covering technology as it applies to business users. Multiple COPA award winner and now judge. Paddles a canoe as much as possible.
Previous article
Canadian Tire adds digital notes to its bricks-and-mortar playlist
Next article
Windows 10 gets a price tag for those not eligible for free upgrade