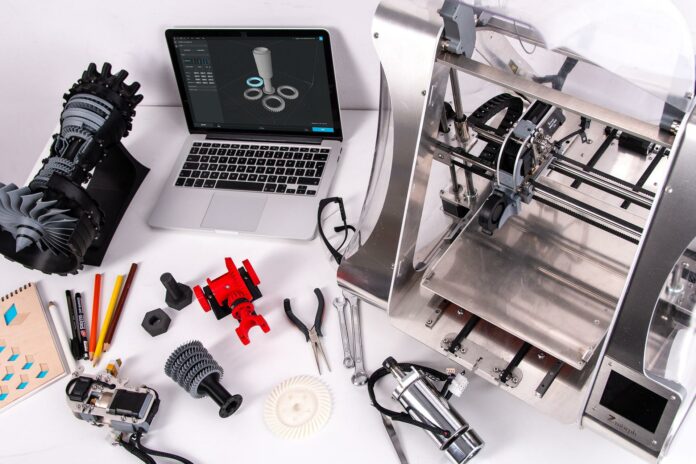 Much of the talk around transformation at the dawn of the fourth industrial era is centred on pieces like AI and connected everything. But also evolving rapidly, under most people’s radars, is 3D printing, which has gone from the stuff of sci-fi novels to something with the potential to terraform manufacturing.

“Early 3D printing was good for prototyping, which traditionally involved machinists, lathes, and countless adjustments,” said ITWC CIO Jim Love. “But the technology is advancing rapidly, and although it has yet to really hit critical mass, it’s evolved to the point where you can now print pretty much anything from metal to human ‘skin.’”

“Although the 3D printing of, say, human organs is still early days, manufacturers are looking at it as a potential gamebreaker in the not-so-distant future.”

Sparkes sees the simplification of prototyping and low-run production as benefitting particularly companies with plants or branches in multiple locations around the world.

“Maybe you have a central engineering office near Toronto, but have a branch up in the Yukon where they need a spare part. This is where 3D printing comes in. You could send a CAD file to your 3D printer station, print the part and deliver it, or send it to them directly if they have 3D printing capability.”

For Mosaic Manufacturing, a Toronto-based company that brings 3D printing to the factory floor, success has come with the realization that, with advances in 3D printing, there must also be advances in the technologies around 3D printing.

“Before working with AWS we had a desktop application that powered our hardware,” said Derek Vogt, Co-Founder & CTO, Mosaic Manufacturing. “Initially it worked fine, but in time, with increased processing loads, we began to see a negative impact on our users’ experience. People were running our software on hardware that just couldn’t cut it – couldn’t handle the processing load we’ve acquired. 3D printing being compute-intensive, running it through your average desktop computer doesn’t come close to meeting the memory or processing requirements.”

Vogt said Mosaic wanted to start offering more interconnectivity between devices. A desktop application alone, he said, wasn’t going to allow for smooth monitoring from home or from abroad. “The automation piece is critical – running devices autonomously, without input, but still being able to check in and get alerts. For this to happen, you need not only to be connected but also to be able to communicate across multiple devices.”

Eventually, said Vogt, Mosaic looked at cloud. Cost and time were key. “We wanted our developers to spend their time writing code, building new features. We had no interest in building a data centre. As we scaled our platform, we knew that AWS would be there for us every step of the way.”

Mosaic can now call itself a cloud-powered 3D printing company, one that can offer customers a top-tier user experience. “Cloud has also improved the lines of communication between us and our customers,” said Vogt. “We’re all now using the same version of our application, with the same data in front of us. Naturally this is an enormous plus when it comes to troubleshooting and resolving issues efficiently.”

For other manufacturers, success is coming through Manufacturing as a Service (MaaS) – through contracting out the use of their production as an on-demand service.

Manufacturers utilizing API integrations and cloud network technology to offer highly customized parts or products, all speedily produced, can by adding 3D printing to the mix offer even more customization and lead times.

“These agile companies,” said Love, “can shift between jobs with little to no downtime.”

Sparkes provided the MaaS example of one Toronto area startup that allows customers (kids) to make their own toys using their online service.

“This company will 3D print out these custom-designed toys and ship them to you, or if you prefer you can download the CAD file and print out the toys yourself if you have that ability. This business is essentially doing distributed manufacturing, with manufacturing as a service, which opens up all sorts of interesting avenues.”

To the question of what kinds of companies are currently invested in 3D printing in any substantial way, Sparkes said it ranges from high science and medical to the practical.

“We have people on campus here [at the University of Waterloo] who are using 3D printing to create replacement human bones, so if you need a section of bone you can have it 3D printed using your own biological material,” he said. “But in terms of the practical and the everyday, you look at companies like The Canadian Shield. Until recently a straight 3D print shop, this organization has since pivoted to making protective equipment such as face shields as well as antigen test kits.”

Hit the ground running in the emerging next normal