Half of Canadians own at least three digital devices

Canadians love their digital devices. And we have a lot of them.

A new study released by security vendor McAfee looking at the online surfing habits of Canadians, and our attitudes towards Web security and data protection, found that 34 per cent of Canadian households own five or more Internet-enabled devices, and 51 per cent of Canadian consumers spend at least 15 hours a week using their devices for personal reasons. McAfee said Canadian consumers place a value of $32,000 on the digital assets stored on their devices, and 51 per cent of those assets are considered impossible to restore if lost.

That puts our data and risk, and the study also found that, while we’re aware of the risks, most of us aren’t adequately protecting our devices today. In response, McAfee has launched McAfee LiveSafe service, an unlimited cross-device security service using facial and voice recognition to confirm user identity.

Nearly one-third of Internet users stay logged into social media sites, leaving themselves open to attacks, according to a new study. In a voluntary survey of about 10,000 people worldwide, security software provider

SMBs are path of least resistance for hackers: Symantec

The latest Internet Security Threat Report from security vendor Symantec Corp. has a warning for small and medium-sized businesses (SMBs) – you’re in the sites of hackers as the weak point in the

“Our digital lives have become more complex as we connect, share and store data though multiple devices,” said Mike DeCesare, president of McAfee, in a statement. “Consumers deserve a convenient way to protect their identities no matter what type of device they use. The McAfee LiveSafe service delivers this through cutting-edge features combined with simplified security management and unprecedented data protection.”

McAfee LiveSafe will be available in July 2013 for $19.99 for a 12 month subscription when buying a select new PC or tablet, or $79.99 for your existing devices. 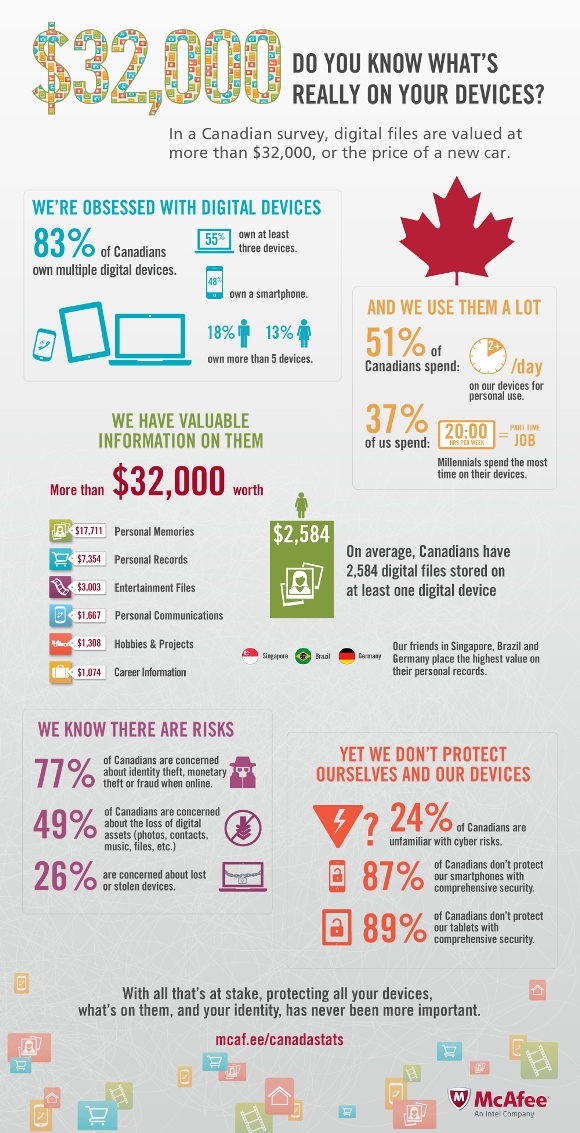