From Garden City to gaming city

Tobias Wiegand came to St. Catharines for love but ended up being part of a digital economic revolution in the city.

Wiegand left his native Germany in 2009 to be with his wife, who hails from the Niagara region. He thought he’d simply leave behind Morro Images Inc., the visual effects (VFX) firm he co-founded in Germany, and work from home as a freelance digital media contractor from his new base in Canada.

“It just made sense to say if we’re going there anyway, we might as well open up a sister company and have a studio on two continents,” Wiegand explains.

Wiegand had no idea he would become a key player in the economic evolution of St. Catharines. When he arrived in the city of 130,000 two years ago, it was just embarking on a bold move to transform itself from an automaker town to a digital media mini hub.

St. Catharines is strategically located near the U.S. border.

General Motors used to be the city’s largest employer. But a steady auto sector decline that started in the early 90s took a steep dive in 2009. GM’s St. Catharines workforce has gone from about 9,700 in the early 1980s to around just 1,600 now. The downtown core, almost deserted since big box retail drew shoppers to the suburbs in the early 90s, was so blighted by boarded up storefronts that the Globe and Mail labeled St. Catharines “garbage city” in a 2005 article, a play on thecity’s nickname The Garden City.

nGen incubator
nGen is an incubator providing downtown work space, mentoring, networking and other resources to digital and interactive media startups in the Niagara region, including Morro, consulting firm Furi Enterprises Inc., 3D production house pixelNAUTS Inc., and online video company Fourgrounds Media Inc. It’s one of the strongest steps St. Catharines has taken to finally diversify its economy beyond GM and the picturesque wineries that dot the surrounding countryside.

“There’s a strong relationship already established between the university and the college and the companies that are already in the(nGen) facility,” says David Oakes, director of economic development and tourism services at the City of St. Catharines. “So you’re starting to see some neat synergies.”

One of those synergies is between Morro Images and Silicon Knights Inc., a homegrown independent developer of video games such as Too Human, Eternal Darkness and Dark Legions. In business since 1992, Silicon Knights helped get nGen off the ground and is now working with Morro to expand the German firm’s new St. Catharines operations. SK’s very existence also helps lure more interactive media businesses and investment to Niagara, Oakes says.

“We do have a shining example of a company that’s done very well and they’re able to recruit (as a result),” Oakes says of the Silicon Knights success story.

Silicon Knights plans to hire 80 more staff to add to its current 97 workers thanks to a $3 million boost from the Ontario government in July. The money was part of Ontario’s program of tax credits and other incentives that includes the Interactive Digital Media Fund, which funds up to $150,000 per project. The IDM fund has so far pumped $7.7 million into 76 projects with budgets totalling $32.7 million. Another $3 million from government coffers also helped build a new motion capture studio, VFX suite and audio suite at nGen.

Training talent
Tax credits alone, however, are not enough to lure digital media investment to Niagara, Oakes says. That requires a specialized talent pool, something nGen is helping to nurture along with Brock University and Niagara College, which are adding digital media courses to their curricula. Wiegand is doing his part by taking on student interns (one of whom he’s just hired as staff) and teaching courses at Brock and Niagara College. 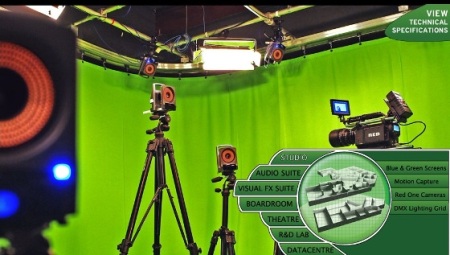 Oakes believes training and keeping talent is the key to St. Catharines’ longterm future in interactive media, especially when competing with the big three cities in Canadian digital arts.

“The main attractors of talent are Toronto, Vancouver and Montreal. (We’re) really trying to change the mindset of recent grads to look beyond those three cities,” Oakes says. “We’d love it if when they graduate from Brock or Niagara (College) they’d stay and build their lives.”

Wiegand is certainly committed to building a new life in St. Catharines. His first child is due any day now, cementing his family oriented reasons for wanting to stay in Niagara, even though he briefly considered setting up Morro’s Canadian office in Toronto.

“I’ve grown up in the (German) countryside. I love to go to the big city for the cultural aspect but I don’t want to live there anymore. I did that when I lived in Berlin. And St. Catharines is absolutely beautiful.”

Still, Toronto is only 90 minutes away for access to international flights or industry events. And the average detached home in St. Catharines-Niagara costs $380,000 compared to $512,000 within Toronto city limits.

There are downsides to living in a smaller city, of course. The nightlife and restaurant scenes can’t compare with Toronto’s. But a $100-million plan to build four new performing arts venues downtown – and relocate Brock’s performing arts school downtown from its existing suburban campus – by autumn 2014 is another stride to rebuild a city that was almost singlehandedly broken by the fall of one bankrupt carmaker.

“It’s as if this whole area has been rebooted and things are getting better,” Wiegand says. “We have to grasp that and build on that and not be intimidated by anything that’s going on in the larger scheme of the world economy.”

Christine Wonghttp://www.itbusiness.ca
Christine Wong has been an on-air reporter for a national daily show on Rogers TV and at High Tech TV, a weekly news magazine on CTV's Ottawa affiliate. She was also an associate producer at Report On Business Television (now called BNN) and CBC's The Hour With George Stroumboulopoulos. As an associate producer at Slice TV, she helped launch two national daily talk shows, The Mom Show and Three Takes. Recently, she was a Staff Writer at ITBusiness.ca and is now a freelance contributor.
Previous article
Express IT: Mobile payments will be best cash alternative
Next article
Canadian businesses face tough challenges with strict anti-spam law