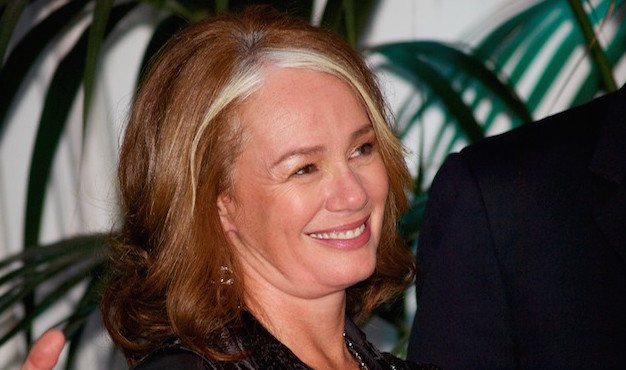 During a speech in Toronto Thursday, Dickinson didn’t specifically refer to U.S. president Donald Trump’s restrictions on travel from seven predominantly Muslim countries. But she called for inclusiveness and recalled her own experience as an immigrant from South Africa.

“I’m such a proud Canadian and I’m so glad my parents came here. And I think about what’s happening in the world …” she said before choking up with emotion.

“We’ve got to stand up for what’s right and defend people who are bullied and be open, gracious and giving, ” said Dickinson, who emigrated to Canada at three years old. “We’ve got to be inclusive and thoughtful and hopeful to make the world a better place.”

Endorsed by companies such as Spotify, BlackBerry and Google Canada, the letter expressed concern the U.S. ban would stifle global innovation and promote “marginalization of people based on their birthplace, race or religion.” Although the 9th U.S. Circuit Court of Appeals suspended Trump’s executive order, the White House has promised to introduce a revised version.

Dickinson highlighted her own immigration story Thursday at Microsoft Canada’s Accelerate Your Business event for small and medium sized businesses. That journey took her from impoverished immigrant (after arriving in Canada, Dickinson’s father had to trade his wife’s wedding ring for a badly needed used car) and broke single mom to successful entrepreneur and reality TV star.

It was a rough road. She married at 19, had four kids by 30, endured a bitter divorce and custody battle, and got fired from her first job after re-entering the workforce. Then a former coworker took a chance on Dickinson and hired her at Venture Communications. After working her way up the ladder there, she eventually bought out the Calgary marketing firm and became its CEO.

Then CBC TV came calling. Dickinson’s Dragons’ Den audition was the first time she ever met Kevin O’Leary, “and we had this gigantic fight,” she remembered Thursday. “So I left there thinking ‘They will never hire me.’”

CBC did hire her, of course. Dickinson spent seven of her eight years on the show sparring with O’Leary, who is now taking a run at the national Conservative Party leadership.

Since he announced his candidacy, Dickinson has taken a run at O’Leary, slamming him in a blog post as “an opportunist … self-promoter” who “represents capitalism in its very worst form: a soulless system that bases decisions solely on dollars and cents, profit and margin.”

While Dickinson reiterated Thursday she has no political aspirations of her own, she did urge Canadian entrepreneurs to stop leaning so much on government for financial support and incentives.

“Although Canadians rely too heavily on government to get everything started, we have to be less ‘Canadian’ and more courageous. We have to take more risks to grow.”

In 2015 Dickinson launched District Ventures, an accelerator for consumer packaged goods (CPG) startups in Calgary. Last year she led the drive to start a $25-million venture capital fund devoted to Canada’s CPG sector, investing $1 million of her own money to kick off the project.

Christine Wonghttp://www.itbusiness.ca
Christine Wong has been an on-air reporter for a national daily show on Rogers TV and at High Tech TV, a weekly news magazine on CTV's Ottawa affiliate. She was also an associate producer at Report On Business Television (now called BNN) and CBC's The Hour With George Stroumboulopoulos. As an associate producer at Slice TV, she helped launch two national daily talk shows, The Mom Show and Three Takes. Recently, she was a Staff Writer at ITBusiness.ca and is now a freelance contributor.
Previous articleRetailers rejoice: Mastercard bringing mobile ordering platform to Canada
Next articleCRTC rules smaller mobile carriers cannot let users “permanently roam” on big networks

Leaders in Davos stress diversity and inclusion of women in tech