LAS VEGAS, NV. – First Frances Frei told the audience the economy was in their hands. Then she started talking about toilets.

The Harvard professor and senior vice president of leadership and strategy with Uber Technologies Inc. – a company that she joked attendees at SAP SE’s SuccessConnect 2017 conference might have read about once or twice in the news recently – wanted to teach the audience, primarily composed of HR practitioners, how to build influence and about the central role it plays in leadership.

She then shared an anecdote explaining how Amsterdam’s Schiphol International Airport influenced the men visiting its public bathrooms to help them stay among the cleanest in the world.

They didn’t start that way: At first, Schiphol’s men’s washrooms were notoriously filthy, so its owners commissioned an outside agency to solve the problem – which the agency did after a thorough study of men’s psychology.

The agency’s solution: The airports’ urinals now have flies etched into the porcelain, and are among the cleanest restrooms in the world.

From bathrooms to boardrooms

“It’s not that we need to address behaviour directly – it rarely works,” Frei said. “But if we can change the way people think, we can influence how they behave.”

With employees, the foundation of influence is trust. And trust itself has three foundations, which Frei presented as a triangle: authenticity, logic, and empathy. 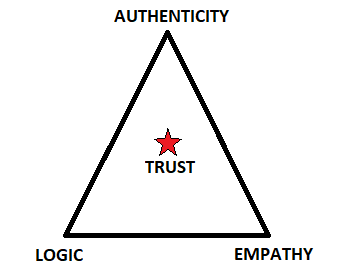 “If you do not show up as your authentic self, people are much, much less likely to trust you,” she said. “It needs to be coupled with logic… If I don’t have a rigorous plan, the real me isn’t enough… [you have to know] you’re in good hands, [and that] I’m going to take you there.”

As for empathy – “In order for people to trust us, they need to believe that we are in it for them,” she said, noting that most failures to build influence among employees can be attributed to obstacles – which she called “wobbles” – created by gaps between how one party projects, and how the other party perceives, authenticity, logic, or empathy.

Solving gaps in logic or empathy

The good news, Frei said, for those for whom empathy is an obstacle is that they’re often the smartest people in the room.

“Imagine that you go to a meeting,” she said. “Consider your engagement at that meeting. What we typically notice is that for smart people, their engagement is super-high… until they get it. Which is usually pretty quick, because they’re super smart.”

After that, she said, to laughter, smart peoples’ engagement flatlines, until finally – minutes or even hours later – everyone else gets it.

The problem, Frei said, is that in addition to being intelligent, smart people are also very good at communicating their boredom, distracting themselves with something else – perhaps a smartphone? – when they’re no longer engaged. She called this “the agony of the super-smart.”

“If you want to show someone you do not have empathy, reveal to them that you are distracted,” she said. “It works every time.”

“Here’s the ecstacy of the super-smart,” she continued. “You get to shrink the time it takes [for everyone to understand] if you actively participate. So you want to overcome empathy as a wobble? … Do not offer your distraction, offer your engagement… Stay excited until the last among us gets it.”

Similarly, if logic is an obstacle, chances are your logic itself isn’t faulty; you simply haven’t communicated your thoughts well, Frei said. Leaders for whom logic is an obstacle should consider changing their approach from telling a story – leading people through their journey before arriving at a point – to starting with their point and building from there.

“The art of storytelling is wonderful – unless logic is your wobble,” she said. “Then it can become really dangerous, because you could lose people at every twist… If you get cut off early, you never get to make your point.”

Authenticity – how to reap the benefits of diversity

Authenticity is the most difficult obstacle to overcome, Frei said – and the most critical.

When employees don’t feel they can be their authentic selves in the workplace, they focus on contributing whatever they believe they have in common with the people around them, she said, a phenomenon known as the “common information effect.”

Consequently, when multiple employees have a great deal in common, for good or ill, they often outperform diverse teams which have not been given appropriate guidance.

Using three circles to represent three employees, Frei illustrated what a company might expect from a diverse team based on how many of their experiences overlap, and how many differ. The triangle where all three overlap represents their contribution to the company. 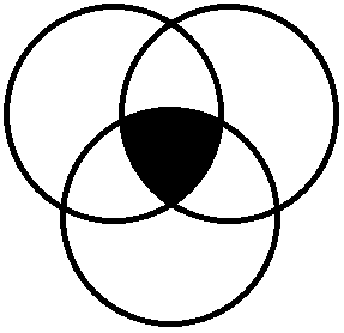 “If left to our own devices, we talk about, discuss, use for decision making what we have in common,” she said. “If we do not manage a team explicitly, this is the contribution we get.”

Compare that to the contribution of a homogenous team, each member of which contributes the same amount: 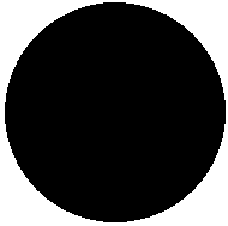 After implementing diversity strategies, Frei said, too many companies see the contributions of their employees go from the larger volume provided by homogenous teams to the smaller volume received from diverse but unstructured teams.

“This happens in a lot of organizations,” she said. “They bring in diversity, and just let it go. If we let it go, our contribution is going to be less than when we were all the same.”

If, however, diverse teams are managed not only to bring what they have in common to the table, but what is unique about each contributor as well, then each team member’s contribution to the company will grow – and exceed the value the company received before. 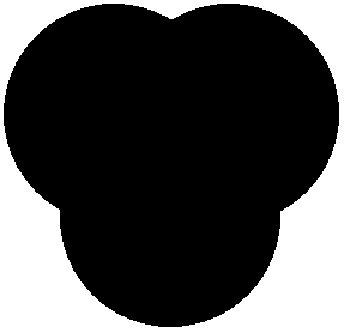 “For the leaders in this room… in the magnificently increasingly diverse environments in which we lead, it’s up to us to make sure that diversity leads to unprecedented excellence,” she said. “It doesn’t happen casually. It happens by making sure that we surface and celebrate our distinctions, not what’s in common… This will not happen without your direct leadership.”

That is what Frei meant when she told the audience the economy is in their hands, she noted.

“Diversity should not be the burden of the diverse,” she said. “Diversity is our obligation.”

Eric Emin Wood
Former editor of ITBusiness.ca turned consultant with public relations firm Porter Novelli. When not writing for the tech industry enjoys photography, movies, travelling, the Oxford comma, and will talk your ear off about animation if you give him an opening.
Previous articleThink of generations in terms of digital savvy, not age, Silicon Valley analyst says
Next articleCinemaTech: The Emoji Movie’s a case study in how not to market mobility