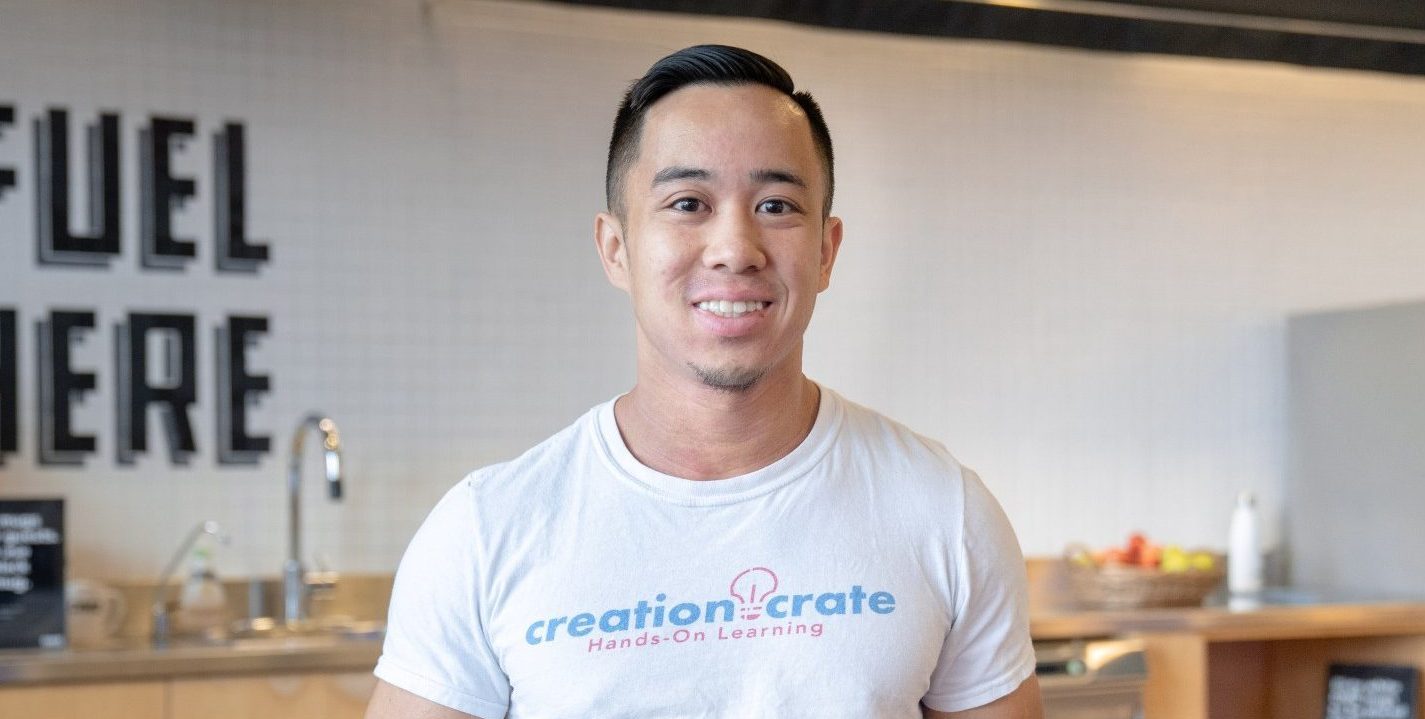 Chris Gatbonton never really connected with school. He liked learning, sure, but the way the education system is set up, it felt like a chore, like something he had to do.

“When I was a student I actually told everyone one day I was going to change the education system,” says Gatbonton, founder of Creation Crate, a monthly subscription box that teaches STEM – science, technology, engineering and mathematics – through DIY electronics projects. “I believed it when I said it… I just didn’t know how I was going to do it.”

In 2015, Gatbonton was living in Edmonton. He’d left behind Toronto and gone north in search of a day job. But it wasn’t really a day job he wanted. He wanted to be an entrepreneur, that’d always been the goal for as long as he could remember.

“I knew I wanted to be an entrepreneur when I was 8 years old,” he says. “I asked my dad how old you have to be to start a business and he told me 18… I believed him, I internalized that, I didn’t start my first business until I was 18 years old.”

He got a quick start, founding several startups including Azule, which hawked an aloe vera drink to soothe the throat after taking a shot of alcohol. But it was when he started looking into subscription boxes (a relatively new concept at the time) that he laid the groundwork for Creation Crate.

“(The model had) a really low barrier to entry, and was really cheap to startup… I didn’t have a lot of money,” recalls Gatbonton. “Around that time someone introduced me to DIY electronics.”

He dug in and discovered a whole world of makers using Arduino, an open-source electronic prototyping platform, to make their own electronics. “I figured I’d start there,” he says.

After doing some market research and banging on the doors of make groups on Facebook and subreddits for the discipline, he patched together a landing page in December 2015. It said: “we need to sell 50 of these boxes or else I’m not even going to launch the company.”

Within two weeks he’d sold all 50 boxes, or rather, the concept for the boxes – he hadn’t even developed the product yet. By February 2016, he’d started shipping the subscription boxes.

Today, Creation Crate has a devout community of maker subscribers. There’s a structured curriculum behind the boxes, a progression where everyone starts with the same project – a mood lamp with three different LED lights that teaches the basics of building circuits using breadboards – and delves into more challenging projects as they go, expanding on the core concepts.

“You’re learning as you continue through our subscription,” he says.

His first customers were in Australia, a homeschooling group that liked his hands-on approach to education. Since then, Creation Crate has grown to subscribers in 65 different countries, the majority of which are in the US. 18 per cent of subscribers are in Canada. “I wanted to design the product to be small and light enough to ship anywhere in the world,” he says. “I wanted to be a global company from the start.”

Creation Crate is a part of MaRS, Communitech and YSpace Markham. “Once I had freedom with Creation Crate to live wherever I wanted, I came back to Toronto,” says Gatbonton. “Every time I go somewhere else it makes me appreciate the diversity Toronto has – it’s so unique and rare, I don’t see it in a lot of places.”

Inadvertently, Creation Crate’s proliferation sits nicely within Gatbonton’s initial promise to change education for the better. He’s not naive, he knows there’s a lot of work ahead of him, but the interest in Creation Crate offers some validation.

“The reason education was a chore for me when I was in school was that there’s no purpose, I didn’t know why I had to be there, other than I had to be,” he says. “The kind of education we’re doing right now with creation crate, you’re starting with that purpose.”

Whether it’s a Bluetooth speaker or a mood lamp, you have a goal in mind, and you’re learning about electronics and programming in the process. “When you come at education with that angle it doesn’t feel like a chore anymore, now it’s natural, it’s fun, it’s engaging,” he says. “It’s just a better way to learn.”