Despite being one of the most popular smart devices today, a Clutch Co. research revealed that wearable devices are being used as standalone, legacy devices and do not drive further IoT investment.

This is an on-going effort to reveal the usefulness of Internet of Things devices. Internet of Things – or IoT for short – is the idea of unifying appliances and devices over the Internet. IoT devices should be able to share information about their user and operate more autonomously.

Wearables such as fitness trackers and smartwatches are the most immediate devices after smartphones. They’re directly attached to the user, periodically collecting and analyzing information in the background.

According to the survey, 35 per cent of the participants own wearable devices. Out of all wearable owners, 61 per cent own smartwatches, and 27 per cent own fitness trackers. Their popularity is only overtaken by smart appliances, which sits at 67 per cent. 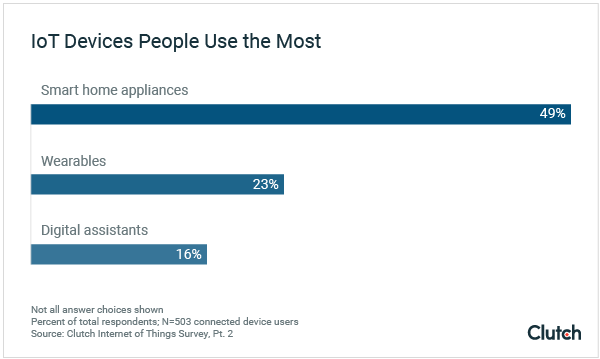 “People make more of a conscious decision to buy a wearable to track fitness or complete other tasks,” Pope said. “With home appliances, people may have just happened to be upgraded to a smart TV or other appliance.”

Apple Watch is the most popular smartwatch by far, accounting for 41 per cent in smartwatch ownership. Its lead is followed by Fitbit at 35 per cent, then Samsung at 21 per cent. The report attributes Apple’s established fanbase and culture capital for its dominance. 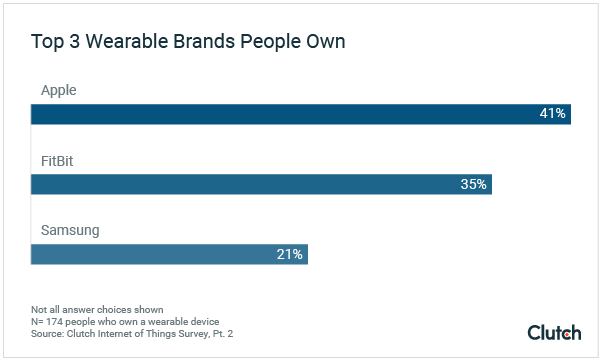 Even though smartwatches have a multitude of capabilities, its users aren’t using them beyond surface level functions. Seventy per cent of wearable owners use them as fitness trackers, 61 per cent use them to track time, and 52 per cent use them to communicate. They’re also used to perform simple tasks like setting alarms and reminders. 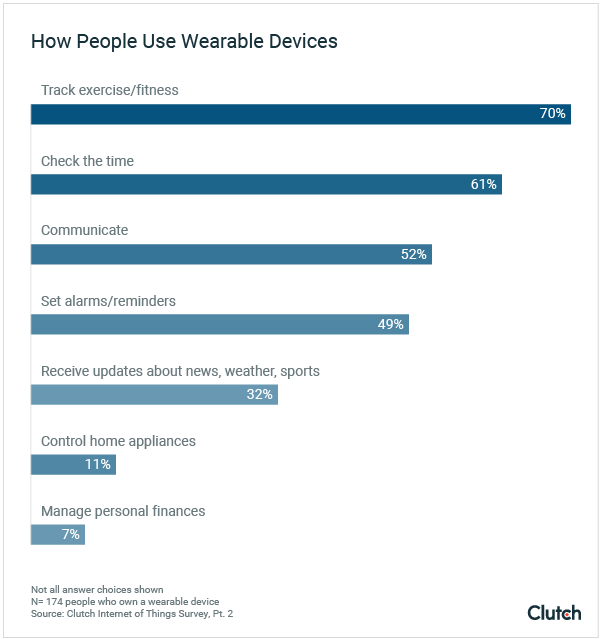 “The potential benefits to the internet of things are largely intangible to the general population,” said Nate Masterson chief marketing officer of Maple Hlistics. “They are not the ‘gateway drug’ to the IoT market. The problem with wearables and IoT is that there’s no imperative to link up to IoT.”

In addition, wearable devices – especially smartwatches – have their usefulness limited by their small screen size. This is a big hindrance when reading dense texts and viewing images.

“I think the wearables market may have a ceiling,” Pope added. “There’s only so much screen size. Anything that is more than one or two clicks is going to be frustrating.”

Developers have their own share of woes when it comes to wearable’s user interfaces.  A separate Clutch Co. research from 2016 indicates that about half of wearable app developers struggled with limited functionalities on wearable interfaces.

The immediacy, frequency, and the personal nature of the data wearables collect is a cause for concern among its users. Fifty per cent of wearable owners believe their personal data is shared across multiple connected devices.

Even with the elevated concerns for privacy, 91 per cent of wearable users still choose to connect their devices to their smartphones. With that said, only six per cent connect them to the same apps as their other connected devices. 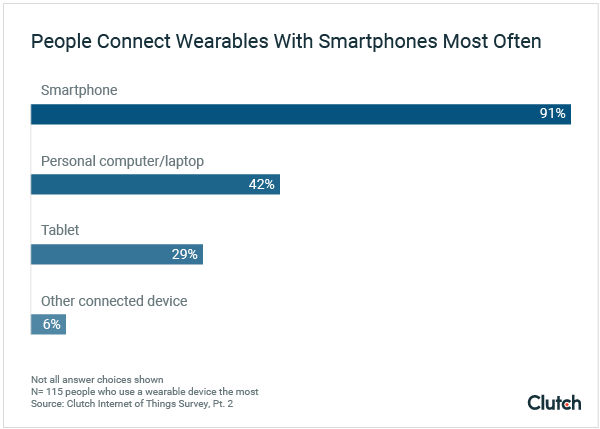 Tom Li
Telecommunication and consumer hardware are Tom's main beats at IT Business. He loves to talk about Canada's network infrastructure, semiconductor products, and of course, anything hot and new in the consumer technology space. You'll also occasionally see his name appended to articles on cloud, security, and SaaS-related news. If you're ever up for a lengthy discussion about the nuances of each of the above sectors or have an upcoming product that people will love, feel free to drop him a line at tli@itwc.ca.
Previous articleCisco announces new products, updates to its collaboration business
Next articleWaterloo cloud management company wins Emmy Award for Tech and Engineering