Calgary primed, ready for what it thinks will be a massive tech boom 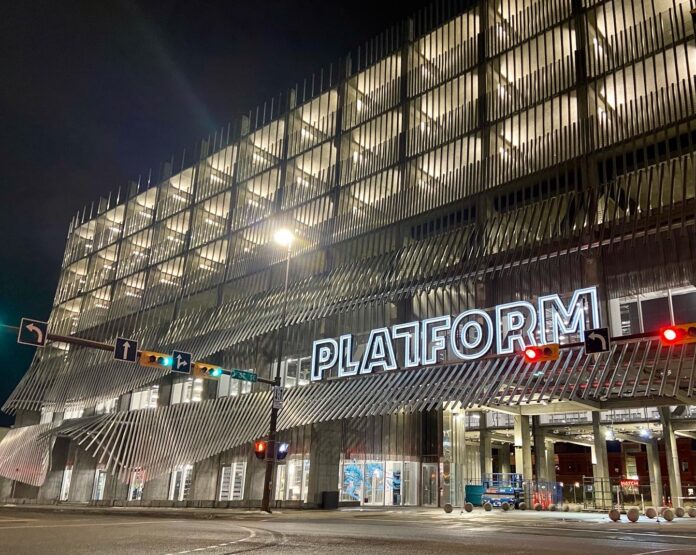 There is only word to describe the current Calgary tech scene – booming. That was evident last month at Collision 2022 in Toronto, and it is also evident by the enormous amount of interest the city is generating from organizations of every size, be it a start-up or a corporation such as Telus or IBM Canada.

“When it comes to tech, we have a strong critical mass of people that are very good at what they do,” said Calgary mayor Jyoti Gondek, during a session at the conference entitled Bringing Cities Into the 21st Century. “They live in a place that’s affordable and welcoming.”

Jeremy Shaki, chief executive officer of tech education firm Lighthouse Labs, said that both Calgary, and Alberta as a whole, are in excellent fiscal shape at the moment. First, the province is set to lead Canada’s GDP growth for at least the next two years, and a big part of that growth is expected to come from a wide swath of new and existing technology firms.

And with Telus earlier this month announcing a $430 million investment in Calgary, opening its new state-of-the-art headquarters in the city, and committing to hiring upwards of 8,500 Albertans between now and 2026 — and IBM announcing plans for a new innovation centre there in June — rumblings have already started about whether there is enough talent available.

The answer to that, from Shaki, Brad Parry, president of Calgary Economic Development, and Jen Lussier, vice president of growth at Platform Calgary, which describes itself as a hub and an engine for technology-focused economic diversification and job creation, is a resounding yes.

“Calgary has been working very hard to build its tech ecosystem and its talent ecosystem,” said Shaki, adding that this is not the city’s “first rodeo in tackling this issue. There is already a lot of momentum towards tech training and talent training, which is exciting.

“It’s a great challenge to have. Calgary is going to need to invest in a few different areas, but at least they have the commitments from companies to make sure that these investments are worth it.”

As far as what it will take to attract and keep talent, he suggested a three-pronged approach. First, determine how best to get graduates who have a technology diploma or degree into the work force, secondly, make sure programs are in place that allow people in other industries to transition to technology-centric positions, and third, market Calgary as a destination to move to, which, he said, should not be difficult.

It is, said Shaki, a “phenomenal place to live.

“There are going to be tech talent issues to solve. However, unlike many cities, Calgary has built some pillars that are making sure that they don’t forget – even with big companies coming in – that they need to work hard to build those entry and access points for new talent and new companies and medium sized companies. And I think that’s where this is an attractive talent ecosystem that’s getting built.”

The “they” he talks about include organizations such as Calgary Economic Development, Platform Calgary, and RainForest Alberta, which describes itself as an “informal organization of people working together to improve Alberta’s innovation ecosystem. We are an inclusive, silo-busting, sector-agnostic, all-industry, open-source, ego-shrinking, ecosystem-building, entrepreneur-focused, wide-open, social-barrier-smashing community.”

Parry described what is currently going on as a “four-year overnight success story. We’ve been working towards this for some time in terms of looking at the ecosystem and understanding what is happening. We’ve always said, Calgary doesn’t have a start-up problem, it has a scale-up problem. We have a number of incubators and accelerators to help our companies locally start to scale and grow and give them those chances to compete on a global stage.

“We understood that Calgary has one of the most highly educated populations in the country, we have the highest labour participation rate in the country, which means you have smart people who want to work. But what we realized about three and a half to four years ago was we were missing those core skill sets to help drive a digital economy. And so, we invested heavily in a number of training programs, retraining programs, micro credentialing programs.”

The elephant in the room for some is clearly the oil and gas industry, but for Gondek and Parry, that resource sector is definitely a plus.

“The energy sector has been transitioning for decades, it’s now in a period of serious transformation,” the mayor said at Collision. “You have an industry that understands that it has to change, and it’s been doing so for a number of years. We haven’t told the story well.”

Parry said, “there is no better place in the world to be than Calgary if you truly are serious about solving, energy transition and climate change. If you think about it, it’s not like our oil and gas companies have been sitting around not doing anything. They’ve been investing billions of dollars in figuring out the technologies needed to accelerate their business. But they’ve also been investing in the transition.

“We have the second highest number of corporate headquarters per capita in the country. What does that mean? Well, it means you’ve got the decision makers who can give you access to the data. And the data is what’s going to win the war on this challenge. We’re bullish on Calgary because of all these factors are coming together. People are just starting to realize that we’ve been kind of the best kept secret for the last few years, and now it’s time for us to get out there and start talking about ourselves. To change perceptions takes a long time, and a lot of effort.”

There is an equal amount of effort, and possibly more, going on at Platform Calgary, which “builds and promotes” the city’s start-up tech sector. A key component is the organization’s 50,000 sq. ft. Platform Innovation Centre, which officially launched this year.

“Behind every great innovator is a great community,” the organization states on its Web site. “The Platform Innovation Centre is the front door to the innovation community — a single point of access to resources, supports, programming and events to help start-ups successfully launch and grow their business.”

Lussier noted that in Calgary five years ago, “everything was fragmented, and you had all these different organizations working away at their own programs and doing things through mini silos. Now, an entrepreneur can find what they need, through us or through one of our partners faster to help them navigate that system faster, advance their business faster, hire faster, raise money faster.

“We did lot of research on innovation centres around the world and what the secret sauce is that creates these catalytic collisions is where you get the founder, the student, and members of a corporation, skill building academy or the incubator all meeting for coffee … and then the conversation starts.” Paul Barker
Paul Barker is the founder of PBC Communications, an independent writing firm that specializes in two specific areas: The creation of marketing communications content for businesses of varied size and scope, and freelance journalism. He has extensive experience as a reporter, feature writer and editor and has been covering technology-related issues for more than 30 years.
Previous article
Public explanation of Rogers outage has lots of blanks
Next article
More conditions may be imposed on telcos as result of Rogers outage, says government