Blockchain: The killer app that will stretch far beyond banking 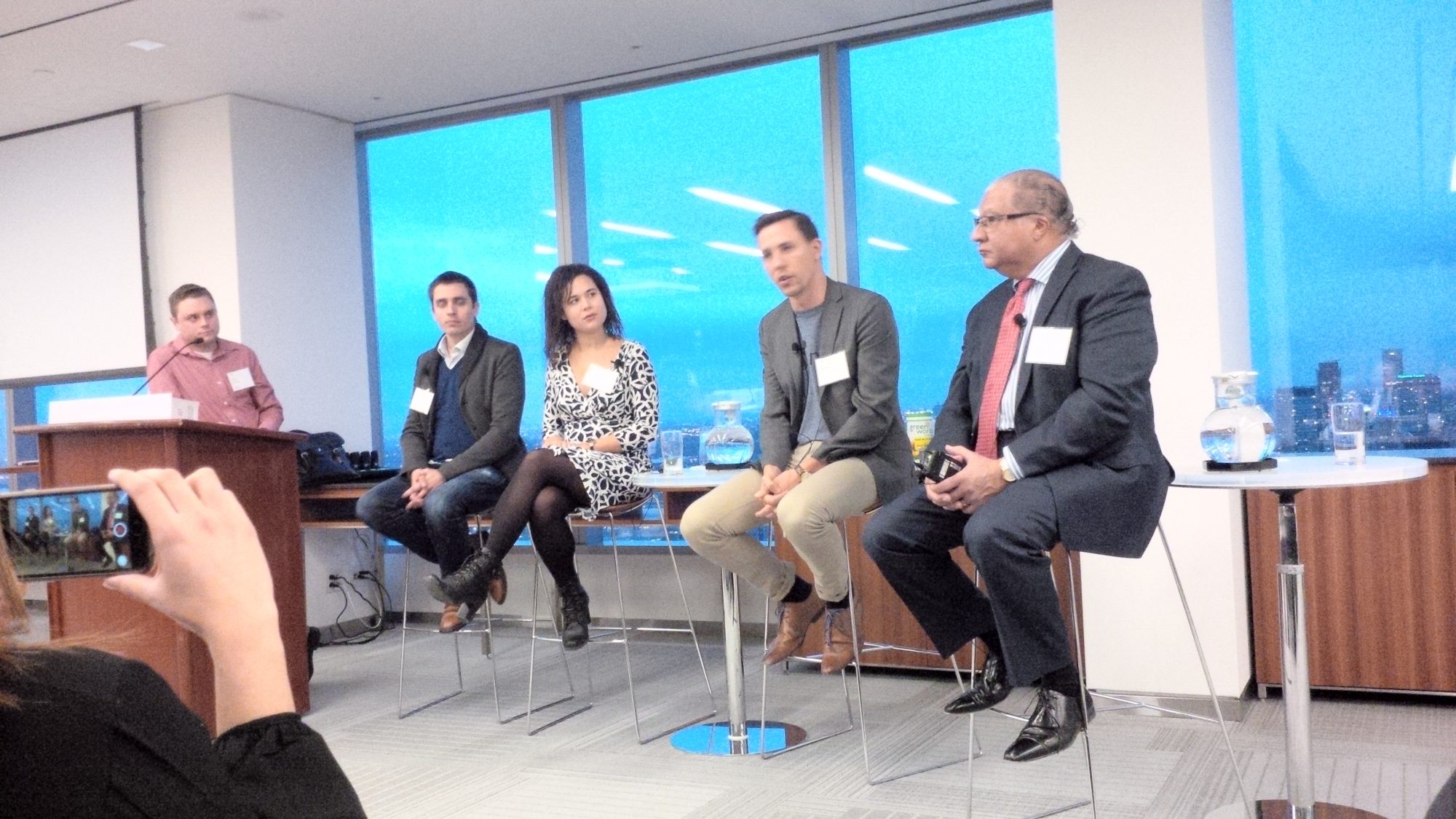 There’s a technology that could one day prevent voter fraud, track stolen artworks, process a home sale within 24 hours and eliminate the need to ever file another tax return.

It’s blockchain, and although the technology is best known as the underpinning of Bitcoin, a panel of experts said Thursday it could revolutionize all industries and every facet of government.

The event was held in Toronto by Hispanotech, an IT industry group for Hispanic Canadians. Keynote speaker Geoffrey King of Cisco Canada outlined how blockchain provides instant and automated authentication of identity and ownership rights while maintaining a digital history of transaction details.

That means trade can be done faster and – since fewer middlemen, resources, and fees are involved – more cheaply, King said. The digital chain is immutable so transactions are more secure and the history and ownership rights involved in them are indisputable, he added.

He said research suggests blockchain could save the global banking sector $16 billion per year in clearing and settlement costs.

Six Canadian banks – RBC, BMO, CIBC, TD, Desjardins and Scotiabank – have invested a combined $27 million in a blockchain service developed by Toronto-based SecureKey. It will allow consumers to manage how banks share their customer data with other businesses.

So far blockchain has gained the most traction in financial services. But King said the technology could be applied to any industry “wherever there’s a need to establish a chain of rights of ownership,” such as:

Real estate: King said blockchain could potentially complete the purchase, legal transfer, financing and insurance transactions involved in the sale of a home within one day.

Taxation: Spoke said blockchain could automatically calculate and track the tax implications of every transaction made by businesses and individuals, eliminating the need to file tax returns with the government.

“Nobody likes the CRA (Canada Revenue Agency),” he joked. “If they were just a piece of software, everybody would have it a lot easier.”

Music copyright: Blockchain could be programmed to track the digital use of music. As King described it, royalty payments would automatically be remitted to the bank accounts of composers and music publishers as soon as their music is downloaded or used for commercial purposes.

Art, luxury goods: Not sure if that painting was stolen by WWII Nazis, that ring contains a ‘blood’ diamond, a Prada purse is fake or that pricey vase is really an antique? King said blockchain could eventually be used to prove the authenticity, origins and ownership rights of art, gems, antiques and brand name luxury goods.

Health care: King said creating a blockchain of every patient’s medical history could be more accurate, shareable, secure and private than methods currently offered by most healthcare systems. Google’s DeepMind lab is developing a blockchain model for auditing healthcare data.

Elections: According to King, blockchain would prevent voter fraud by verifying the identification and voting record of everyone who casts a ballot.

Supply chain: King said blockchain can be used to track inventory through all stages of the global supply chain. On Wednesday, SAP Ariba announced plans to integrate the Everledger blockchain platform into the supply chain portions of its procurement software applications.

Like every nascent technology, however, blockchain faces hurdles on the way to widespread uptake. Among those named by King are security, scalability, open and integrated IT architecture, legal and compliance issues and the availability of skills, talent, storage and processing power.

The greatest hindrance to blockchain in the finance sector, he said, is the willingness of rival banks to work together on building an infrastructure where data, trust and IT are shared.

“I think the biggest challenge is competitors working as collaborators because this is really an ecosystem model, about banks operating as one,” King said.

For panelist Juan Aja Aguinaco, lingering questions about how governments can (or should) regulate blockchain are the key sticking points around advancing the trend. The Mexican government has banned all bitcoin-based transactions “because they don’t understand it,” said Aguinaco, COO of Decentral, a cryptocurrency incubator in Toronto that installed the city’s first bitcoin ATM.

Spoke said governments struggle with regulating blockchain because, like the Internet, it has no geopolitical borders or jurisdictions. King called the Internet a good analogy, predicting blockchain will gradually become subject to standards, technical protocols and regulations the same way online activity has been over the past two decades.

Christine Wonghttp://www.itbusiness.ca
Christine Wong has been an on-air reporter for a national daily show on Rogers TV and at High Tech TV, a weekly news magazine on CTV's Ottawa affiliate. She was also an associate producer at Report On Business Television (now called BNN) and CBC's The Hour With George Stroumboulopoulos. As an associate producer at Slice TV, she helped launch two national daily talk shows, The Mom Show and Three Takes. Recently, she was a Staff Writer at ITBusiness.ca and is now a freelance contributor.
Previous article
Samsung launches its video centric tablet in Canada
Next article
BlackBerry COO on the renewed focus on partners