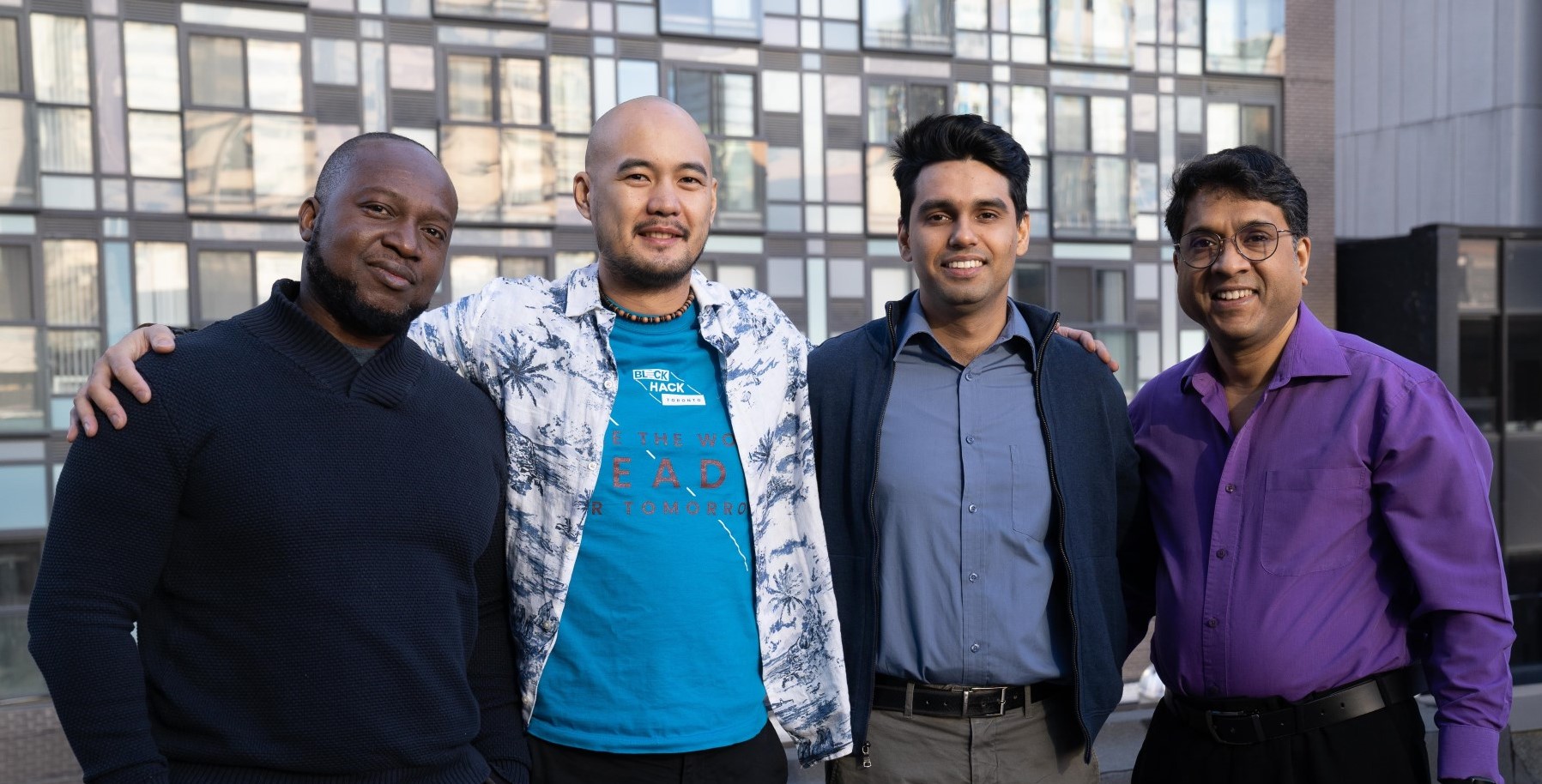 Before cryptocurrency went gangbusters and Toronto became widely recognized for its expertise surrounding blockchain, the technology underpinning cryptocurrencies, innovators and technologists would meet in the city’s pubs at Bitcoin Bay’s after work meet-ups to discuss this brave new technology and its potential.

You can credit a good portion of Toronto’s crypto and blockchain community’s to the free time of hobbyists and tinkerers.

Sure, the decentralized smart contract platform ethereum, widely viewed as a successor to Bitcoin, put the city’s blockchain community on the map. But it was the people who devoted their free time to learn about this brave new blockchain technology underpinning bitcoin and other cryptocurrencies that laid the groundwork for the community that would eventually become a front-runner in blockchain technologies.

And many of those hobbyists dropped in on one of Bitcoin Bay’s after-work meet-ups.

Bitcoin Bay’s gatherings started small, says Edward Buchi, as in, really small. “Like beers in a pub… sometimes it’d be four of us,” he recalls. It was 2014 and Decentral had started winding down their meet-ups to focus on their own projects. Edward Buchi, alongside Jerry Qian, Allwyn D’Souza, Leonard Fiadzinu, and Antonine De Vuyst, all met and kept it alive, bonding over their shared interest in cryptocurrencies and blockchain. “Over the years, (the meet-ups) got bigger.”

At the end of 2017, when cryptocurrency catapulted into the public eye, their meet-ups drew crowds of more than 100 people.

“There was so much hype around crypto,” says Buchi.

But the Bitcoin Bay co-founders already knew it was going to be big. Bitcoin Bay had become a bit of a sounding board for the community, helping blockchain startups explore new applications for the technology behind cryptocurrency.

“We were acting as an advisory service to these startups, all in the capacity of being a meet-up,” says Fiadzinu, another of the Bitcoin Bay co-founders. They realized there was an opportunity to still build the community and run the events on the side while also evolving into a business. “We have these connections we’ve developed over time, this technical expertise … now we need to mirror that and help this space grow as well (ourselves) and monetize it.”

So they transitioned their model, working with clients to develop decentralized products and advise them on tools within the blockchain landscape. “People in the community have a great grasp of what blockchain can theoretically do, they have a good sense of the problem that needs to be solved,” says Buchi. “But blockchain is like a toolbox… there are many different blockchain solutions that could solve a particular problem – and sometimes you don’t need a blockchain”

In the time since Bitcoin Bay launched, Toronto has grown into a leader in the blockchain space. “We definitely see a lot more companies than back in 2014 or 2015,” says Qian. “I’ve spoken to a couple of people who have come to Toronto from the UAE just to experience the blockchain space.”

From Bitcoin Bay’s perspective, one of the key missing ingredients is a unified voice representing blockchain that liaises directly with all levels of government. Fiadzinu says it could help keep policymakers informed of the state of the technology.

A bit of “breathing room” would be helpful, says Fiadzinu, especially given the pace of innovation happening in the blockchain sphere. “Freemium, subscriptions, those are typical web 2.0 business models – with blockchain (there are) a whole bunch of business models we haven’t even discovered yet and that’s a great opportunity for businesses and startups here in Toronto.”