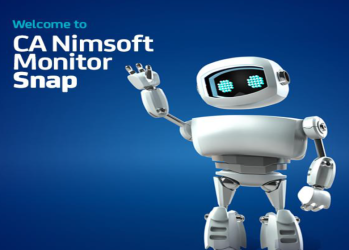 CA Technologies Inc. has launched a new freemium tool today for small businesses trying to get a handle on their IT services, based on their premium CA Nimsoft Monitor solution.

The key difference between the paid version and Snap is that Snap only supports monitoring for up to 30 devices, while the premium tool can monitor thousands in an enterprise-grade company.

Still, for small to mid-sized businesses (SMBs) who may not have IT monitoring readily available, monitoring for 30 devices could be enough, says Bill Talbot, senior director of product marketing. He adds this is CA’s “first foray into a freemium IT management solution,” as CA traditionally has targeted its products and services towards enterprise-size organizations.

“Most of the customers we speak to … they have the same kind of insane, rising service level expectations as my counterparts do at the much larger IT organizations. But the other challenge is they’re very limited in resources in some degree, whether that’s time, money or people,” Talbot says.

“Some customers have five or less people on their IT staff, and you know, one day somebody’s the server admin. Next day or even next hour, they put on their network admin hat or switch over to the server and storage admin. So there’s a need for them to have network and monitoring tools so they can see across their IT infrastructure.”

It’s very quick for SMBs to deploy Snap, Talbot adds. Beta testers have taken under an hour to download and install the program before they begin using it.

At the same time as its release of Snap, CA is also updating its premium version of the tool, the Nimsoft Monitor solution, from version 6.6 to 7.0. The two versions of the monitoring solution will receive updates at the same time.

CA integrated this monitoring tool into its portfolio when it acquired Nimsoft Inc., a Norwegian IT monitoring company, in 2010 as part of its push to reach out to the SMB market. The premium version of Nimsoft Monitor includes multiple hubs, advanced notifications and reports, service level management, custom dashboards, RCA topology and relationship viewer, dedicated tech support, and the option to deploy the tool as a software-as-a-service solution.

While he couldn’t give a ballpark number on pricing for Nimsoft Monitor, Talbot says it depends on an organization’s IT environment and the number of devices it wants to monitor.

While the freemium version doesn’t come with personalized tech support, CA has also opened up a community hub on its Web site called Snap Central. It will have forums for users to share tips and tricks on how to use Snap, as well as some insights from tech support using how-to videos.

Candice Sohttp://www.itbusiness.ca
Candice is a graduate of Carleton University and has worked in several newsrooms as a freelance reporter and intern, including the Edmonton Journal, the Ottawa Citizen, the Globe and Mail, and the Windsor Star. Candice is a dog lover and a coffee drinker.
Previous article
Fortinet launches newest high-throughput firewall appliance
Next article
Canadians have ‘naive belief’ hackers won’t target them: Trustwave