2012 will see rise of the two tablet household, Deloitte predicts

Mobile payments, big data, and the rise of multi-tablet households will likely dominate IT trends this year, according to a list of key tech predictions presented Tuesday by Deloitte & Touche LLP.

About 100 million tablets could be sold in 2012, more than doubling the47 million sold last year, said Duncan Stewart, director of research atDeloitte Canada and co-author of Deloitte’s 11th annual report ontechnology, media and telecom trends. Though it took 40 years for fiveper cent of households to own two TV sets, it will take less than threeyears for five per cent of homes to reach the two tablet threshold, hesaid.

Within a few years the proliferation of multiple tablets per owner willmake computing and connectivity pervasive in every room of the home,Stewart predicted, “so it’s essentially like a light bulb on theceiling.” 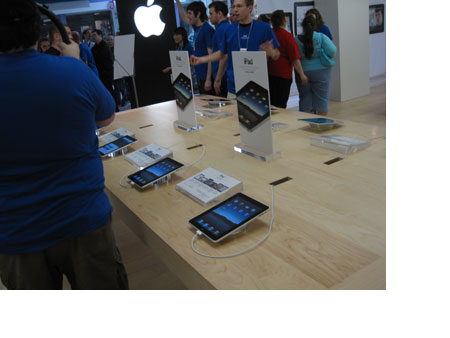 Many consumers will shop for asecond tablet this year, Deloitte predicts.

The desire to view video and TV content from anywhere at any time isdriving much of the double tablet phenomenon, with “catch up commuters”set to consume an estimated five billion hours of TV content on theirway to and from work in 2012, Stewart said.

In turn, that jump in online video and TV consumption is one factorleading to the rise of big data, along with increased use of the Webfor social networking, gaming and advertising. This “deluge of data”could grow by over 1,000 per cent in the next two years, Stewart said,boosting enterprise spending on big data storage and management toolseven though the global economy remains fragile.

“All of the sudden, traditional data tools struggle with those(volumes),” Stewart said. “About 90 per cent of Fortune 500 companieswill have big data projects (in place) by the end of 2012.”

Deloitte forecasts up to $1.5 billion worth of new big data projectsbeing initiated globally in 2012 (up more than tenfold since 2009),touching off 15,000 new IT hires in Canada over the next five years.The firm expects the earliest adopters of big data tools to be thepublic sector, financial services, retail, entertainment and media.

Turning to near field communications (NFC), Stewart said the mobilepayments technology will see a dramatic increase in its availability –but not necessarily its popularity.

“We think 2012 will be a transition year on NFC,” Stewart said, withthe number of NFC-enabled smart phones expected to double from 2011levels of 90 million.

The use of those NFC chips to actually complete purchases and other financial transactions won’t gain huge traction this year, however, since “consumers are skeptical” about security risks, Stewart said. Instead, he said consumers in 2012 will likely use NFC “less for payments and more for the other stuff you can do” with it, such as mobile gaming, gambling and health care applications.

Among Deloitte’s other predictions for the year ahead:

– Ultrabooks:“We think a lot of consumers around the world are going to embracethis,” Stewart said of the super thin, super lightweight Intel poweredlaptops. “Fifteen per cent of PCs (sold in 2012) could in fact beUltrabooks.”

– hard times for harddisks: people will migrate from hard disk drives to morepower efficient SSD storage for small mobile devices like smart phonesand tablets; as a result, SSDs will grab 90 per cent of the totalstorage market in 2012, up from just 20 per cent in 2006.

– data caps:with big data comes big traffic jams for ISPs, so Deloitte expectsproviders around the globe to move from unlimited data service plans for fixed wireline broadband use to capped plansthat charge extra fees for every GB that users go over eachmonth.

– traditional TV stillking: despite growing consumption of TV content on mobiledevices, “that’s still an extremely small piece of the pie,” Stewartsaid, making up only five to 10 per cent of all TV content viewingoverall today. Consumers love the convenience of mobile viewing butprefer a large, high quality screen as their primary TV viewing device,he said.

– BYOD:thisyear many enterprise IT managers and executives won’t bother setting uppolicies to police bring your own device use but focus on implementing IT tools to makesure those devices are properly supported and secure instead.

Christine Wonghttp://www.itbusiness.ca
Christine Wong has been an on-air reporter for a national daily show on Rogers TV and at High Tech TV, a weekly news magazine on CTV's Ottawa affiliate. She was also an associate producer at Report On Business Television (now called BNN) and CBC's The Hour With George Stroumboulopoulos. As an associate producer at Slice TV, she helped launch two national daily talk shows, The Mom Show and Three Takes. Recently, she was a Staff Writer at ITBusiness.ca and is now a freelance contributor.
Previous articleProduction has begun on iPad 3, report claims
Next articleCashing in on the 98% – Canadian mobile game maker grapples with business model