Mimes, candy, and other moments with flair from SuiteWorld ’16 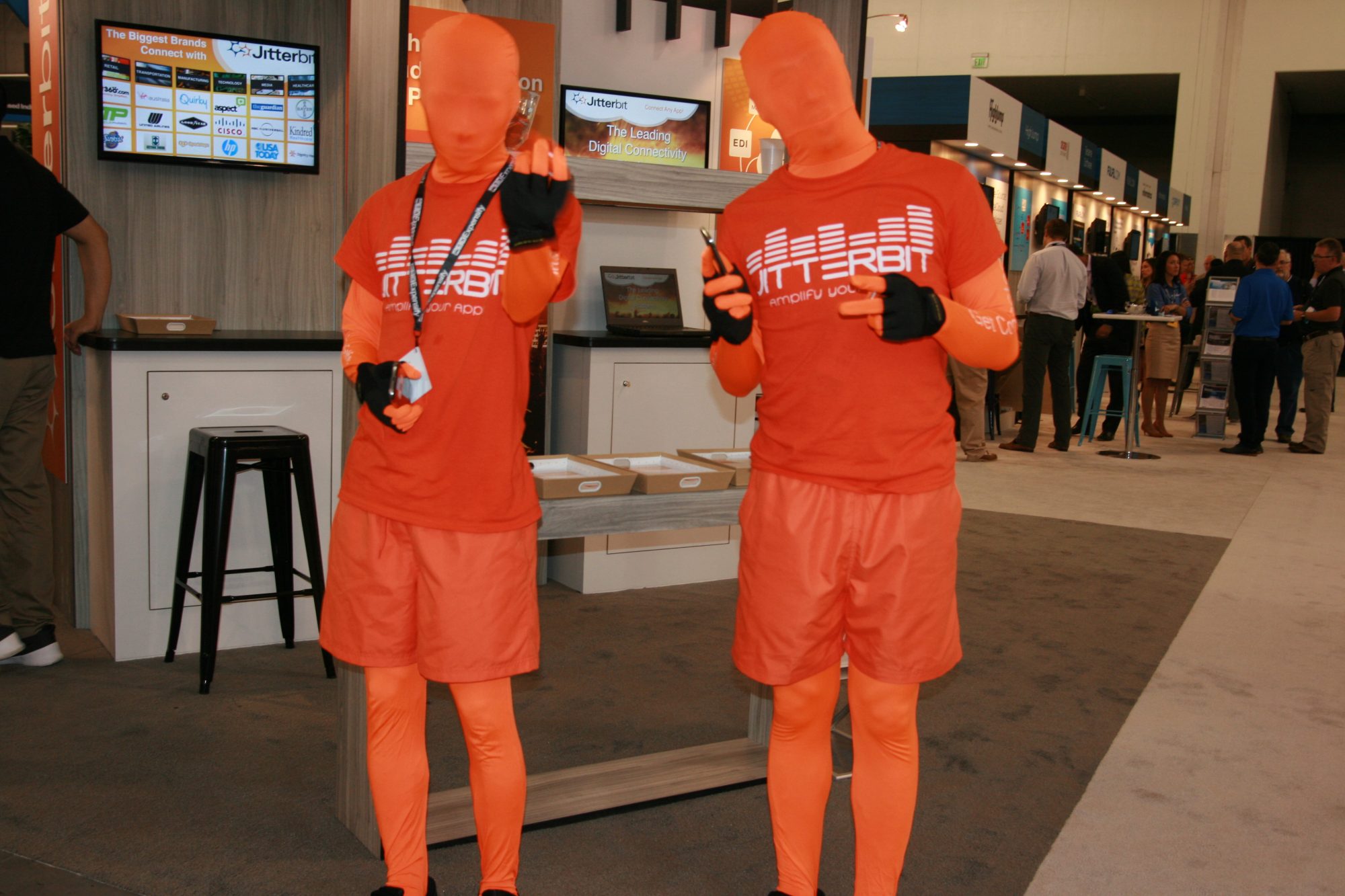 Join us as we highlight the surprising, the groundbreaking, and the just plain weird – like these mimes, who gazed at visitors as if trapped in invisible boxes, hid around corners, and handed out free earbuds, courtesy of iPaaS vendor Jitterbit. 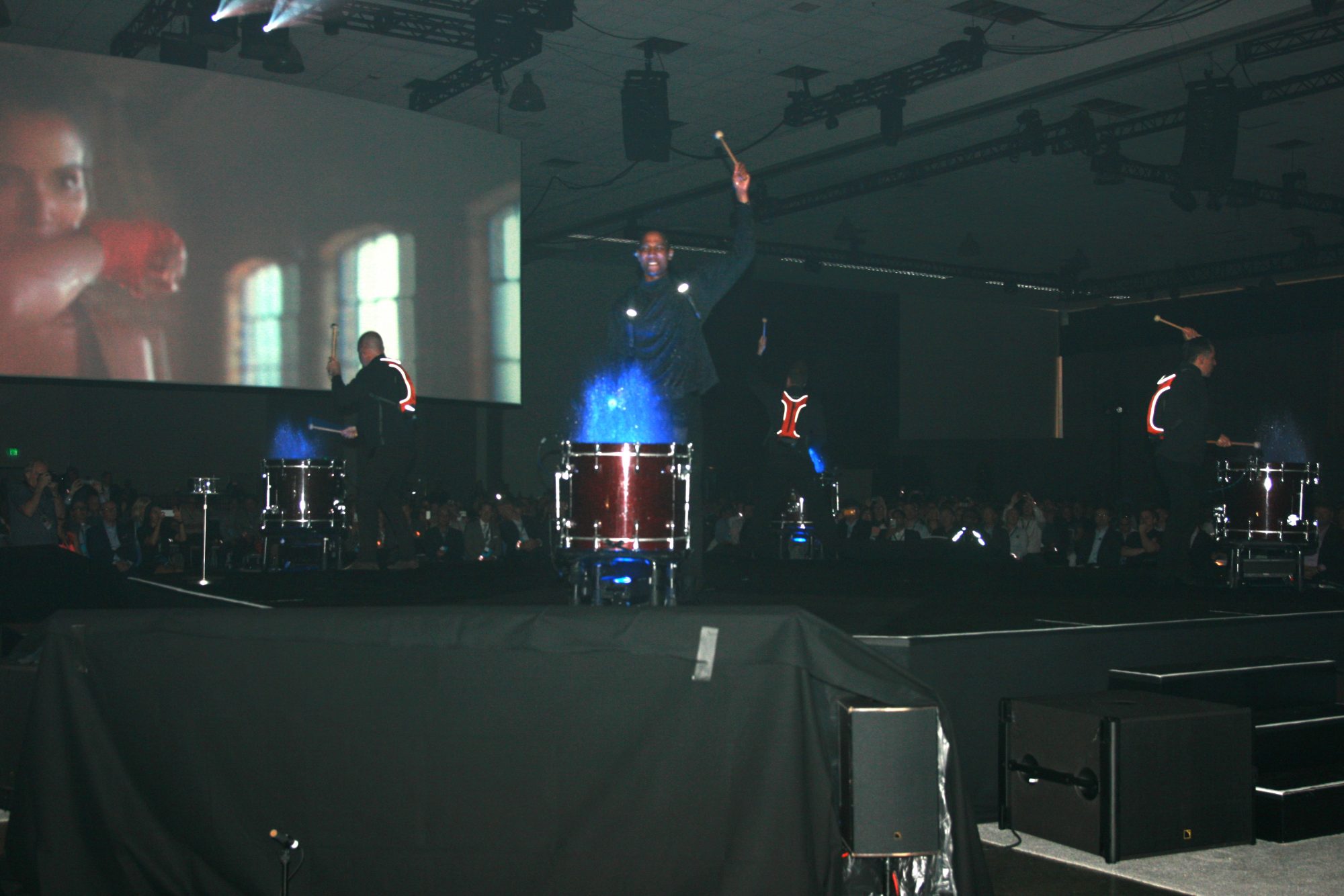 “[This is] how we start work every day,” NetSuite CEO Zach Nelson joked after a team of drummers did their best to ensure the audience was awake and ready for the company’s big keynote address.

Not pictured: NetSuite founder and chief technology officer Evan Goldberg, who made his surprise appearance by joining the drummers before his speech. 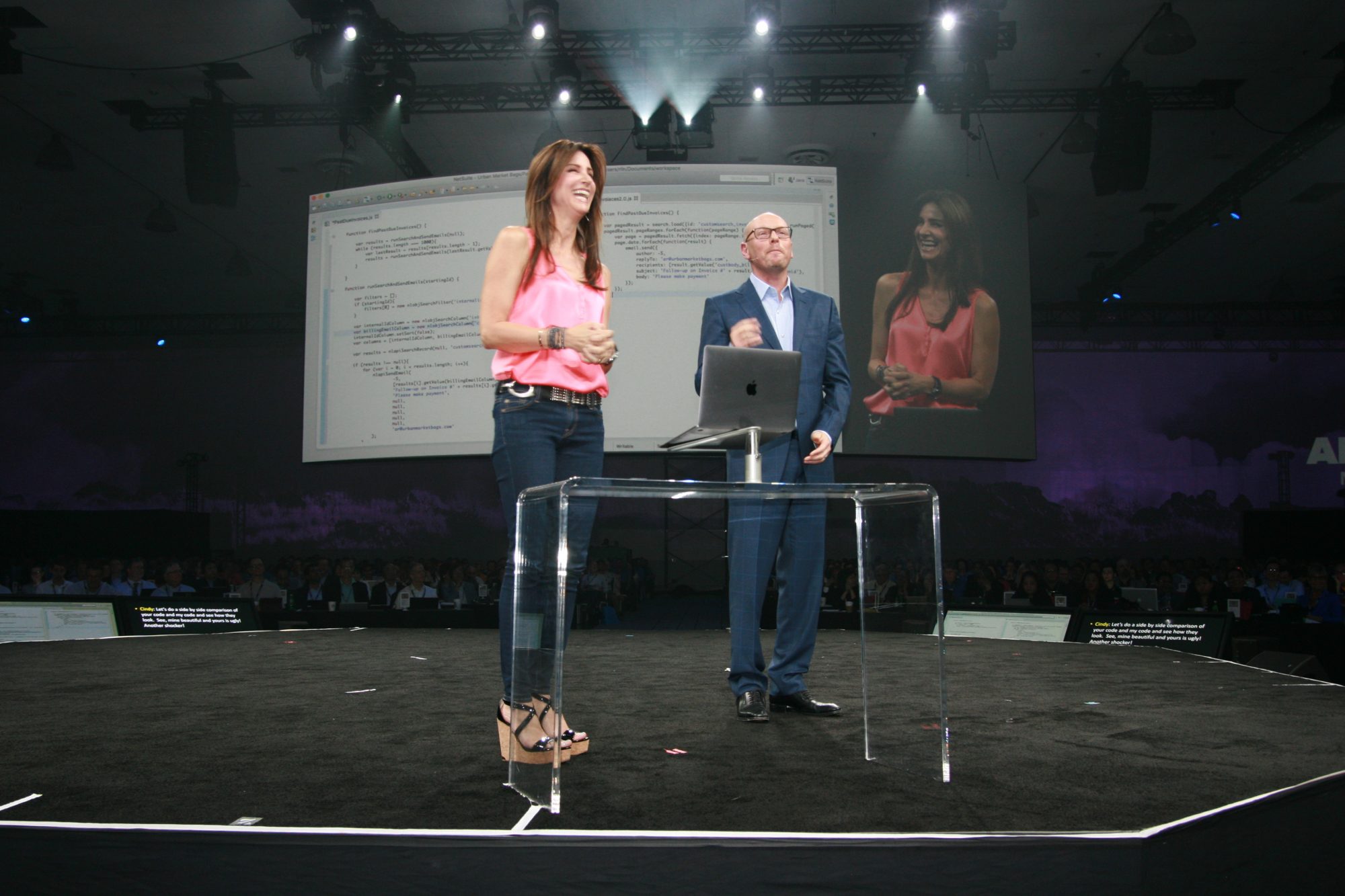 While demonstrating SuiteScript 2.0, NetSuite’s newly upgraded HTML coding software, Goldberg invited his wife, Cindy, to join him, deciding the SuiteWorld keynote was as good a time as any to begin designing the website of her own venture, a reusable shopping bag manufacturer.

For reasons we’ll just assume were unrelated to the demonstration, Goldberg started coding an extremely inefficient website, which Cindy helped him clean up – using SuiteScript 2.0. 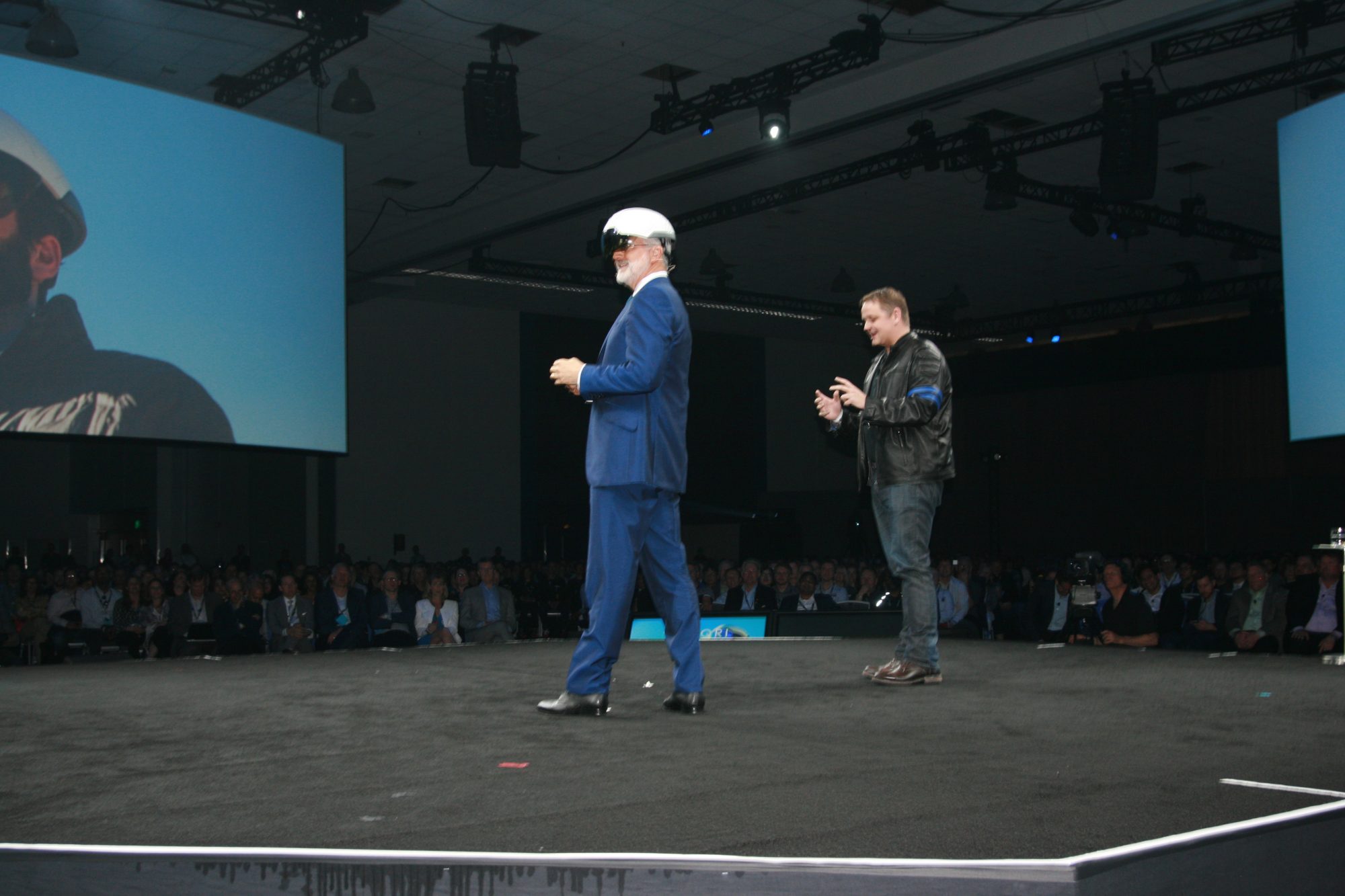 The NetSuite platform is only as strong as the partners who use it, a theme the company’s executives returned to time and again during SuiteWorld, often before inviting those partners’ representatives onstage to join them. 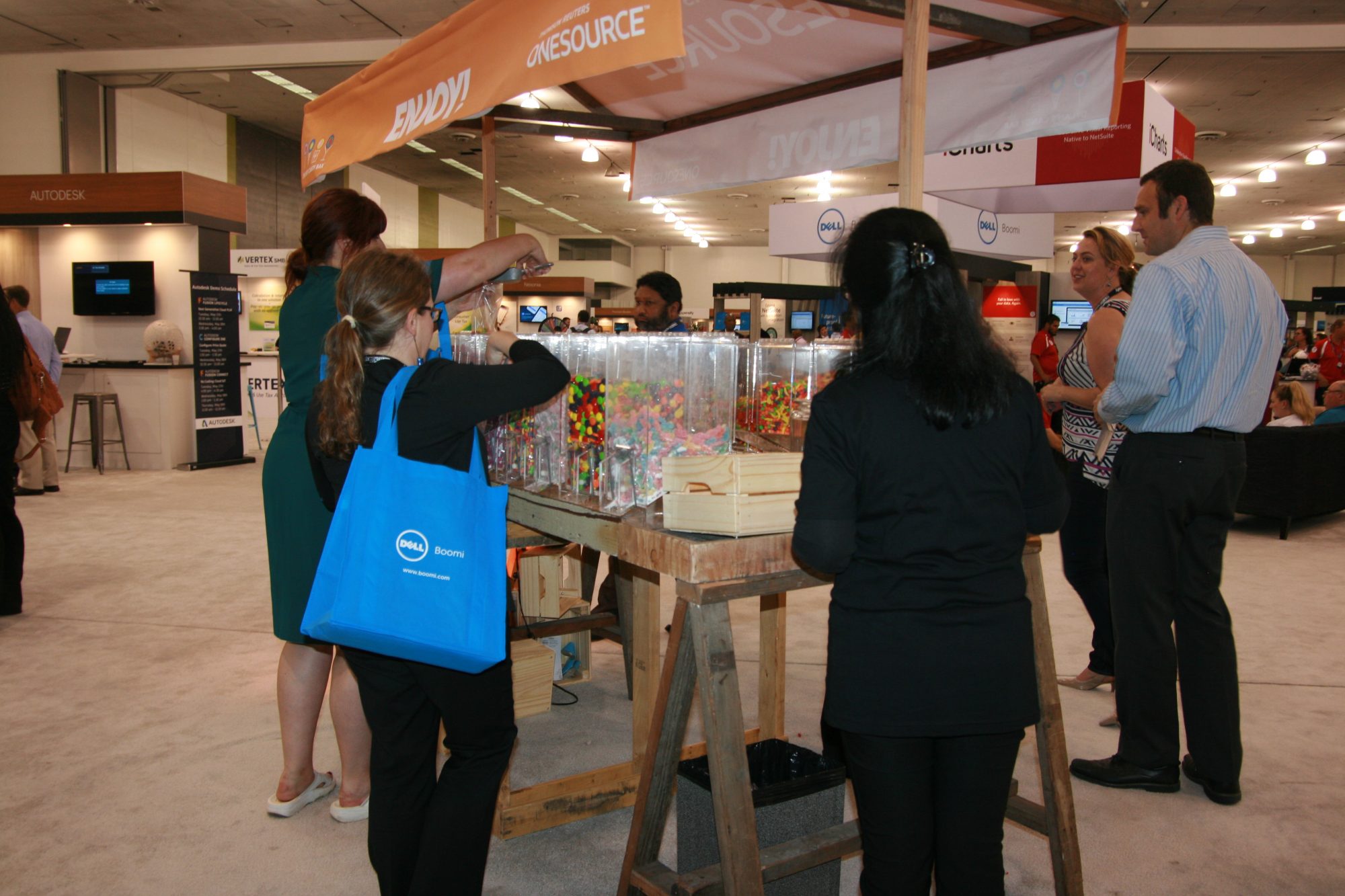 If any SuiteWorld attendees suffer cavities in the next week or so they can blame Thomson Reuters’ accounting service, OneSource, which did its part to ensure visitors maintained their energy (or at least hyperactivity) on the show floor by providing all the candy they could possibly want. 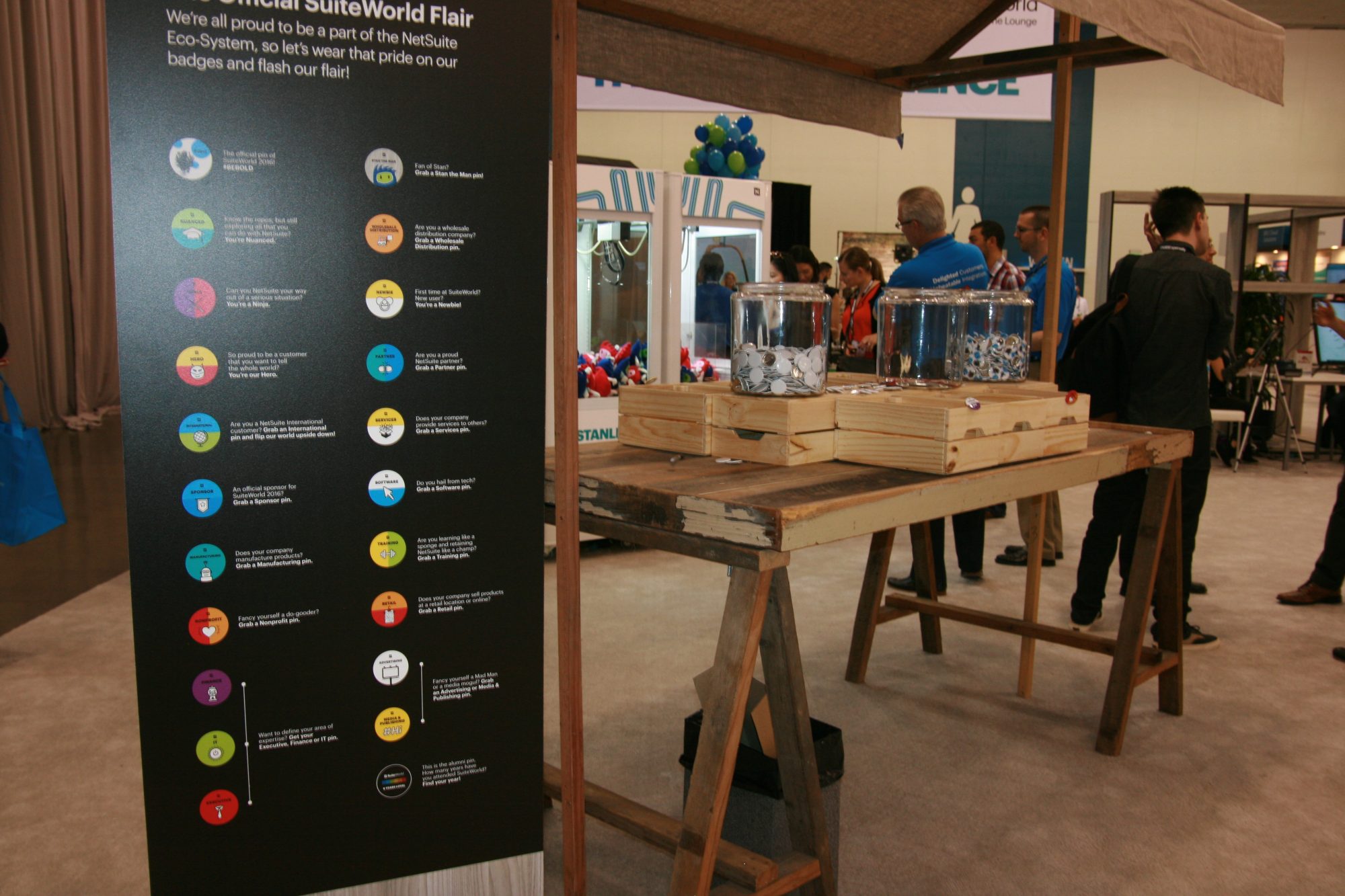 Less popular was the SuiteWorld Flair Cart, which should come as no surprise to anyone who’s seen Office Space.

Or perhaps we shot this image late in the conference, after the best flair had been taken already. 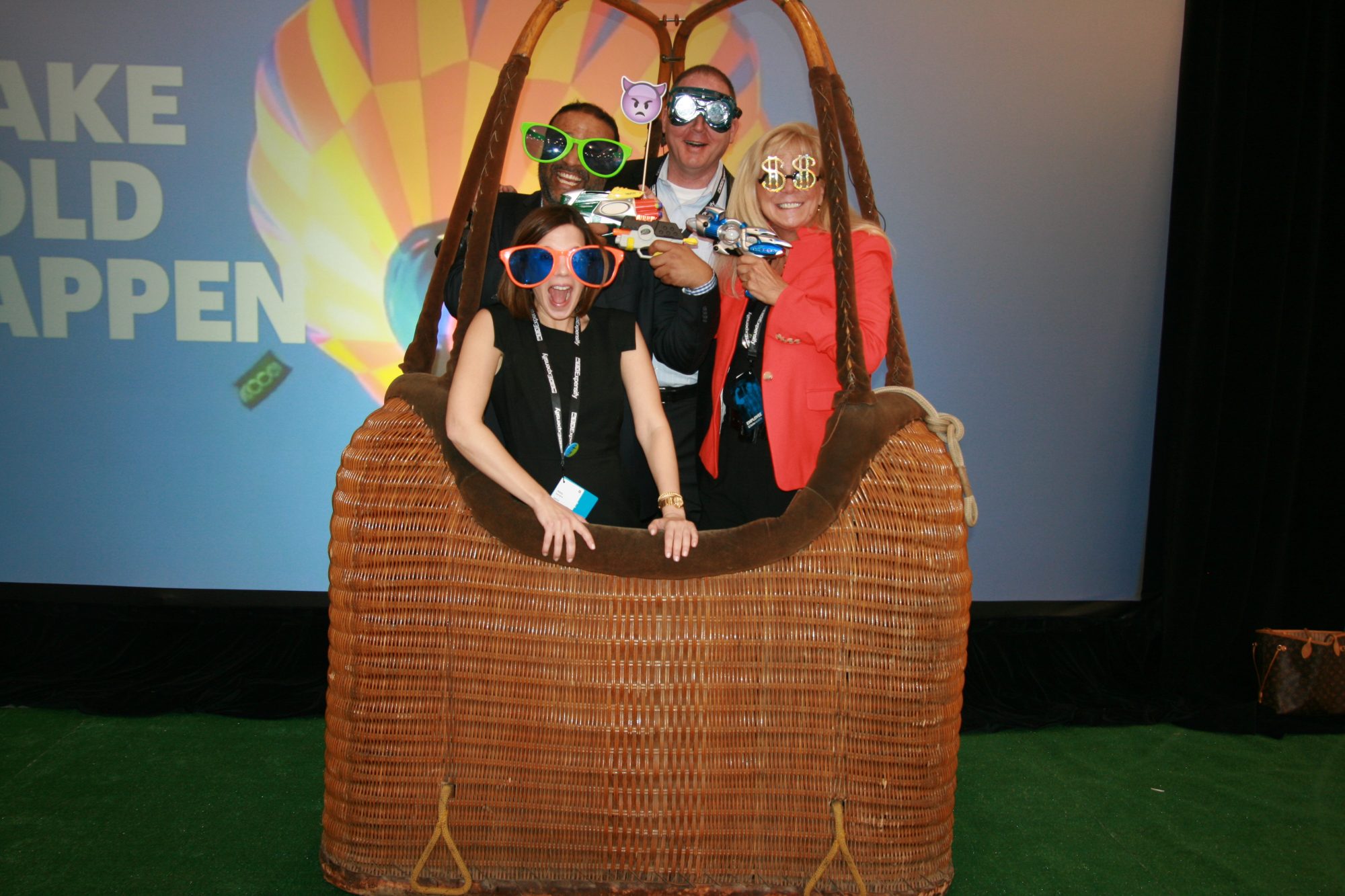 We’re guessing – don’t take our word for it – that Snapchat was behind SuiteWorld Moments, a display as eye-catching as it was head-scratching: visitors were encouraged to try on some props, pose for their colleagues in front of a suburban backyard, front door, or this hot air balloon basket placed in front of a gigantic screen that sporadically displayed aerial footage, and share it on… Snapchat. 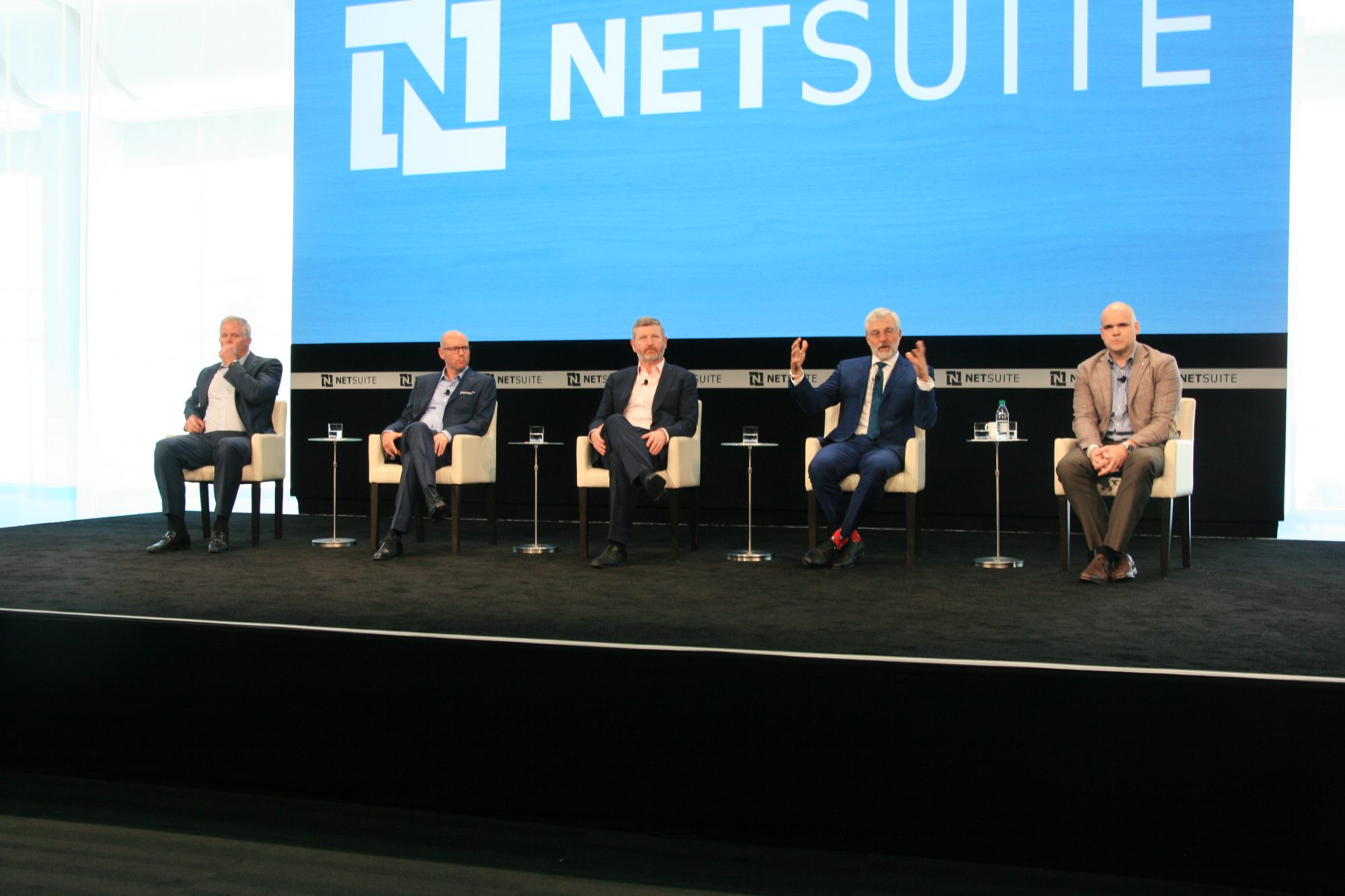 One might ask: in the world of cloud software, which is superior, NetSuite or Salesforce? NetSuite CEO Zach Nelson has his own opinion, of course, and wasn’t afraid to share it during a discussion. 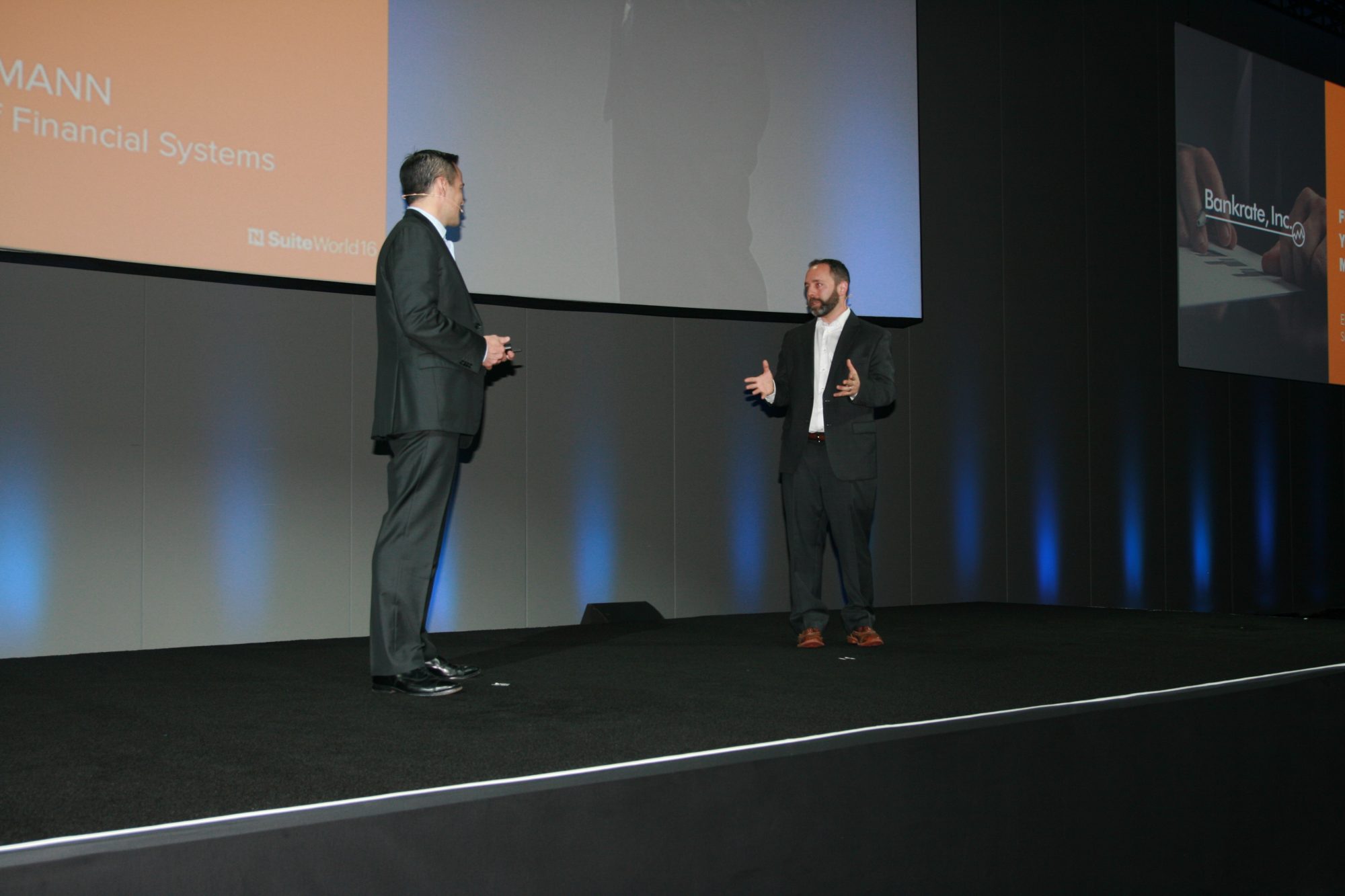 Another industry colleague welcomed onstage during a keynote was Eric Luehmann (right), senior financial systems director for financial services provider Bankrate, Inc. When Luehmann arrived the company was going through a painful transition but, NetSuite industry director Chris Hering (left) assured the audience, emerged all the better for it. 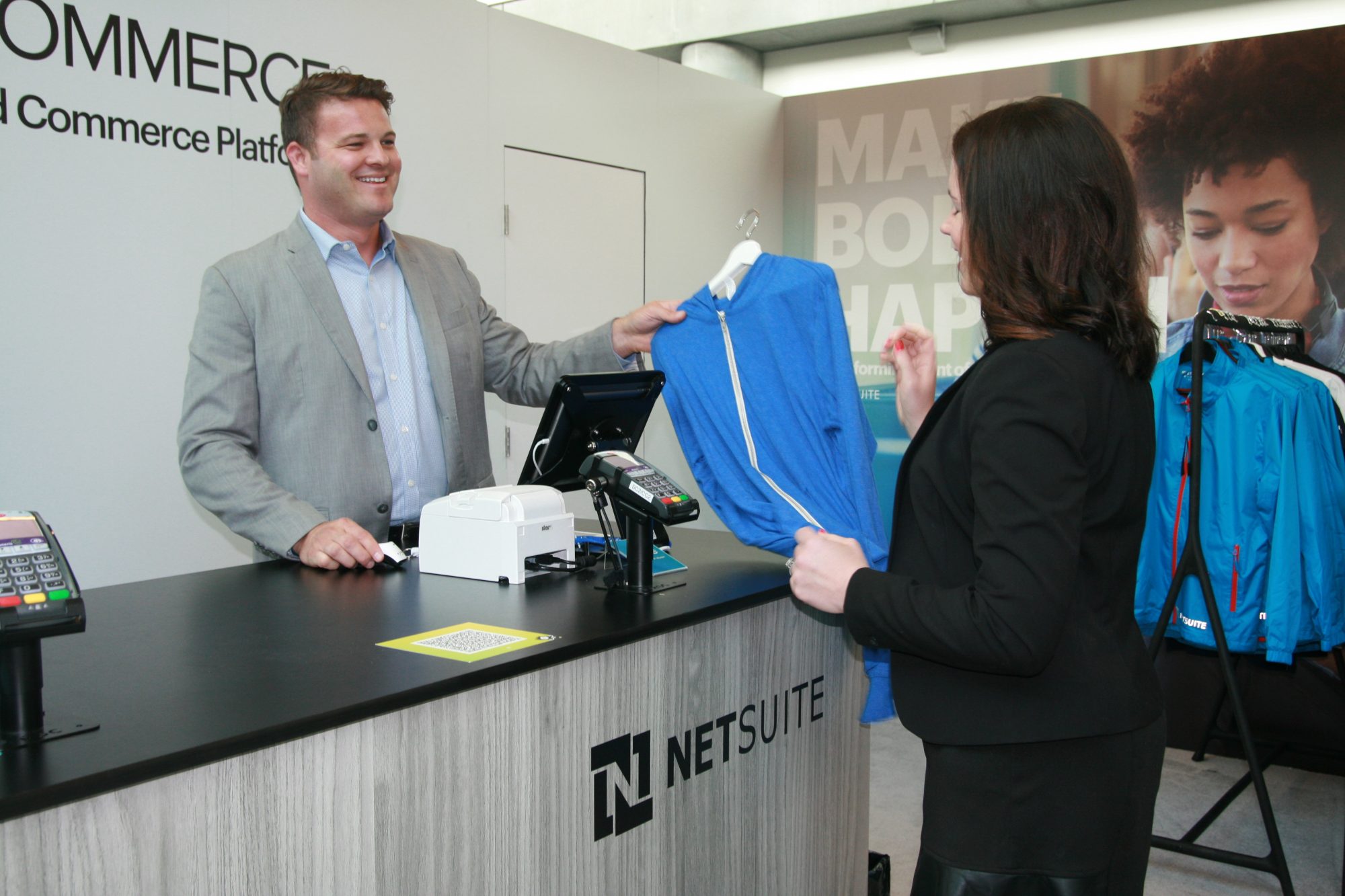 As members of the press, we were offered a free backpack, a free thermos, and a free box of premium chocolate, while attendees in general were offered everything from flashlights to pocket screwdrivers.

Clothing, however, appeared to be restricted to the NetSuite store, here being temporarily managed by Branden Jenkins, the company’s general manager of global retail. 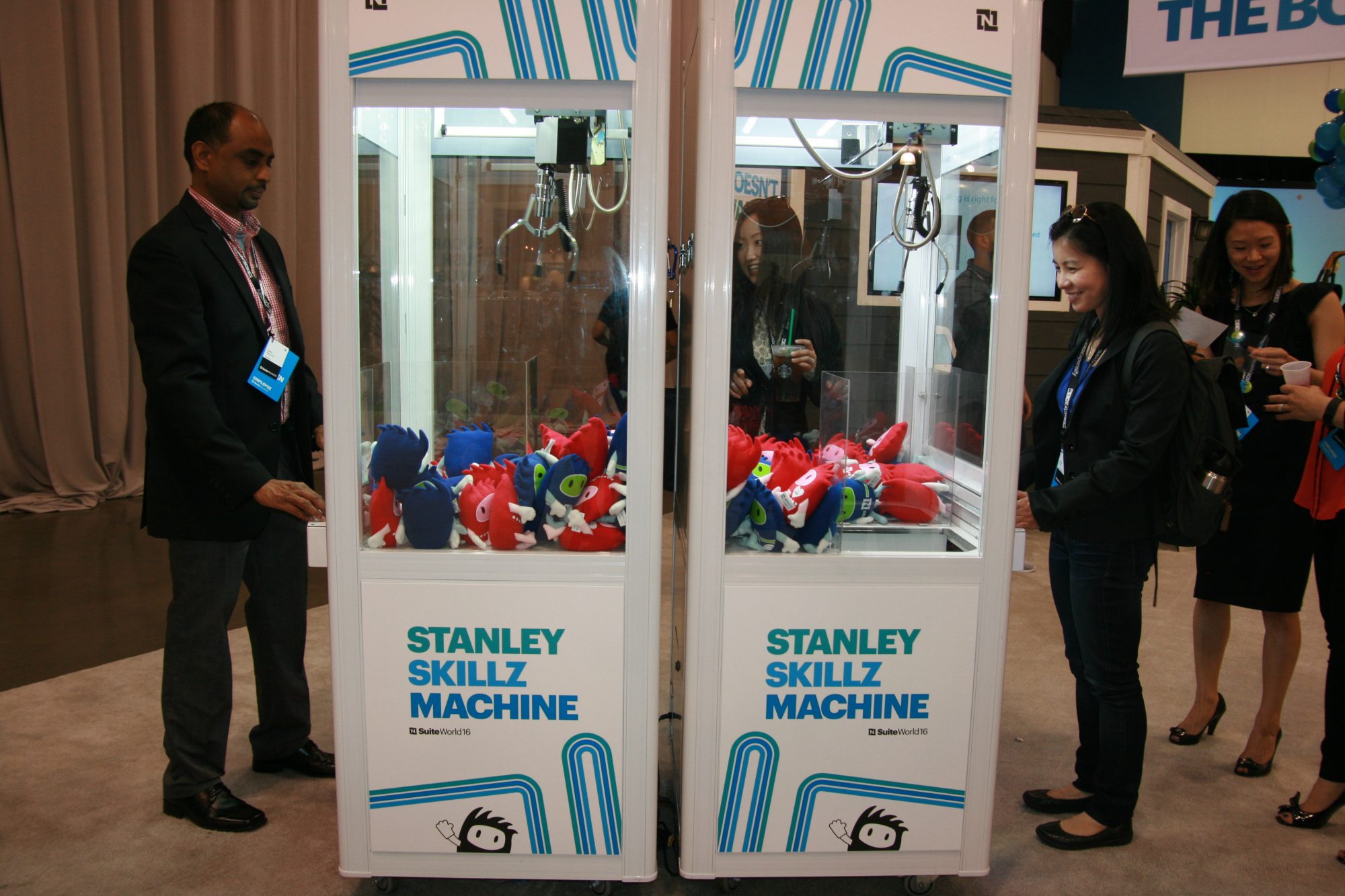 There are worse ways to make an impression on your visitors than by inviting them to play with a crane catcher. Possibly sponsored (or cosponsored) by Twitter, Tweet for Stanley invited attendees to try their luck at catching their very own stuffed Stanley or Sally – and tweet about it using the hashtags #NSW16 and #NetSuite. 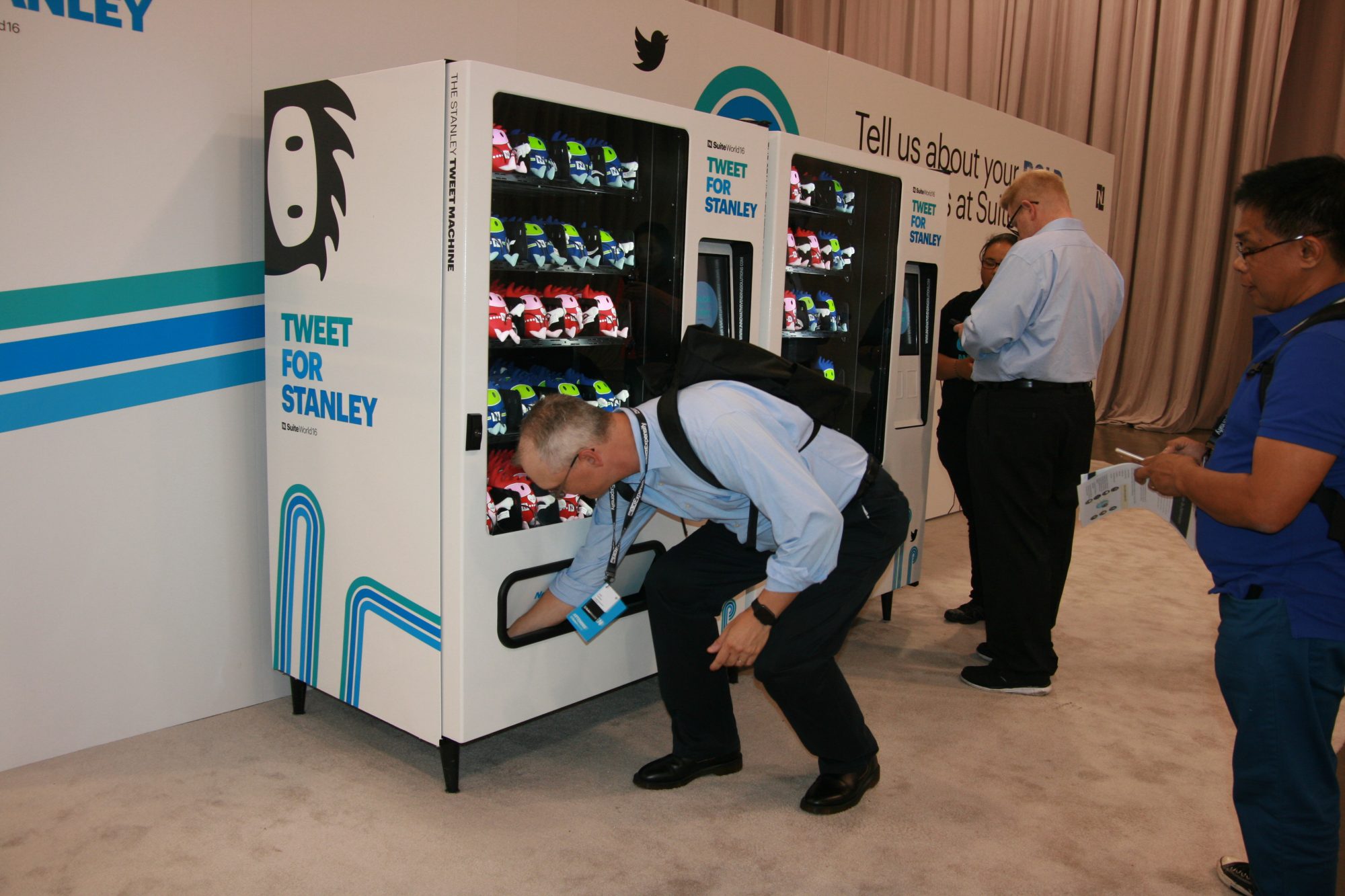 Those who didn’t have the patience to use a crane catcher could simply pick one up from a pair of nearby vending machines. 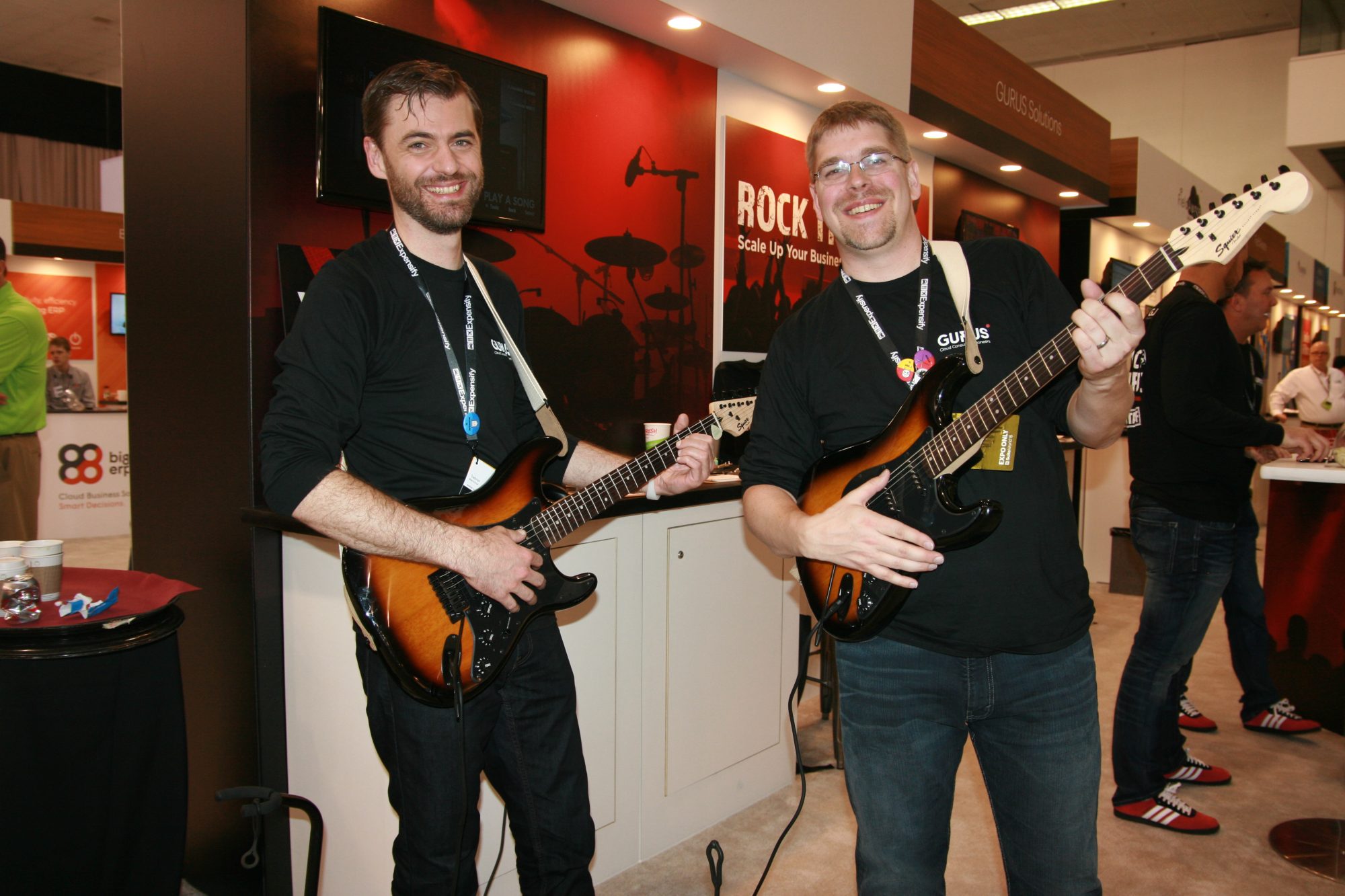 Montreal-based Gurus Solutions offered two of the largest prizes at the show, inviting visitors to enter their business cards for a chance to win one of these electric guitars. 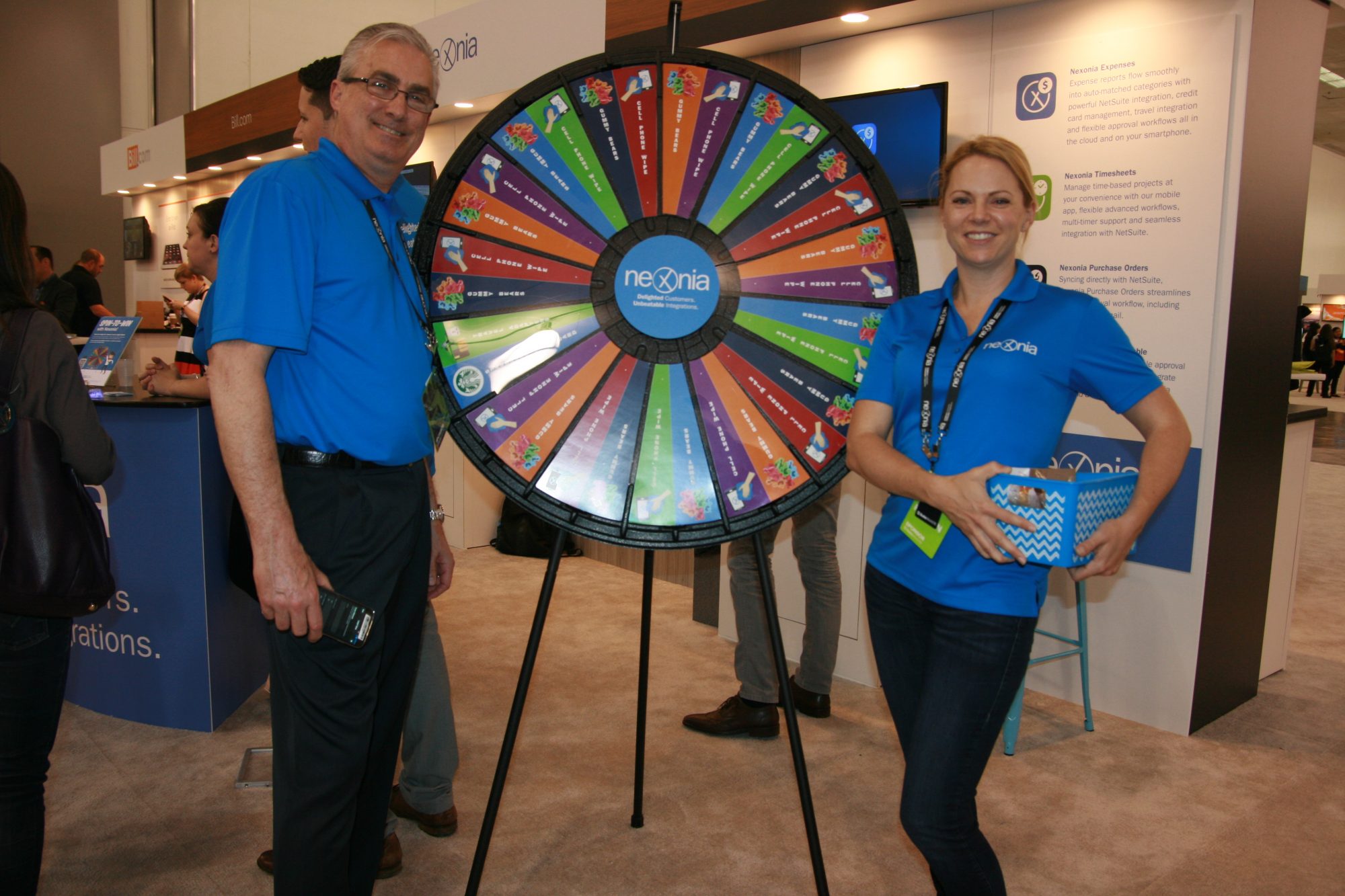 We spoke to cloud solutions provider Nexonia during our first day at SuiteWorld, but we’d be remiss if we didn’t congratulate them for their efforts to provide visitors with a steady stream of rewards, courtesy of the fabulous Wheel of Wonder. (For the record, we won a packet of gummy bears.)

7 ways smartphones need to be different in 2016