Microsoft launches Office for iPad, plus 4 other ways to use it

Microsoft Corp.’s code-name for its future release plan for Office products is “Gemini,” according to ZDNet blogger Mary Jo Foley.

While Foley doesn’t reveal her sources for the information, she has a pretty good track record when it comes to nailing down Microsoft’s plans. What Gemini means is that Microsoft Word, Excel, PowerPoint, and OneNote are getting make-overs for a release this fall, perhaps to better align with the new touch-interface of Windows 8. The newly released Office 2013 apps run in desktop mode on Windows 8 and Windows RT, and Microsoft likely wants a good lure to its tablet devices.

Also, starting in 2014, Microsoft will be looking to push its Office 365 subscription model that sees Office applications delivered as a service over the Web, no matter what device you are using. That’s good news for Apple iPad and Android tablet fans that want to be productive with the tablet hardware of their choice. But what if you just can’t wait until next year to start editing spreadsheets or creating slideshow presentations on your tablet? 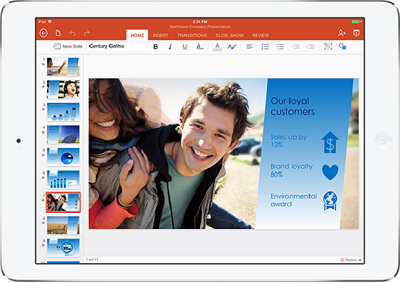 It’s finally here – Microsoft has released Office for the iPad, and Apple business users everywhere are rejoicing. Yesterday, Microsoft announced it was launching Word, PowerPoint and Excel on Office, with the free versions allowing users to read documents and run presentations on PowerPoint. However, with an Office 365 subscription, users will be able to edit documents directly from the iPad.

“Every day we hear from you how important it is to have a great productivity experience on all the devices you use,” wrote John Case, vice-president of original equipment manufacturer marketing,  in a blog post. “But this isn’t simply Office on another device. We thought a lot about what people want to do when they’re on their tablet, iPad functionality, and touch-first when we were building Office for iPad. We reimagined Office on the iPad, while retaining what people love about Office.” 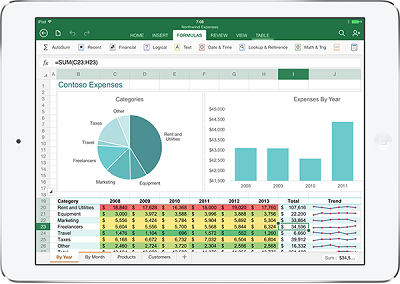 With Microsoft’s release of Office for iPad, documents are touted as looking the same way they do on PCs or Macs, with everything formatted in the same way on Word for images, tables, and footnotes, while Excel comes with the right charts, conditional formatting, and filters. PowerPoint presentations also have transitions, animations, and speaker notes.

However, Microsoft has adapted the touch experience of the iPad for Office, ensuring users can just create, edit, and format documents using touch, without a keyboard and mouse.

And of course, all of the apps are integrated with Microsoft’s cloud. That allows users to switch devices and access updated documents in OneDrive, OneDrive for Business, and Sharepoint. 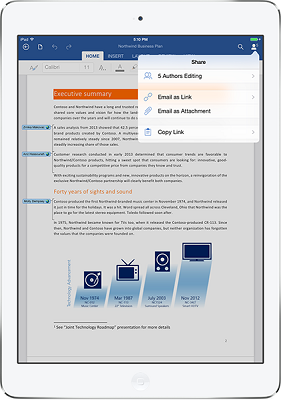 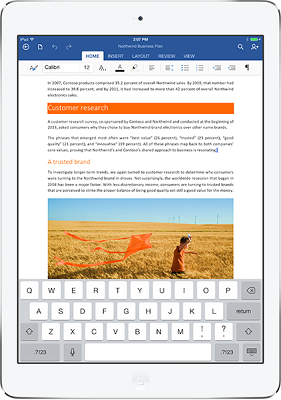 While some may be happy they’ll finally be getting the full Office experience on their iPads, others may still be looking for workarounds if they don’t want to subscribe to Office 365. Here’s a list of four ways users can skip the official versions of Office and still run it on iPad. 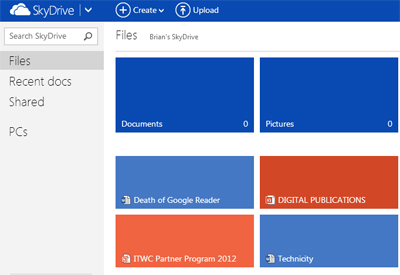 The first place to go when you want to edit Microsoft Office documents on any platform is… Microsoft. While we’re waiting on a slicker UI to be deployed to whatever tablet device we’re using at the moment, SkyDrive is a pretty good alternative until then. It has a reflexive design that is in the style of Windows 8 and more importantly, works when accessed from any Web browser on any device. Just visit skydrive.live.com to get started with your Windows account. You can created, edit, or share Office file types including Word, Excel, PowerPoint, or OneNote. It’s all for free, and you can even use apps to keep your documents in sync on local storage (up to 7 GB) and edit them with other Office compatible apps you have. SkyDrive was formerly marketed as Office Web Apps.

This is a great and free option to use Microsoft Office on your iOS or Android device, be it a tablet or smartphone. This app allows you to to create or edit Word, Excel, and PowerPoint documents and connect to your cloud storage services including SkyDrive, Box, Google Drive, and Dropbox. As insinuated by the name, you do have to be connected to the Internet for the app to work. It relies on a virtual workspace to access full versions of Microsoft Office apps, and Adobe Reader and Filer Viewer.  In the App Store, CloudOn gets a rating of three out of five stars, with negative comments being about slow performance and failure to successfully auto-save. CloudOn Inc. says it will be introducing a freemium business model for the app eventually. 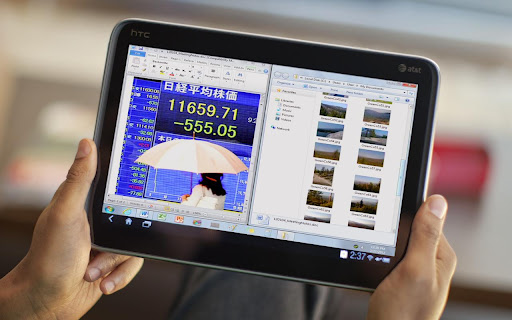 Similar to the virtual app approach that CloudOn takes, OnLive Desktop goes a step further by creating a full virtual Windows machine for you to access with your iPad or Android tablet.The free version gives you access to Microsoft Word, Excel, PowerPoint and Adobe Reader plus includes 2 GB of storage. For $5 per month, you get access to more virtual PC features like a Flash-compatible browser. OnLive plans to bring support to smartphones soon. A 1 Mbps minimum speed Internet connection is recommended. On Google Play, the app gets 3.5 out of 5 stars, with negative reviews highlighting some compatibility issues. 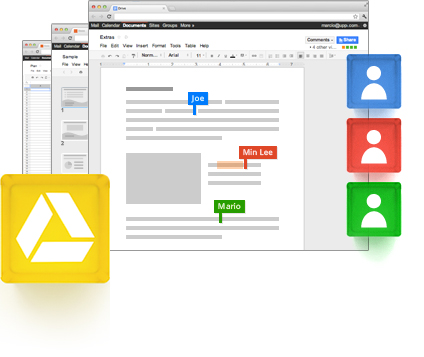 While this browser-based productivity suite isn’t as full featured as what’s on offer in SkyDrive, Google’s version still lets you get the job done in most situations. Plus the suite has seen more features added over the years and it is fairly light weight to run on any tablet. Formerly known as Google Docs, these tools come with 5 GB of free cloud storage and apps you can use to sync files to your iOS and Android devices. You can create or edit documents in Microsoft Word, Excel, or PowerPoint formats and also create forms or drawings.

Features and benefits of Office 365