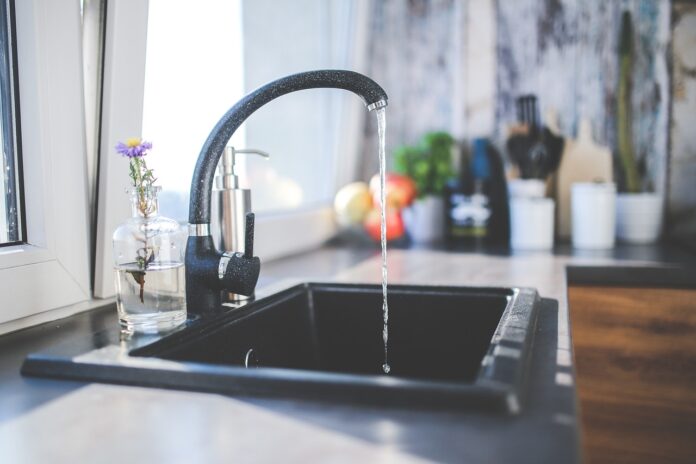 It can be argued that the smart electrical meter no longer qualifies as breakthrough technology by virtue of the fact so many are in existence. New Brunswick Power, for example, states on its web site that upwards of 80 per cent of Canadians already have a smart meter installed and that they are “essential to building a smarter, cleaner, more reliable and efficient power grid.”

When it comes to water management, the need for something similar is obvious. The problem is that while some progress has been made, it has certainly not happened at the breakneck pace that occurred in the electrical power industry.

It is, in essence, a completely different story and for a number of reasons.

Steven Lupo, managing director of Trilliant, a Canadian provider of offerings for advanced metering infrastructure (AMI), smart grid, smart cities, and the industrial internet of things (IIoT), said that particularly when it comes to tracking water consumption, until recently it has been the “complete opposite” of a data-driven offering.

“We’re talking about a very traditional infrastructure – in some cases, water­­mains that are over 100 years old,” he said.

Any monitoring of residential usage, for example, in many municipalities, he said, is hardly considered to be smart.

“From a Trilliant perspective, smart water is utilizing a much more intelligent endpoint device – so something that is not your typical mechanical water meter.

Lupo said that there is very little difference between a water meter manufactured 50 years ago and one manufactured five years ago. In both cases, a wheel is attempting to turn in order to generate a reading.

An example of a smart water initiative in action occurred last month when Trilliant announced the completion of a wireless metering initiative with Provident, a Concord, Ont. energy services and submetering firm that specializes in multi-residential complexes.

Under the terms of the agreement, its technology has been installed at a townhouse complex in the Don Mills region of Toronto where water meters have been installed in basements below grade level. Meter Interface Unit (MIU) transmitters, which are also located in basements, are connected to the meters via a short cable.

A wireless access point is located on a streetlight pole in the middle of the complex, between two townhome structures. Meters are read by MIUs at 30-and 60-minute intervals and data about water usage is sent back to Trilliant every six hours. The data is processed, and then forwarded to Provident for billing purposes.

According to a release, the “access point reads the MIUs wirelessly, eliminating the need to run wires through floors and walls.

“Basements in particular present challenges for most wired and wireless applications, especially when attempting to install the solutions later in the construction process. There is generally poor line of sight, which can require more nodes, and weak signals overall.”

Trilliant said it has installed similar configurations in Chile, Dominican Republic, Peru, Japan and the U.K.

“At the end of the day, all of these products, including the software, are designed to bring awareness and to bring an elevated customer experience,” said Lupo. “Ten years ago, when many of these types of solutions were coming around it was around billing accuracy.”

He described it as the “digitalization of the infrastructure,” and instead of having humans read water meters, for example, daily availability of data regarding consumption is now possible.

Smart water means far more than that. An example of that comes from Toronto-based Fer-Pal Construction Ltd. that uses trenchless technologies for watermain replacement projects.

“They’ve had a lot of success across Canada in doing that, but regardless of rehabilitation and or replacement exercises, monitoring is key,” said Lupo. “Ensuring that as a consumer, I’m getting a bill that I can rely on, that I know that it’s based on real data and not assumptions or estimates. That’s the first thing.

“But the second thing is moving upstream along the infrastructure itself, and monitoring the various takeoff points. That’s how they are going to ultimately raise the bar yet again, and understand exactly OK, ‘this is what we are distributing at this point, and let’s understand the entire system itself.’”

That, he said, could lead to some “very cool technology utilization, like digital twins, where you have a virtual representation of a water distribution network now and you’ve got actual data points feeding in and analytics constantly looking at those data points and saying, hmmm, ‘something is wrong here, this pipe typically runs at this much. And all of a sudden, which is very typical based on time of year, temperature and all this other stuff, it’s running at double that.“

Digital twin technology, he said, was pioneered by General Electric in regards “to their aircraft engines. It was all about the better management of critical and complicated infrastructure. And I would put a jet engine in that category.

“The same approach has to be taken with water. It has been ignored – you have still have tens of thousands of houses in the city of Toronto that don’t even have a water meter, they are billed on flat rates. No way should that be taking place in 2022 and beyond.” Paul Barker
Paul Barker is the founder of PBC Communications, an independent writing firm that specializes in two specific areas: The creation of marketing communications content for businesses of varied size and scope, and freelance journalism. He has extensive experience as a reporter, feature writer and editor and has been covering technology-related issues for more than 30 years.
Previous article
Privacy rights must be respected in digital ID systems, say Canadian regulators
Next article
Hashtag Trending Oct. 26 – India fines Google; Snap shares plunge; WhatsApp is back online following outage