“Travail” and “travel.” Have you ever noticed how those two words sound similar?

It’s no coincidence–they come from the same Middle English root meaning to torment, labour, strive, or journey. And sure enough, even today, travel can be hard work. You have a lot of things to keep up with, especially if you fly with a bag full of electronics.

Trying to keep your gadgets charged? Wish you could put a lid on mobile phone bills while roaming internationally? Want to stay connected to the Internet, without paying for yet another wireless carrier contract? I’ll show you what you need to stay in the know when you’re on the go. 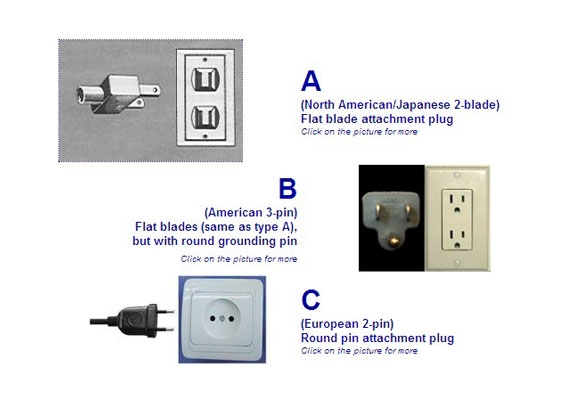 When traveling abroad, you’ll need a power plug adapter specific to the country you’re visiting. The adapter lets you plug a two- or three-prong power cord from North America into a wall socket in a distant land.

If you’ll be traveling to multiple countries, try Kensington’s $30 Travel Plug Adapter with USB Charger . The adapter lets you plug in a device, such as notebook, in any of more than 150 countries. You can also use it to recharge a USB device, such as an iPod.

Alternatively, you might get an adapter or two that are specific to the country you’ll be visiting. Single-plug adapters are cheaper (about $5 to $6 each) and more compact than Kensington’s adapter. Steve Kropla’s World Electric Guide and Magellan’s are good resources for figuring out which adapter you’ll need.

To minimize the number of power plug adapters you’ll need outside the United States, consider Kensington’s $45 Power Adapter for Netbooks. It can simultaneously recharge various netbooks (using interchangeable tips) and one USB device.

And you can keep it in your netbook bag as a spare power brick. The adapter operates in a range from 100 to 240 volts, so it’s compatible with the level of electric current used in most countries outside North America. (You’ll still need to use a power cord adapter to insert the Kensington Power Adapter for Netbooks plug into a wall socket outside North America, however.)

If you frequently fly within the United States, pack a multidevice recharger from iGo, Targus, or Belkin. These power bricks let you simultaneously charge a laptop and another device (such as an Apple iPhone), and they cost $60 to $120.

Depending on the model you choose, you may be able to recharge devices in a car or from your airplane seat, as well as at a wall socket. The downside: Some multidevice adapters don’t support voltage in the range of 100 to 240 volts, so you may not be able to use them abroad.

Bring Your Own Surge Protector

In some areas, current is questionable at best, so consider traveling with a portable, universal surge protector. Targus Mini Mobile Surge Protectors are tiny, come in a package that contains one two-prong version and one three-prong version. The package costs about $19, and the surge protectors work on electric systems with a voltage of 110 to 230 volts. 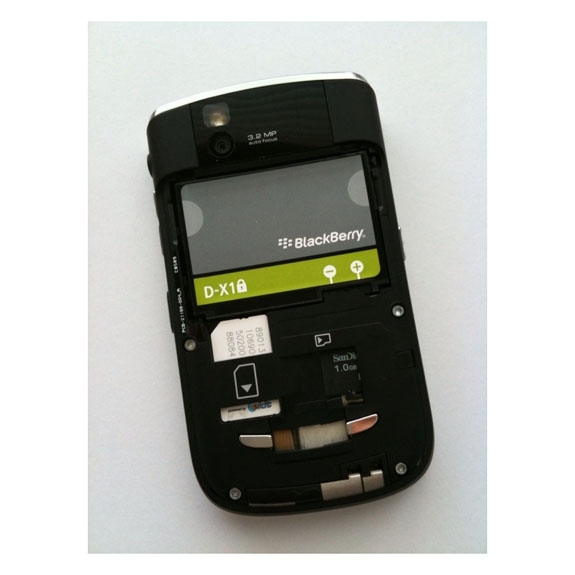 To save money on mobile phone costs while you’re abroad, buy a SIM card in the country that you’re visiting and pop it into an unlocked GSM phone.

A SIM card is a small chip that you insert into the appropriate slot on your phone. That slot may be inside the phone, as is the case with the BlackBerry Tour 9630 shown above. (The SIM card is the white card on the left.)

Buying a prepaid, local SIM card helps you avoid paying expensive international roaming fees to your wireless carrier. Also, the phone number associated with your SIM card will be local to the country where you purchase the card. As a result, people in that country can call your mobile phone without international tolls.

Buy a SIM Card Before You Leave 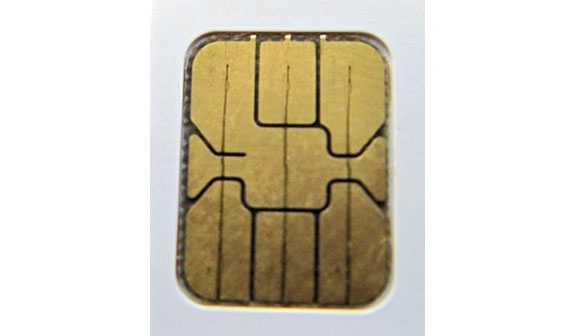 You don’t have to put off buying a SIM card for another country until you’re overseas . Example: Prior to embarking on a trip to the UK, I purchased the Passport US SIM Card ($29; includes $10 of airtime) from Telestial. The card gave me both a U.S. mobile phone number and a UK one.

When someone dialed the U.S. number and I answered in the UK, the caller paid only U.S. long-distance charges (or none, depending upon their phone plan). I paid $0.19 per minute to receive those calls–a lot less than the $0.99 or $1.29 per minute I’d have had to pay AT&T, my wireless carrier, for international roaming with my Apple iPhone.

Other prepaid SIM card options for multiple countries are available from Mobal, One SIM Card, and Roam Simple, among others.

To use a local SIM card when traveling internationally, you must have an unlocked GSM phone.

Most U.S. mobile phones operate on a GSM (AT&T, T-Mobile) or CDMA (Sprint, Verizon Wireless) network. GSM is the global standard; CDMA is particularly strong in the United States.

But most CDMA phones aren’t meant for global travel. There are exceptions, such as RIM’s BlackBerry Tour, which operates on Sprint’s CDMA network in the United States and on GSM networks internationally via a SIM card.

For maximum flexibility, get an unlocked, quad-band GSM phone. It will work on any GSM network in the world (there are four GSM bands altogether). Furthermore, it’s not tied to a specific wireless carrier, as the iPhone is tied to AT&T’s network in the United States. 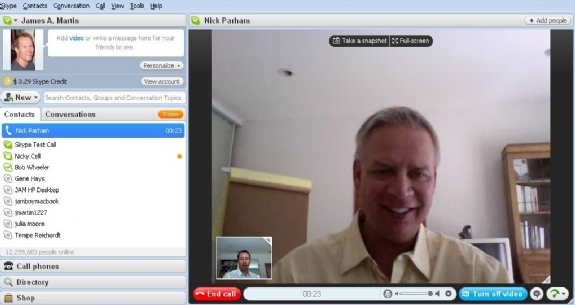 Skype should be an essential part of every traveler’s communications tool kit. Voice and video calls to other Skype users are free. The quality–at least in my experience–is usually good. (Some other Skype users I know have experienced frustratingly bad call quality, however.) You can also call landline and cell phones at low rates, starting at around 2.1 cents per minute.

To make a Skype call, you need a Webcam-equipped, broadband-connected computer. (Skype is also available for the iPhone and some other smartphones.) I recommend using a headset, too, so you can hear the other person better and so you don’t have to talk loudly. But when engaged in video chatting, prepare to be told that you look like a telemarketer. 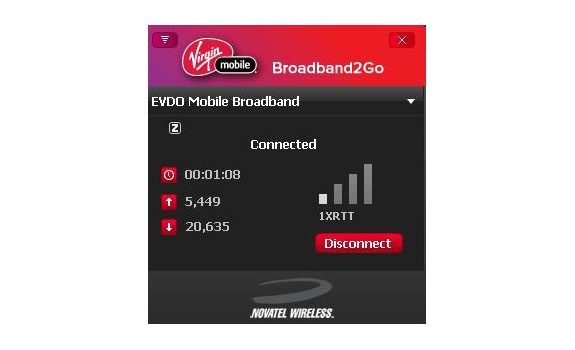 Good news: You don’t have to get locked into yet another contract with your wireless carrier to use a cellular data network with your laptop or netbook.

Virgin Mobile’s Broadband2Go is a nationwide mobile broadband service that offers prepaid, contract-free Internet access over the Sprint data network. Once you buy the $150 USB modem and set up a Virgin Mobile broadband plan, you can jump onto the Internet without having to hunt down (or set up an account for) a public Wi-Fi hot spot.

James A. Martin
Previous articleCreating the coolest workplace in the world
Next articleTelework pilot cruises along at Ontario Central Agencies Cluster

Google Duo shows you video before you answer the call

Telus teams with Microsoft and Avanade to provide Skype for Business

More from James A. Martin