The Internet of Things will save the PC

One of the best sentences to come out of Michael Dell’s mouth: “The PC isn’t dead.”

It’s really easy to get caught up in the mobile craze right now and fixate on smartphones and other devices apart from the PC. With the cloud starting to kill off server space in offices, some might be forgiven for starting to think that the PC is next on the chopping block.

But Michael Dell thinks (and I 100 per cent agree) that they’re dead wrong.

“We believe the PC becomes increasingly strategic as a highly distributed, powerful, local computing resource: the hub of the Internet of Things,” Dell said in his keynote speech at Dell World 2014.

I really like this idea of the Internet of Things. There’s been a tendency in our industry to really separate types of technology. You’ve got your PC workstations, you’ve got your servers, you’ve got your mobile network… all these disparate elements of a business infrastructure. And different people tout expertise with different elements.

But the technology world is heading towards the idea of one great big connected network, or as Dell’s put it, “The Internet of Things.” And MSPs are going to have to stop focusing on just individual elements and provide that connection that customers want. We must manage ALL computing.

So, back to the PC for a sec. Let’s start viewing it as the hub that Dell is talking about. Because the PC isn’t going anywhere – it just is demanding to be integrated with everything else. That means taking all the improvements we see all the time to other devices and start applying them to the PC too. And (as the theme of Dell World 2014 seems to be for me) Dell has already thought of this.

“And through the exponential power of Moore’s Law,” said Dell, “PCs are getting order-of-magnitude better… more powerful, smaller, lighter… more affordable… the interfaces… the capability… the speed…”

And that’s of course not all Dell’s talking about for transforming technology. After all, that’s one of their big buzzwords for 2014: Transform. Dell talked a lot about the work that the company is putting towards the improvement of data centers, working to maximize their capabilities to store and manage the vast amounts of data that our increasingly cloud-based world demands.

“You can see how our high-velocity cloud can move eight million packets per second, allowing a single server to easily manage the voice traffic of a medium size city. We are moving beyond software-defined data centers to software-based data centers. That’s the difference of a single word but with huge implications.”

Dell knows that the things driving where technology is going are the cloud, mobility, big data, and security. Those are the four things that are shaping the future’s technology, and they’re the four things you NEED to be paying attention to. Your customers are already starting to wake up to their needs, and that’s only going to increase soon.

The PC isn’t dead. It’s just not alone anymore. To be truly effective, the PC has to be looked at as only one part of a larger whole – the entire computing experience that YOU need to be ready to provide for your clients.

Ulistic provides marketing services to managed services providers. The Ulistic team acts as part of your team, engaging and working with your MSP each day to assist in providing the foundation for stratospheric success. Learn more at Ulistic.com. 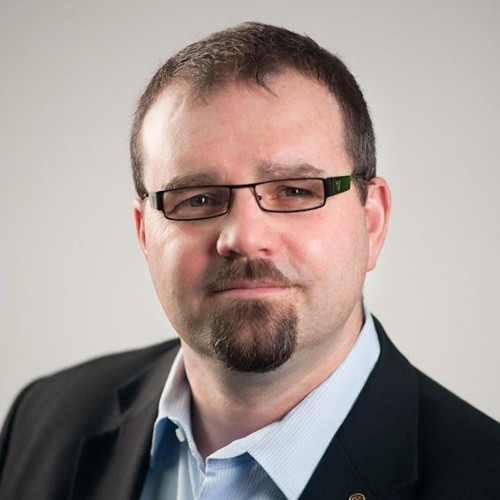