Although it got its start by enabling people to throw virtual pies at each other and turn themselves into vampires and werewolves, the Facebook ecosystem is growing up before our very eyes.

On Tuesday, at Facebook’s old offices in downtown Palo Alto, investors, media and bloggers saw what innovative startups have been building this summer on top of the Facebook platform.

These apps, sites and services signal a departure from the things that have typified the Facebook platform’s early iteration.

These are a lot more than just games.

This summer, around 20 startups toiled away in Facebook’s old offices in Palo Alto, tinkering with their products and trying to differentiate themselves from an already crowded marketplace of companies looking to build a business on the social network. 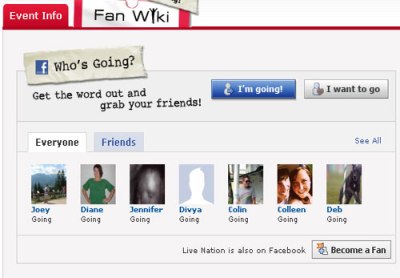 The program is part of Facebook’s fbFund Rev, a $10 million incubator program fueled by the social network and two venture capital firms. The goal is to breathe life into small startups to get up and going until they can obtain more seed funding from investors.

Unlike the first iteration of the Facebook platform, these next wave of apps are less reliant on running just on Facebook; they run as standalone sites or services. Many design their products to work with other social networks, too, such as Twitter.

Once there, the activities they perform on that site can be streamed back into Facebook and viewed by friends. As a result, in recent months, we’ve seen more traditional websites and services being able to tap into the Facebook platform.

13 Facebook apps that let you accomplish just about anything

While several of the startups were interesting, four stuck out for me during the presentations (Inside Facebook listed all of them in its post from the event).

1. Wildfire solves a problem that businesses large and small are already encountering. They have a feeling they should be running marketing campaigns on Facebook, Twitter and other large social networks, but what will that cost in terms of time, money and technological expertise?

Unlike early ventures of this sort that went for the big wins of Fortune 100 companies only, Wildfire gives companies tons of options that fits their budget. Small businesses can spend as little as $5 per campaign, while premium models range up to $250.

The “white label” accounts, presumably for Coca-Cola- and McDonald’s-size companies, will be much more.

Using Facebook Connect, a lot of this information flows freely from Facebook and back to your original company site.

2. Sociable Ever peruse a retail site and wonder what one of your friends would think about a product? If a site implements Sociable, you can do just that.

For retailers, this represents a large opportunity to publish the buying actions of consumers back onto their friends News Feeds on Facebook. Users are prompted to “share on Facebook,” however, so the question is: Will they elect to share?

Time will tell, but for now, according to Nisan Gabbay, the company’s CEO, Sociable expects to break even by the end of the year and is seeking $1 million in funding. Live Nation, the concert site, has begun using Sociable to help fans connect with each other before a show. 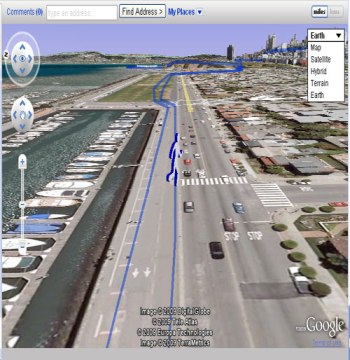 3. Run There If nothing else, they get a mention because this type of app hits close to home for someone who runs a lot. But they deserve it on their own right for creating a better user experience from past sites with the same concept.

Many sites, namely MapMyRun, have given runners, bikers and hikers the ability to map their routes on top of Google Maps or Map Quest.

But MapMyRun has really failed users. If you wish to use the free version, it’s loaded with ads that create horrible latency for plotting a run.

RunThere has a more stripped down, elegant design. It also features an amazing 3-D feature. With Google Earth plug-in, you can replay your run and see all the terrain you crossed.

But it’s not clear to me how they build a business off this idea. Ads would ruin it (like it did MapMyRun), and I’m not sure people would want to pay for this service when others will offer it for free. 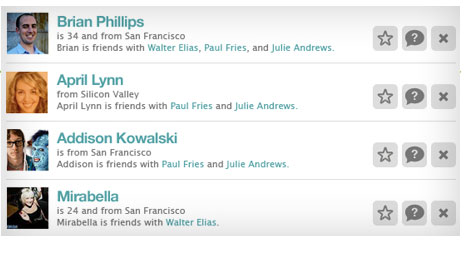 4. Thread wants to set you up on your next date.

The concept, according to its founders, is simple: Friends of friends are the best people to date. Logging in with your Facebook credentials, you can see those friends and their friends, and send a message to your mutual friend to see if it might be a good fit.

This startup was the darling of the lot, as it garnered $1.2 million in seed funding as a result of its work this summer.