Square closes the loop on collecting payments through Mobile Invoices

Square Inc. has launched a new feature allowing its users to send mobile invoices – and hopefully, this will be the push some of its small business customers need to stop procrastinating in figuring out who owes what and how much.

Dubbed as Square Invoices, the U.S.-based startup launched the feature today, which is an add-on to its existing mobile app. Available for iOS and Android, the idea is that if a merchant or small business employee is on-site with a client, he or she can send an invoice directly via smartphone or tablet with the Square Register app. 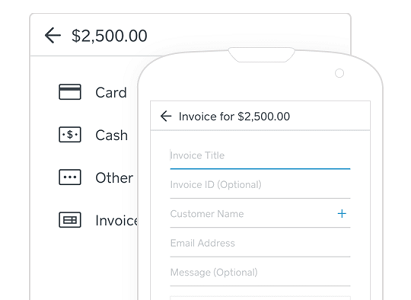 While Square initially launched its invoices feature in June, this is the first time Square is bringing that functionality to mobile devices. That means small business employees and merchants won’t need to head back to their desks or offices before they send off their invoices, potentially putting off the process of filling out invoicing forms – and hopefully that means there’s less of a delay in getting paid for their products and services.

It also means that Square is now offering more payment options – accepting credit cards through its Square reader dongle for mobile devices, as well as accepting payments through invoicing, both online and via smartphone and tablet. Essentially, Square is closing the loop between getting paid online or through a mobile device, and making collecting payments a bit more seamless for its small business customers.

Accessing the new mobile feature is free for existing Square users, though Invoices takes a 2.75 per cent transaction fee once a customer pays using his or her credit card or Visa debit card.

Square isn’t unique in its bid to help its small business customers ease the often painful process of collecting payments from their clients. Other companies like Sage, FreshBooks, and Wave Accounting have also launched mobile apps that allow small business employees and merchants to charge their customers. Wave in particular offers a similar service to Square’s new mobile invoicing feature called Payments by Wave.

But given a lot of small businesses do use Square, this is yet another way the startup is improving what it already offers them – and if it helps them get paid faster, that’s all to the good.

Candice Sohttp://www.itbusiness.ca
Candice is a graduate of Carleton University and has worked in several newsrooms as a freelance reporter and intern, including the Edmonton Journal, the Ottawa Citizen, the Globe and Mail, and the Windsor Star. Candice is a dog lover and a coffee drinker.
Previous article
Do consumers finally get that online shopping beats crowded malls?
Next article
Credit cards, healthcare data on hackers’ hit list for 2015: Experian