To much fanfare but almost no surprise, Nokia Corp. unveiled its newest camera-focused phone today (or is that it a phone-focused camera?) Meet the Lumia 1020, a phone loaded with a 41-megapixel camera sensor for taking high-resolution images.

The Lumia 1020’s features were leaked just hours before the launch event in New York. So no one was surprised when Nokia CEO Stephen Elop stepped out onto the stage with a yellow Lumia 1020 in hand. Still, Elop took his time in outlining all of the phone’s specs, showing off what it can do during an hour-long presentation.

Armed with a Xenon flash, the Lumia 1020’s camera can capture 34 and 38 megapixel (MP) photos in resolutions of 16:9 or 4:3. Following up on the Nokia Lumia 920, it also takes decent images in low light or when users have shaky hands, using its optical image stabilization technology – two things most smartphone cameras still have trouble with, Elop said. 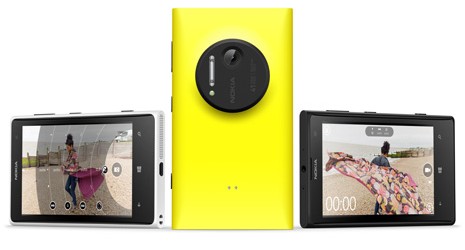 Nokia also developed a technology called “oversampling,” which essentially captures very fine, tiny details by taking 5 MP images. Every pixel in the image uses data from up to seven pixels of the camera’s sensor, creating very sharply defined images. It shoots video in 1080p and is also the only smartphone with a camera featuring six Carl Zeiss lenses, Elop added.

Sitting at 4.5 inches, its screen has AMOLED HD+ display with a resolution of 1280 by 768, covered with Gorilla Glass 3. The phone also comes with a 1.5 Ghz Snapdragon dual-core processor, 2 GB of RAM and 32 GB of internal memory. It runs the Windows Phone 8 operating system.

The phone should be one that consumers will appreciate, offering a sound alternative to the Samsung Galaxy S4, said Carolina Milanesi, a Gartner Inc. analyst who attended the launch.

“[The Lumia 1020] is going to get attention back on Nokia as an innovator in the device space,” she said. “It’s focusing on a feature, the camera, that is very important to consumers … It’s not about photography geeks, it’s about consumers that want good pictures in what they do everyday.”

“Here, you have no compromise from a design perspective. You still have a phone first, with everything else that comes with a phone, and you have a great camera experience.”

Not only did Nokia focus on the hardware specs of a sensor, lenses, and so on, but it also built software for a better user experience, she said. 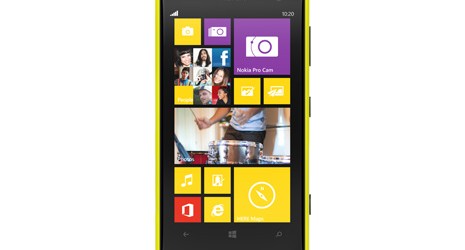 Still, device analyst Tony Cripps of Ovum Ltd. said he feels less sure about the Lumia 1020’s ability to appeal to consumers attracted to the Apple and Samsung brands. It’s a great piece of smartphone engineering, but consumers still aren’t as familiar with the Nokia name, he said.

“Nokia may still have work to do to convince prospective buyers to sacrifice favourite apps for superior imaging,” he said in a press release, adding Nokia hasn’t put as much money into the marketing department as Apple and Samsung.

Plus, consumers may prefer the wider variety of third-party apps available with those brands, Cripps said. “As such, when lined up against rival devices such as Apple’s iPhone 5 and Samsung’s Galaxy S4, which now effectively sell themselves, the case for selecting the Lumia 1020 is less clear cut.”

The Lumia 1020 is expected to arrive in the U.S. on July 26, priced at about $299 with a contract. It will land in China and certain European countries at some point this quarter. There was no word as to when the phone would arrive in Canada.

Twitter reactions to the Nokia Lumia 1020 launch, under the hashtag #ZoomReinvented :

#Nokia shows a great degree of innovation by embedding a 41MP camera sensor into a 10.4mm thin handset that weighs only 158g #ZoomReinvented

This #ZoomReinvented keynote is brilliant! Really great stuff from #Nokia here. I want this phone! #Lumia1020

So wireless charging is not built in like the 920? That’s disappointing. #Nokia #ZoomReinvented

Nokia’s promotional video for the Lumia 1020, below:

Candice Sohttp://www.itbusiness.ca
Candice is a graduate of Carleton University and has worked in several newsrooms as a freelance reporter and intern, including the Edmonton Journal, the Ottawa Citizen, the Globe and Mail, and the Windsor Star. Candice is a dog lover and a coffee drinker.
Previous article
Latitude latest service to enter Google graveyard
Next article
Minister endorses Bitmaker Labs, backpedals on regulatory requirement