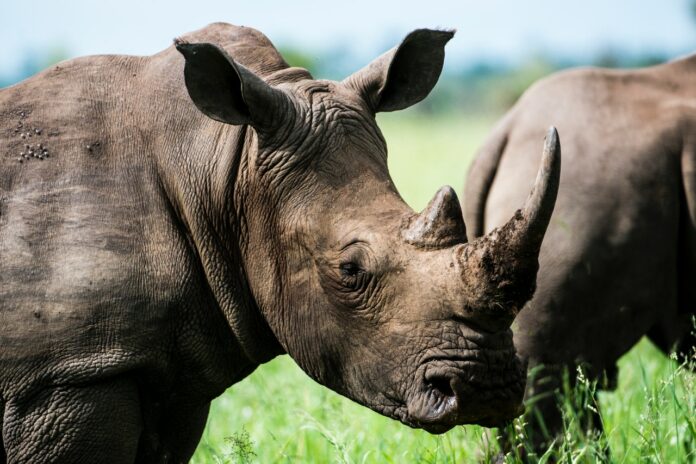 Volunteering Africa, a South African non-profit organization which works for the preservation of wildlife, has partnered with Abeeway and Actility to create a system which will let the group monitor rhinos’ locations in order to protect them against poachers.

Around 9,800 rhinos have been slaughtered in the past decade by poachers looking to resell their tusks on the illegal market. This issue has endangered the rhinoceros species, with only 27,000 left in the world, and has put the Black Rhino species in great danger of extinction.

To help solve this problem, Volunteering Africa, in partnership with Abeeway, a provider of IoT GPS tracking products, deployed several LoRaWAN gateways throughout the parks where they operate and created a leg bracelet for rhinos which included Abeeway’s Compact Tracker. According to Actility, the actual park names have to remain confidential to prevent poachers from knowing where they could be caught.

The Compact Tracker is lightweight and designed to last in heavy-duty operations. Its casing has been made to resist harsh surroundings while allowing seamless performance for animal or asset tracking. It provides real-time tracking, status monitoring, activity monitoring based on motion for usage optimization, and geofencing applications, like sending zone alerts when the device leaves or enters specific areas.

This system allows the rangers to locate each animal in real-time, making sure they don’t stray into an area crowded with poachers. The system works quickly, which helps rangers be prepared to intervene much faster, before poachers arrive and allows them to protect the areas where the rhinos are located.

To help protect the animals, the LoRaWAN connected trackers are attached to collars which are then buckled onto the rhino’s legs. Because the trackers are attached to collars on the animal’s leg, robust connectivity is vital to function from a location so close to the ground, and the trackers must have long battery life so they don’t have to be replaced often

Because of these challenges, LoRaWan became the best type of connectivity to use. The signal needs to be strong to cover large areas. LoRaWan also provides a longer battery life. The Compact Tracker benefits from the extremely low-power requirement of LoRaWAN connectivity, which gives its battery a higher longevity – up to 7 years – and from not needing a SIM card or other costly subscriptions.

The ThingPark Enterprise platform has been designed to adjust with the needs of the deploying organization. This makes it simple to scale up projects which means this project could be extended to track other endangered species in the program’s protection radar. Due to the successful results in the proof of concept stages, the technology is now starting to be implemented in more parks. However, the speed of the implementation is slow and currently depends on private sponsorship and the limited amount of personnel available, Actility said.

While the number of rhinos tagged so far is another thing that needs to be kept confidential, the goal of the project is to tag them all, and eventually expand to other animal species which also suffer from poaching. Volunteering Africa plans to deploy up to a dozen LoRaWAN gateways throughout the huge park territory in order to have highly dense coverage working everywhere.

Over half of Canadian companies see digital twins as drivers of their...