How York Region became a larger tech hub than Kitchener-Waterloo 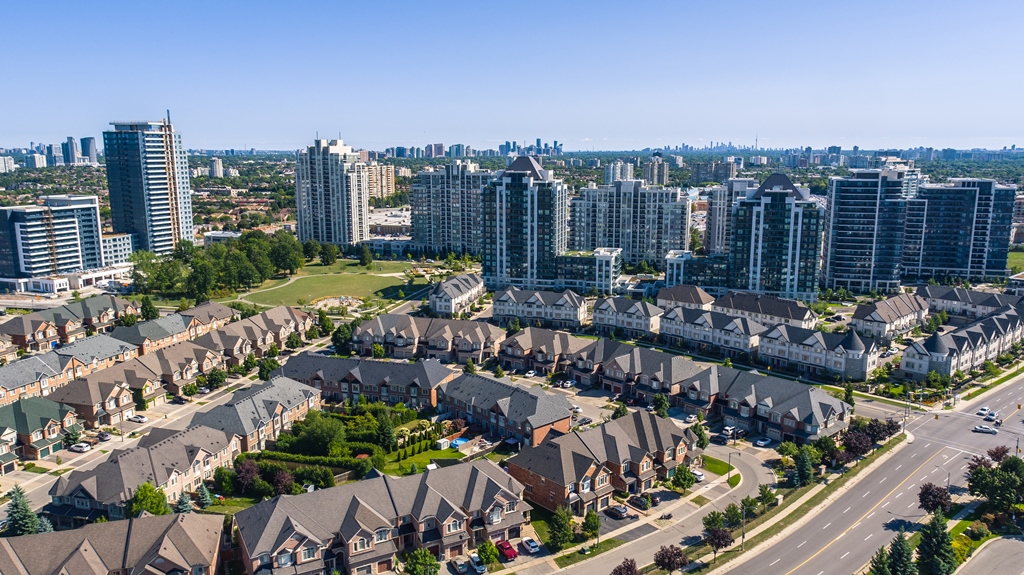 Creative Capital is IT World Canada’s series that examines the impact digital transformation is having to change the face of communities across Canada. We’re doing deep dives looking at the major tech hubs on the leading edge of the 21st-century knowledge economy. Our first five stories will focus on York Region, exploring the densest ICT hub in Canada, its verticals, startups, and the factors contributing to its success.

The Regional Municipality of York might not leap to mind as one of Canada’s leading tech hubs, but the leaders behind the 1.2-million-strong region, which lies north of Toronto and comprises nine towns and cities including Markham and Vaughan, can prove otherwise.

“Kitchener and Waterloo get a lot more attention, but we actually have the bigger tech cluster,” Shuttleworth tells ITBusiness.ca . “If you compare it on a per-capita basis, we actually have more tech companies than any other region in Canada.”

That success is far from an accident: Though Shuttleworth acknowledges that one of York Region’s key advantages is that it’s “locationally blessed” by being in the centre of the Greater Toronto Area (GTA), its administrative efforts to appeal to the tech industry stretch back to at least 1994, when the region’s leaders recognized clusters of businesses forming around several industries, including tech, and began nurturing them.

For example, York Region’s planning division has made efforts to reach out to the ICT sector in two key ways, Shuttleworth says: By developing economic strategies focused on knowledge-based jobs; and by marketing the region’s business and residential centres, highlighting its attractive neighbourhoods, infrastructure, and quality of life.

“According to MoneySense, 22 of the GTA’s 25 best neighbourhoods, and 56 of its top 100, are in York Region,” she says. “We offer the same kind of ‘play where you work, live where you play’ options that downtown does, but without the difficulty of getting there.”

The results speak for themselves: According to its business-facing Yorklink website, York Region is now Ontario’s third-largest business hub, home to more than 51,000 businesses, 578,000 jobs, and the Canadian head offices of 500 foreign companies, including IBM Canada and AMD, two of the GTA’s top five corporate ICT research and development spenders. Financially, 18 firms headquartered in York Region collect more than $500 million in revenue annually, while the top 40 collect $86 billion combined.

And the region’s demographics are expected to remain in the tech industry’s favour well into the future, says Al Wilson, executive director of the Workforce Planning Board of York Region and Bradford West Gwillimbury, one of 26 boards run by the Ontario government’s Ministry of Advanced Education and Skills Development to monitor labour market trends.

“If you look at the demographic data of our workforce, we are a highly educated community, and that has to be attractive to IT companies in particular,” he says.

In addition to demographics, another key area of interest for the Workforce Planning Board is researching the skills that employers demand, and in the IT sector specifically, Wilson says, employers are most eager to hire workers with soft skills – strong written and oral communication abilities; a collaborative demeanour; strong work ethic; dependability; a willingness to change and educate themselves; high motivation; and above all, a personality that fits well with their prospective coworkers.

And York Region’s diverse population, which continues to grow by more than 20,000 per year, with immigrants accounting for some 50 per cent, is like a goldmine for them, he says.

“I think our diversity is a huge advantage for both existing IT companies in our region, and for those who are thinking of transferring,” Wilson says. “A lot of companies have told us that is the reason they came here.”

From a company perspective, advantages over Toronto

XE.com co-founder, president, and CEO Beric Farmer and his business partner Steve Dengler made a conscious decision to move their financial information firm, whose signature website is used by millions around the world to check currency conversion rates, to the York Region town of Newmarket after 10 years in downtown Toronto, and have not regretted it since.

“Originally we were in the Internet service provider business, and it was dial-up Internet back then, so we needed to be downtown so we could have the largest local calling area we could get,” explains Farmer, who started XE with Dengler in his parents’ East Gwillimbury basement in 1993 before moving the company to downtown Toronto in 1995. “At the time there was a recession, so there were lots of vacancies in downtown Toronto and rent was very reasonable.”

Ten years later, however, the company graduated from the ISP business, and the partners began looking further north, since Dengler and his wife now lived in Vaughan and Farmer and his wife had moved to Newmarket, where the company ultimately settled in 2005.

“We wondered whether it would be a challenge finding talent and getting people to come here, but we’ve managed,” Farmer says. “When we moved up here we were seven people, and now we’re in the low to mid-60s, so we’ve been able to sustain consistent growth.”

In particular, he says, the region’s relative proximity to the University of Waterloo has proven a boon, with the school’s co-op program “a fantastic pipeline” of talent.

“I often find that once people disappear into the workforce it’s a little harder to find good talent,” he says. “But Waterloo’s a great school, and we’ve managed to recruit a significant number of great people from there.”

On occasion, the company will meet a candidate who asks, “‘Wait a minute – where are you located?’ And when we say, ‘we’re in Newmarket,’ they’ll go, ‘Not interested,'” Farmer acknowledges. “But we still manage to find people who are happy to come here, and I think for similar reasons to why we originally came up here – they can move their family up here and afford a house.”

Similar to Farmer, Clearbridge Mobile CEO and co-founder Deepak Chopra had 15 years of experience working in downtown Toronto and was ready for a change when he and his partner, Clearbridge CTO Sanjay Malhotra, started their mobile app development company in 2011.

“My partner and I recognized that there were a lot of talented people who live up here and commute into the city, and that some of them might want the opportunity to work closer to home,” Chopra tells ITBusiness.ca. “We thought that if we could simultaneously give them world-class work and an alternative to a four-hour commute every day, then we could get a more stable, talented workforce.”

Downtown, Chopra acknowledges, has so many more companies to work for – and the opportunities that go with them – that workforce transience is to be expected. But by reaching clients who prefer a natural work/life balance, Clearbridge’s turnover has been comparatively low.

“Our employees really enjoy being here, and we believe they stay with us longer than they might have in other parts of the city,” Chopra says. “And since our client base is North American, they’re still getting compelling and interesting work.”

XE.com’s Farmer agrees with Chopra about the long-term viability of York Region’s employees, noting that he too has chatted with multiple firms in Toronto and has been told one of their leading challenges is significant competition for talent.

“Employees downtown know they can cross the street and get a job tomorrow with a different company,” he says.

“We’ve often wondered, was [moving to Newmarket] a net benefit, or a net drawback?” Farmer says. “We think that over time what you end up attracting is a less transient workforce.”

Eric Emin Wood
Former editor of ITBusiness.ca turned consultant with public relations firm Porter Novelli. When not writing for the tech industry enjoys photography, movies, travelling, the Oxford comma, and will talk your ear off about animation if you give him an opening.
Previous article
Twitter co-founder Biz Stone returns to the nest
Next article
Goldman Sachs gets into business intelligence