Google has added new features to its Latitude location mapping and tracking service, allowing users to see where they have been and automatically be alerted (warned?) when friends are nearby.

“One of the most popular ideas was for Latitude to keep track of location history, allowing you (but not your friends) to see where you’ve been at any point in time.

Another popular idea was to notify you when you’re near your Latitude friends so you can easily meet up or grab lunch,” wrote Google’s Chris Lambert in an announcement on the Google Mobile Blog posted late Tuesday.

Latitude is a free service, introduced last February, that allows users to selectively reveal their location to friends in real time, offering a tracking capability previously only available in paid applications, typically offered by wireless carriers.

(Here is an in-depth look at Google Latitude, posted shortly after its introduction).

The new features allow users to see where they have been, manage those tracks, and be alerted when friends are nearby. The application “learns” from location tracks so that alerts are not issued for locations where users typically congregate, such as at home or work.

Latitude updates are shown as part of the iGoogle homepage, Google Maps, and the Google app on a variety of wireless devices, specifically not including the iPhone. On that handset, Latitude is available only as a browser application.

On an opt-in basis, users can have their location and picture shown on the maps of other users. A family could, for example, use Latitude to show everyone’s location at any given moment.

Locations are provided by the GPS receiver in supported handsets, which also need a multitasking operating system to transmit location updates back to Google’s server in the background. On desktops, locations can be entered manually.

The lack of multitasking and, perhaps, opposition from AT&T, which offers a tracking app of its one, are seen as reasons why a Latitude app is not offered for iPhone.

“Unfortunately, since there is no mechanism for applications to run in the background on iPhone (which applies to browser-based web apps as well), we’re not able to provide continuous background location updates in the same way that we can for Latitude users on Android, Blackberry, Symbian and Windows Mobile,” wrote Google’s Mat Balez in a July 23 blog post announcing the feature. 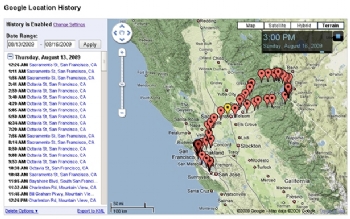 “Nevertheless, your location is updated every time you fire up the app and then continuously updated while the app is running in the foreground.”

Google Latitude is attractive for some users and applications and could be the beginning of better location-based search results and other information for Google users. Including advertising, which many will doubtless see as a mixed blessing.

It also has the potential for abuse, however, particularly if location information transmitted to Google were made more widely available without users’ consent

In addition, these changes to Latitude remind us that some features really work only when everybody uses them. For that reason, Google should consider opening Latitude to location fixes from outside Google applications.

David Coursey tweets as @techinciter and can be contacted via his Web site.

David Coursey
Previous article
Canada’s self-employed ‘get little’ from proposed EI changes
Next article
Perturbed by a plethora of passwords? Stay secure and free your memory