Picture this: You’re making your first cartoon strip and Jim Davis, creator of the world-famous lasanga loving, fat and lazy cat Garfield, is there by your side providing advice and encouragement.

Toon Boom Animation Inc., a Montreal-based SMB (small and medium sized business) specializing in digital content and animation creation software, is hoping the idea will catch on and that their product, Garfield’s Comic Boom, a comic strip generating software, will emulate the success of its namesake.

Basically, the product (available for $39.99) is comprised of an interface that allows users of almost any artistic level to draw or use illustrations from an image library and create anything from a three-panel comic strip to a multi-page comic book. The tool also enables users to import photos and images from their own library. 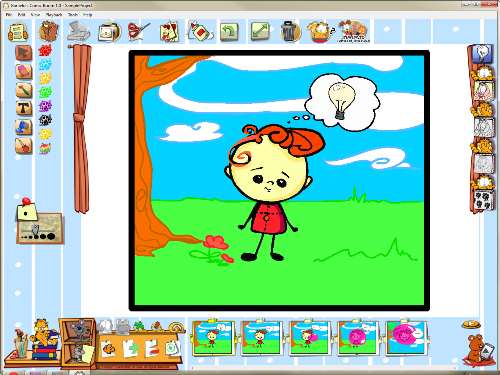 Users can also add sound to their creation by recording their own voice or using homemade sound effects. User can also share their work via e-mail, Facebook, YouTube, or load the comic into a computer or device such as an iPod or iPad. And of course, the comic strips can also be printed.

“This is tons of fun. I wish I had something like this when I was a kid,” Davis said in an email to ITBusiness.ca.

“Back in my days, we had only pencils and paper,” he said. “This new software is like adding a jet pack to creativity. Kids can craft characters and backgrounds and tell a story with such ease and speed that I’m a little worried I might be out of a job soon.”

Davis is kidding, as he’s apt to do. In reality, he was very much involved in the development of Garfield’s Comic Boom, according to Alissa Anzarut, director of marketing for Toon Boom.

“The software itself was developed by our software engineers in Toon Boom’s Montreal office. But Jim Davis provided the tutorial content and users can see him on screen providing tips and encouragement,” Anzarut told ITBusiness.ca.

Toon Boom has been around since 1994. The company employs around 100 workers and develops animation and storyboarding software for the film, television, Web animation and gaming industry as well as for mobile devices and training applications.

Some of Toon Boom’s clients include: Walt Disney Animation Studios; Walt Disney Television Animation, Nelvana, Warner Bros. Animation; and Fox TV.  “Our products have been used for a wide variety of animation titles such as Space Jam, The Simpsons Movie, the Sponge Bob Square Pants movie and TV series like King of the Hill, Jimmy Two Shoes and American Dad,” said Anzarut.

Garfield creator Davis said involvement focused on providing instructions to the user in the tutorial part of the software. “I do a hands-on demonstration using the product and explain the elements that make a comic strip,” he said. “I design some characters and backgrounds and talk about composition.”

Davis said the incorporation of Garfield into the instructional material adds “sparkle and fun” to the product.

Garfield’s Comic Boom is not the only product in the market aimed at simplifying the art of cartoon creating. 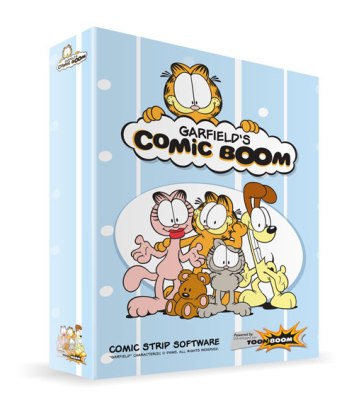 Toronto-based Bitstrips.com, a site that provides online tools for the easy creation and sharing of user-generated comic strips, has more than 200,000 subscribers and generates over 20,000 comics each day.

“Sites such as ours are for the budding artists that want to practice their skills as well as people who just want to have fun,” said Jacob Blackstock, who founded the company in 2008.

The company also offers a subscription-based service Bitstrips for Schools for $9.95/month. The service includes some special administrative features that allows teachers to adopt the comic making tool as a teaching aid, said Blackstock. “Teachers can use it to encourage students to create comic strip stories about certain topic or lesson the class is tackling,” he said.

Bitstrips for School is popular among grade school reading and writing skills classes, according to Blackstock.

Anzarut of Toon Boom also said that many of her company’s products such as Storyboard Pro, an $899.99 software, are used by professional illustrators and animator to create storyboards that are used in developing TV commercials.

Whether it’s for recreation, education, instruction materials or full-blown animation, today’s digital drawing tools are a big help for the budding artist or the professional illustrator according to Davis.

“The tools and library items simplify the drawing process which means the user is free to focus on the story he or she wants to tell. And everyone has a story. Right?”

BDO Canada moves to enterprise cloud, hoping to become the “firm of...