Nestled inside a new report from the Information and Communications Technology Council (ICTC) is a fascinating breakdown of just which sectors in Canada’s rapidly growing information and communications technology (ICT) industry are expected to fuel the most growth over the next five years.

Canada’s digital economy already employs 877,470 IT professionals throughout a variety of sectors, according to the report, the majority of them working outside the traditional IT industry. And in marked contrast to the rest of the Canadian economy, Canada’s IT industry has grown by an average annual rate of two per cent over the past five years, and 6.4 per cent during the past two years, ICTC says.

So which sectors of the industry does ICTC believe will lead technological development into 2020 and beyond? Some, like the Internet of Things (IoT), or what the organization calls social, mobile, applications, analytics and cloud (SMAAC) technologies, probably won’t surprise you; while others, such as automation or additive manufacturing, just might. 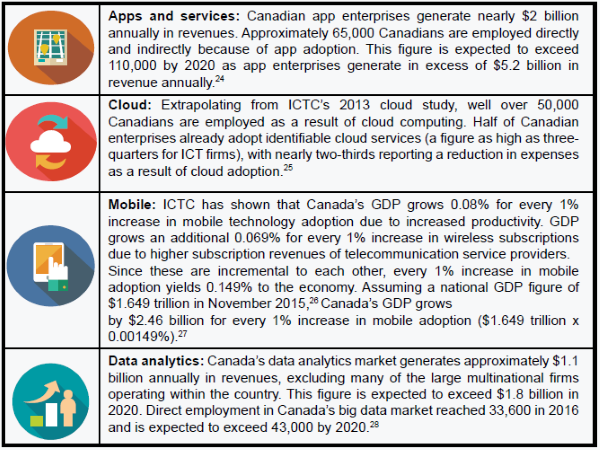 Finally, the report identifies nine emerging areas that may not be lighting the industry on fire just yet, but which ICTC expects to lead the digital economy into the future, led by advances in manufacturing, robotics, cyber security, retail, transportation, financial technology, biotechnology and eHealth. Click the image below for a larger version: 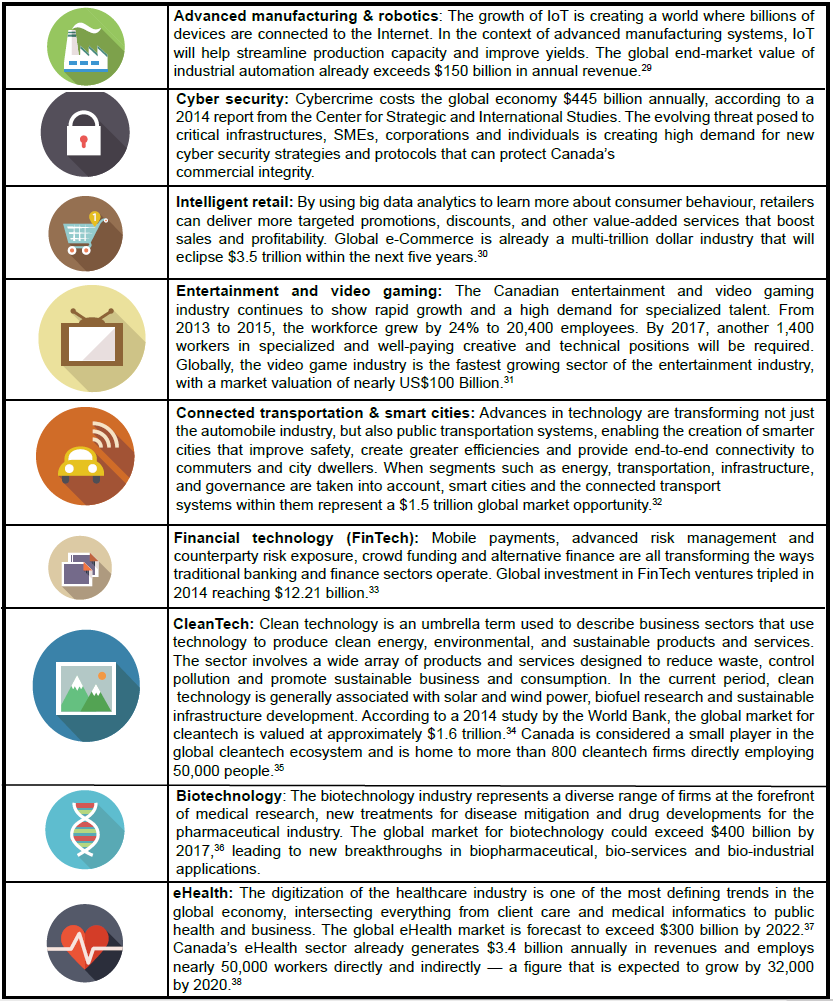 Eric Emin Wood
Former editor of ITBusiness.ca turned consultant with public relations firm Porter Novelli. When not writing for the tech industry enjoys photography, movies, travelling, the Oxford comma, and will talk your ear off about animation if you give him an opening.
Previous article
Four ways the pharmaceutical industry benefits from intelligent packaging
Next article
Xerox’s new printers include language translation service for $1 a page