You’ll notice that most of these services carry Microsoft’s “Live” brand. If you’re like most people, you’re probably thoroughly confused by the Live lineup, and by what Live actually means–especially since Microsoft has muddied the waters with the newer “Live Essentials” moniker.

For the record, Windows Live is a central online location for accessing the Live services and applications. Windows Live Essentials is a subset of the Windows Live brand that houses downloadable applications, including Photo Gallery, Movie Maker, Messenger, and others. 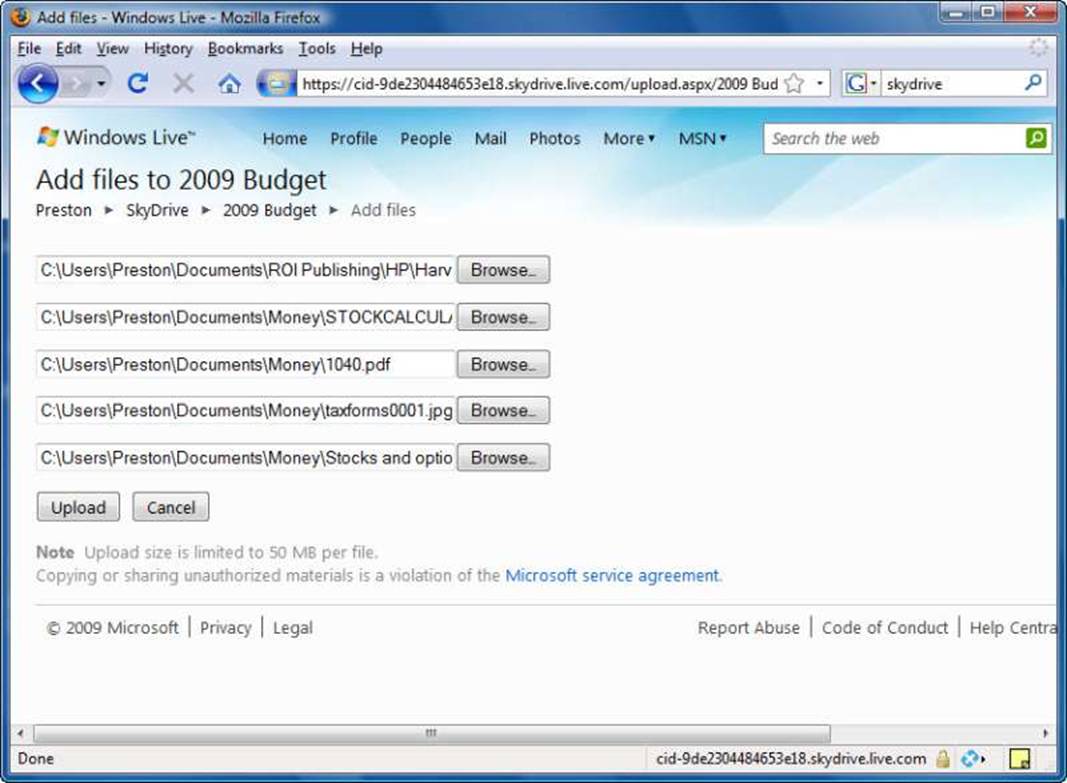 How’s this for a deal: Get 25GB of online storage, at no cost, with no strings attached. That’s what Windows Live SkyDrive offers. Just create folders on the site and upload files to it. You can share any of your folders with colleagues, as well. The site’s design is simple and straightforward.

That isn’t to say SkyDrive is flawless. You can’t use it as a virtual drive–it won’t appear on your PC as a drive, so you can’t save files directly to it within a program like Microsoft Word. That’s a minor point, though.

You can’t argue with 25GB of free storage, especially considering that neither Google nor Yahoo currently has this kind of service. While Google is rumored to be working on a similar service called GDrive, Yahoo’s Briefcase provides only 25MB of space, and is shutting down at the end of March anyway. So right now Windows Live SkyDrive is as good as online storage gets. 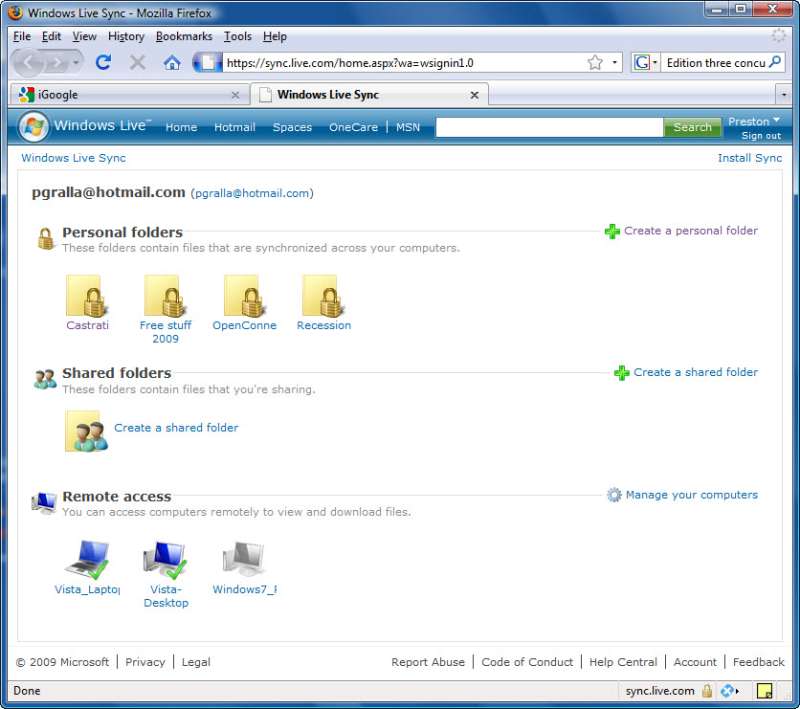 If you have more than one PC and you want to keep files and folders on them synchronized, you need this service. After you download and run a small piece of software on each PC, head to the Windows Live Sync Web site and tell it which folders on which PCs should stay in sync.

You can synchronize your personal folders as well as your shared ones. Whenever any of your PCs are connected to the Internet, they will automatically sync the specified folders with one another. In addition, you can connect to any synced computer from any other computer to browse through the remote system’s entire hard disk and to download files.

Note that unlike some of the fee-based sync services we looked at last year, Live Sync does not keep copies of your files in the cloud: It merely serves as a conduit between PCs. Since it involves no online storage, however, it puts no iimit on the amount of data you can sync. And, of course, it’s free.

Here’s a free Microsoft service for people who do want to keep their files in the cloud. Though Live Mesh is more powerful than Windows Live Sync, it’s also a bit more complicated. 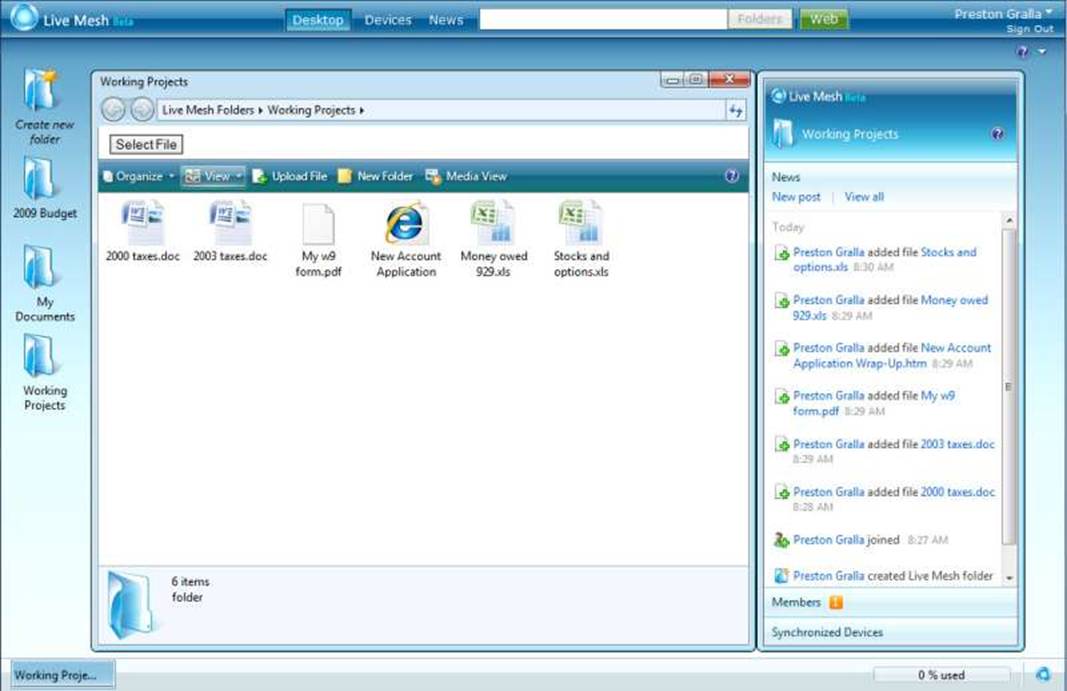 You have an exceptional amount of control over the synchronization, too–for example, you can choose to synchronize only the files modified in the last 30 days, or those under 500MB. Live Mesh supports remote control of any PC in your mesh, as well. So far, Microsoft has announced no plans to charge for storage–or to limit the amount of data you can store.

Office Live Workspace will help anyone with a small business or in a workgroup who needs a simple way to collaborate on projects. With this service you can create and share documents, schedules, to-do lists, and more. 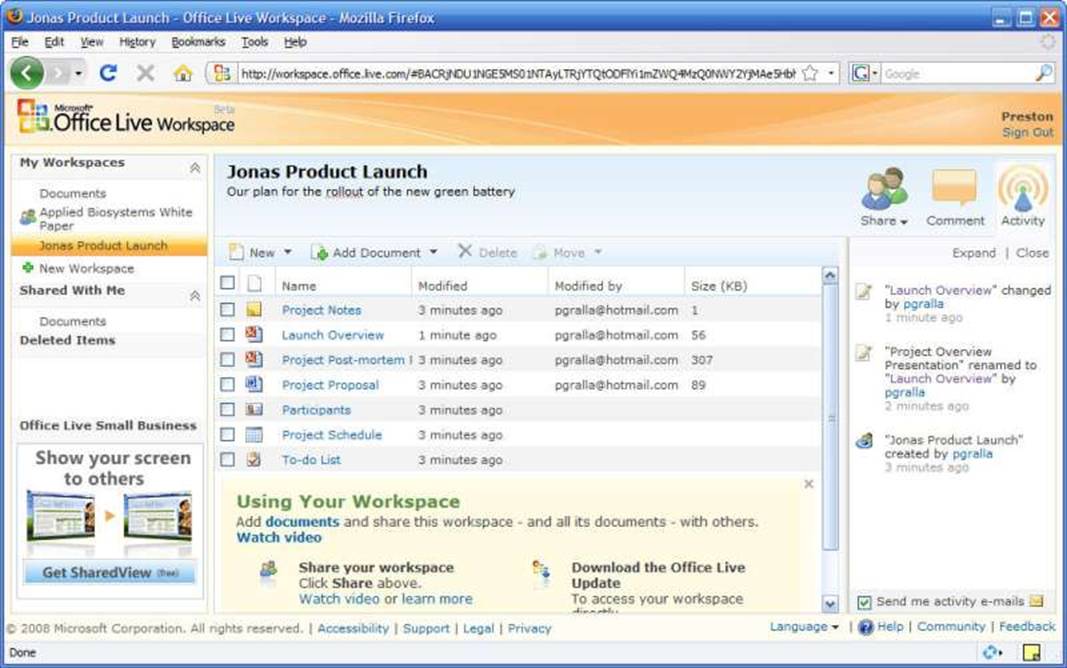 You start by creating a shared “workspace.” You can choose from 11 prebuilt ones–such as a Project Workspace, a Meeting Workspace, or a Travel Workspace–or you can create your own from scratch.

Each workspace has templates already created for it, including PowerPoint presentations, Excel worksheets, and Word documents. Group members can work on the documents and save them for colleagues to see and edit. To edit the Office documents, you’ll need to install a free Office add-in, although anyone can view them without the add-in or Office.

Why use this rather than Google Docs or Zoho? One big, exclusive benefit is its direct integration with Microsoft Office–right within the Office suite, you can save files to your workspace, and you can use the Office programs to edit files in your workspace. On top of that, the template-driven approach to creating documents and workspaces is superior to anything you’ll find in Google Docs or Zoho.

Okay, this one isn’t a Web service, strictly speaking–it’s a desktop app that works with a Web service. But it’s a good one: Microsoft Virtual Earth 3D. 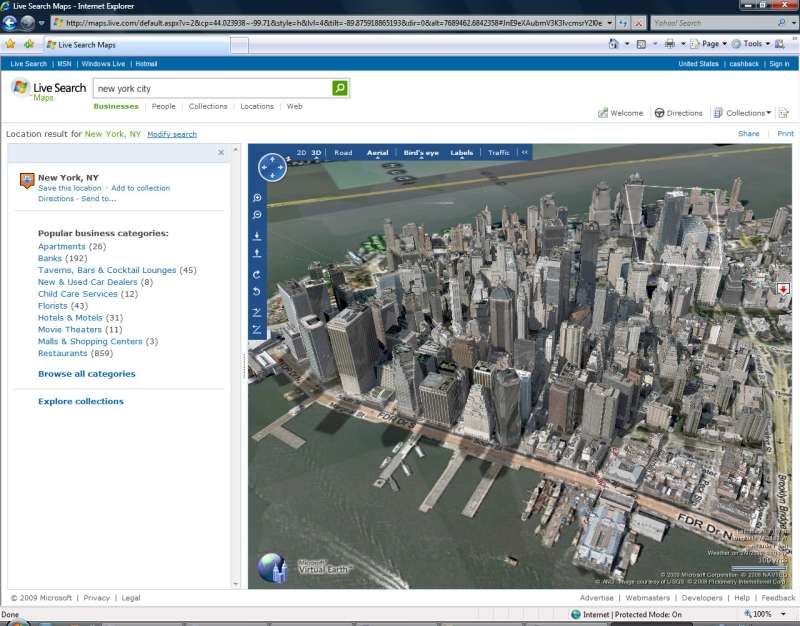 Because Google Earth is so predominant in this arena, not many people bother with Microsoft’s product, and that’s a shame. This downloadable application works in concert with Windows Live Maps to give you dramatic and compelling 3D views of places around the world. Using simple controls, you can fly in and out of cities in full 3D. You can also go on guided tours that other people create, and you can make tours of your own. You can save your tours for future visits, too, or share them with other users.

The views are richer and more compelling than what Google has to offer, so if you’re looking for great 3D mapping, this is the service to try.

Microsoft says that the software will work with a 1GHz processor and 256MB of RAM, but recommends a 2.8GHz or faster CPU and 1GB of RAM. Go with the recommended specs or better, or else you’ll find the app very slow going.

Windows 8 has 0.2 per cent share of Softchoice customer PCs

Most SMBs have no plan to use cloud-based office suite