When Facebook, Inc.’s Canadian division opened its first office in Toronto seven years ago, its only mandate was to support clients with advertising, and there were only five employees, all of them focused on sales.

Since then, of course, the Toronto office has evolved, recently moving into a new 20,000-square-foot home in the MaRS Discovery District – and so has the company’s office culture, managing director Jordan Banks says.

“When you boil down what Facebook does, we’re a company full of people,” he says. “We don’t manufacture a good, so we are only as good as the people we can attract and retain.”

For example, nobody at Facebook has an office: instead, desks are arranged in clusters, with plenty of group areas for employees to sit and chat, which Banks says facilitates open communication, creativity, and collaboration.

Meanwhile, the aesthetic approach is exemplified by the openness-and-connection-themed art and creative decorations – including a hashtag-operated photo printer, phone booth, and full-sized penalty box – that adorn the office, creating a positive atmosphere that Banks says is central to Facebook’s office culture. 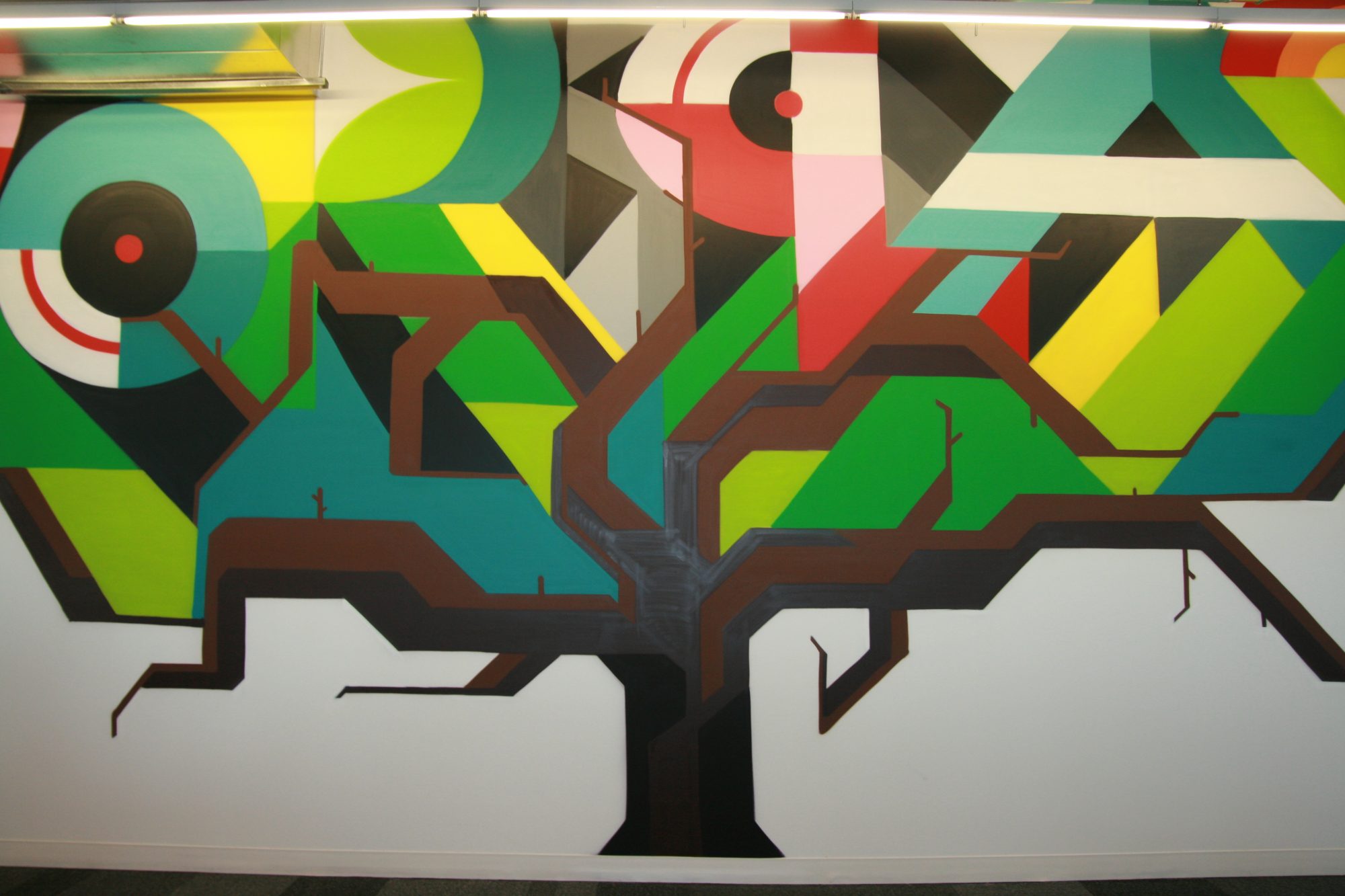 The company’s communal breakfasts, lunches, and occasional dinners capture this too, with groups of five to 10 workers often brainstorming while eating together, he says.

“When you think about how do you attract and retain the best talent, one of the ways is to think about humans as humans, not just about humans as employees,” Banks says. “We spend a lot of time making sure that we are working hard towards ensuring people are leading these very fulfilled, very happy, very engaged 360-degree lives.”

Engagement activities provide another opportunity: For example, Banks encouraged employees to submit names for the office’s 18 meeting rooms. The organizers received about 140 suggestions, and employees all voted for their favourites, leading to such winners as “the Gretzky,” “Boardroom, Eh?” and “SkyDome.” 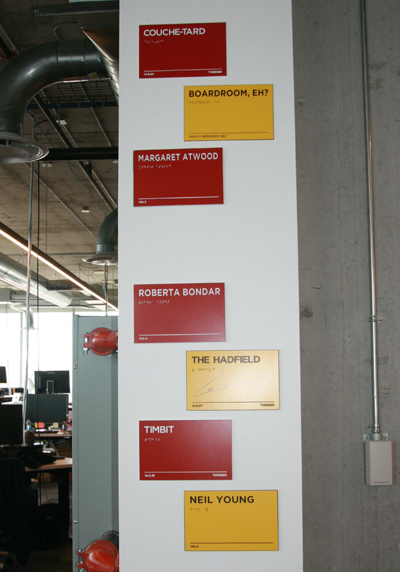 While Facebook Canada’s Toronto office does not have product development or engineering departments of its own, it has grown well beyond its sales-centric roots, Banks says, acting almost as a marketing company for clients by offering a full suite of services that address small business, big business, non-profit, and community needs.

There is no such thing as a typical workday at Facebook, though Banks says the office typically hosts between eight and 10 client meetings per day, during which it helps clients create marketing materials, addresses problems or opportunities, offers feedback on upcoming initiatives, and even talks to CEOs and CMOs about such topics as organization structure, mobile, and how to collaborate with millennials.

In addition to Facebook at Work, Facebook Groups, and Facebook Messenger – the last of which he says has been particularly helpful – 14 of the office’s 18 meeting rooms support video conferencing, which is another important element of Facebook’s work culture, Banks says.

Banks also mentions the recent impact of “Fuel,” a global movement Facebook has committed to supporting in order to help the company’s workforce lead “extraordinary, 360-degree lives across the dimensions of personal, professional, family, and community,” Banks says.

“All of our managers are now tasked with working with their team members on developing visions that embody what is important to them, and managers are empowered to do whatever they can to ensure those visions come to life for everybody on their teams,” he says.

On securing the best talent

Though Banks does not say whether or not Facebook itself has difficulty finding and retaining top talent, he acknowledges that the company operates in “the most competitive sphere” of the economy, though he also emphasizes the company’s selective hiring process.

“We’re very judicious on who we hire,” he says. “You need to be incredibly mission-driven and focused in order to excel at Facebook, and you need to understand the importance of having fun, collaborating… and enjoying this incredible opportunity we’ve all been given.”

He also says that one reason Facebook moved into the MaRS Discovery District is that by collaborating with more members of Canada’s tech community, the company will have an easier time attracting “future superstars” who will help their clients grow.

In the long run

As for Facebook’s long-term plans for its Toronto office, Banks guesses that over the next three years consumers and the businesses that serve them will see a significant degree of focus placed on both Facebook and Instagram apps, and the platforms they operate on.

“Canada continues to be one of the most penetrated Facebook user-nations in the world, so we’re a very important contributor in that regard,” he says. “We beta a lot of opportunities with our Canadian partners that end up being rolled out globally, and then the money we make by virtue of the ads we sell and the solutions we produce all get funnelled back.”

In addition to Toronto, Facebook Canada has offices in Montreal, Ottawa, and Vancouver, and its staff now include experts in marketing, measurement, creative, PR, media, and communications.

“If you were to ask anybody out here that is working in our open-concept office what fires them up, what gets them excited… they’ll talk a lot about feeling empowered to create or co-create things that will generate revenue, ideas, and products, that will fundamentally change the world over the next decade,” Banks says.

“We eat our own dog food,” Banks says. “I would say people probably spend a quarter of their time here on Facebook and Instagram communicating, posting, consuming, to really make sure they’re experts in their domains.”

Eric Emin Wood
Former editor of ITBusiness.ca turned consultant with public relations firm Porter Novelli. When not writing for the tech industry enjoys photography, movies, travelling, the Oxford comma, and will talk your ear off about animation if you give him an opening.
Previous articleThese are the 5 Canadian cities where IT firms compete the most for new workers
Next articleApple’s iPhone not the only smartphone to see sales decline: report