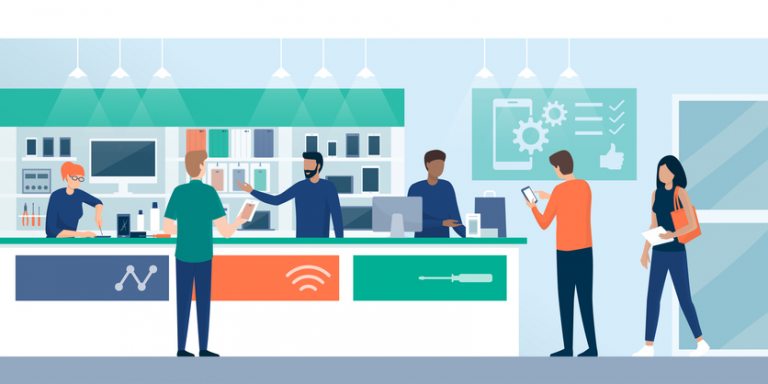 The Canadian Radio-Television and Telecommunications Commission has found that while most Canadians are happy with their sales interactions with Canadian telcos, accessibility is a key issue that needs addressing.

The project gathered the shopping experiences of 422 mystery shoppers across the country between June 2018 to Feb. 2019, focusing on the six largest telcos.

Alarmingly, shoppers with disabilities had trouble finding the appropriate solutions to their needs. Additionally, they reported far lower satisfaction rates and faced more aggressive sales tactics compared to consumers without disabilities. In one instance, a mystery shopper reported an extreme difficulty when trying to obtain a sign language interpreter, a service that some telcos claim they provide. With that said, the CRTC wrote “the sample was not large enough to say definitively if this is a systematic issue and further investigation may be warranted.”

Shoppers with language barriers reported a similar satisfactory score as those without a language barrier. They did, however, report lower scores in certain criteria. Thirty-six per cent of shoppers felt like the service agent did not try to accommodate their language barrier. Fewer shoppers believed that they were given enough time to make an informed decision, and 40 per cent reported that the salesperson marginalized their concerns.

In contrast, 100 per cent of senior shoppers were satisfied with their service compared to 79 per cent of those under 65 years-old. Senior shoppers also gave higher scores in categories including clear information, more time to make a decision.

Despite more robust online portals, customers reported significantly lower scores when purchasing online. The shoppers claimed that the sales representatives would deflect plan pricing inquiries to those in-store. Moreover, accessibility is once again raised into question as customers with visual impairments reported difficulties in accessing the online chats.

Overall, the CRTC found that the average satisfactory rate, which was evaluated via services recommendations, sales practices, pressure to purchase, and offering unwanted services, were 80 per cent. But the CRTC noted that 40 per cent of Canadians report having experienced sales practices that they consider are aggressive.

The trend seems to be on the rise. In the past year, 24 per cent of Canadians seeking to buy reported aggressive sales tactics.

A persistent complaint was that Bell, Rogers, and Telus didn’t offer plans that catered to budget spenders. Their most basic plan sits at CA$75 and includes 10GB of data with no overage fees. The report concluded that the plan can be excessive for some people, but there were no cheaper options to choose from.

With that said, the report did not include plans from flanker brands such as Koodo, and Fido, Virgin Mobile. These brands belong to the larger telcos and offer more affordable plans with lower data caps, albeit served through slower network technologies.

In addition, the project compared a similar 10GB plan from Freedom Mobile owned by Shaw Communications, which was priced at $50 a month. It concluded that regional providers like Freedom Mobile, Sasktel and Videotron offer more variety in terms of data and pricing.

With that said, regional carriers like Freedom Mobile only provide service locally. Freedom Mobile, for example, operates largely in Toronto and relies on its partners’ networks outside of the city. This incurs roaming charges for the user.

Tom Li
Telecommunication and consumer hardware are Tom's main beats at IT Business. He loves to talk about Canada's network infrastructure, semiconductor products, and of course, anything hot and new in the consumer technology space. You'll also occasionally see his name appended to articles on cloud, security, and SaaS-related news. If you're ever up for a lengthy discussion about the nuances of each of the above sectors or have an upcoming product that people will love, feel free to drop him a line at tli@itwc.ca.
Previous articleGoogle renames G Suite to Workspace
Next articleHashtag Trending – LAPD admits using facial recognition; Battle against Big Tech; QAnon banned on Facebook