Canada wrapped up 2016 on a high note when it came to investment in venture capital-backed companies, according to a recent report, bucking the global trend of a 10 per cent decline in deals and a 23 per cent drop in total funding compared to 2015.

The MoneyTree Report from PwC Canada and CB Insights shows that deals and dollars were up in the last quarter of the year, with the number of deals increasing seven per cent from 248 to 266 in 2016 with total dollars invested equaling $1.7B USD in 2016, less than on per cent lower than last year’s figure.

For the quarter, the report said investors gave $527 USD million to Canadian VC-backed startup companies, a large spike of 49 per cent over the previous quarter, with financing spread across 71 deals, which was 27 per cent more than the third quarter of 2016. During the year, quarterly financing topped US$500 million twice and each quarter saw at least 50 deals completed, with the lowest figure being the 56 in Q3.

On a regional basis, Toronto and Montreal were the leading hubs, with their total investment increasing 10 per cent to $578 USD million and eight per cent to $334 million USD for the year, respectively. Toronto’s annual deal total of 87 was down four per cent from 2015, while deals to Montreal-based companies rose 11 per cent to 41. Vancouver also saw healthy deal activity, with deals for the year rising 17 per cent, though total funding declined to $250 million USD from $321 million USD in 2015. In terms of a big increase year over year, the Waterloo Region saw a 65 per cent jump thanks to a $120 million USD investment in wearable computing startup Thalmic Labs. 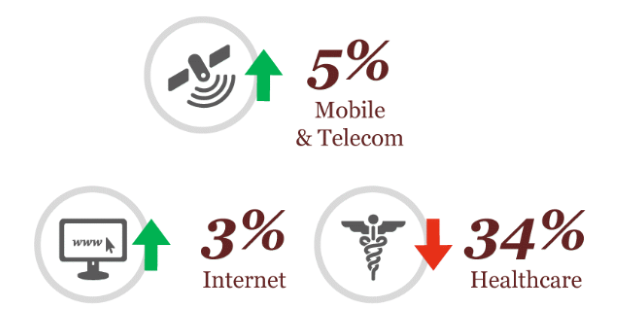 From a sector perspective, the Internet of Things (IoT) was hot in 2016, with IoT companies in Canada securing $306 million USD in financing across 23 deals through the year, while fintech financing and deal activity cooled, though the full-year figures were still relatively robust with 27 deals totaling $274 million USD in funding. Overall, Internet and mobile and telecom companies led the way, with healthcare seeing a significant decline in 2016 compared to last year, dropping 34 per cent.

All of this healthy activity in Canada took place as global VC-backed deals and dollars were down from Q3 2016, with $21 billion USD spread across 1,971 deals; the U.S. and Asia especially saw significant declines. The report said Canada’s momentum was notable given that other regions have seen a reset after record financing in 2015, and that 2017 should be a good year given the growth in Canada’s home-grown investor ecosystem as well as the interest in the market from the U.S. and European investors.