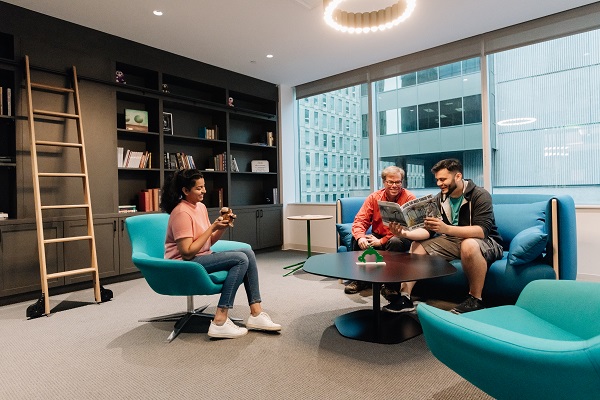 One of Canada’s oldest libraries is closing the books on labour-intensive systems monitoring and inventory processing with the help of a recently released software asset management product set from Microsoft. The Kitchener Public Library’s (KPL) four-person IT team can now easily run a system serving 150 employees and a community of 250,000. What’s more it is able to manage servers, desktop machines and various hardware, from a single console.

These capabilities, says KPL, are being driven by System Center Essentials 2007 a set of IT systems management software products from Microsoft Corp. specifically designed for mid-sized businesses (up to 500 PCs and 30 servers).

IT team members say their ability to monitor, update and control asset inventory remotely allows them to identify and deal proactively with potential problems before they even occur.

“We’re no longer just fighting fires as they pop up, said Bryan Dunham, coordinator of the IT department at the library. The system sends us a warning if a server is undergoing any stress even before we receive a ticket from our users.”

But this happy state of affairs is relatively recent.

Prior to deployment, last September, the 124-year-old library did not have an automated asset tracking system.

To monitor and maintain the building’s 20 servers and 241 workstations, IT personnel often had to check each machine physically.

As the main office of four smaller libraries in the community, the KPL provides research assistance to various students, professionals and companies in the area as well as cataloguing and sharing services with the Waterloo Public Library.

The volume of system activity often puts a strain on Dunham’s small team.

Apart from a limited staff, the IT team was often slowed down by the special security methods used for computers open to the public.

These desktops are used by library patrons for a gamut of activities ranging from research, to resume writing and job application to playing online games.

“We have to lock down the computers to guard against any unauthorized downloads and to prevent users from altering settings,” Dunham said.

He said this practice used to make for very cumbersome asset management.

While on office desktops it’s relatively easy to roll out software upgrades or new applications, Dunham’s team members at KPL had to go into each public computer and unlock it to do the same work.

As updates to certain applications are available frequently, the team waits for these updates to build up so as to cut down on the number of times they have to service each machine.

This was a time-consuming method, however, and updating a single PC could easily take as much as one hour, said Dunham.

Inconsistent machine inventory numbers was also a cause for concern.

Dunham kept a spreadsheet containing the inventory number and locations of each PC to help the team keep track of each machine.

The PCs, however, are often moved around by library staff without the team’s knowledge, making it difficult for the technicians to locate the machines.

With the help ofCMS Consulting Inc, a Toronto-based IT consulting and implementation firm, the library identified Microsoft’s System Center Essentials 2007 as being the right product for its needs.

He said most tools being offered for mid-sized organizations – such as the library – are niche products that specialize in one function alone. Going this direction would have meant that KPL had to install several tools.

Multi-functional products on the other hand, are usually designed for large enterprises.

These products are sold at higher prices because they incorporate high-end capabilities, such as multi-site plug-in, high availability, disaster recovery, data recording and retention and detailed reporting, Cullen said.

“Most mid-sized organizations do not need all of that. For us those functionalities would be overkill,” said Dunham.

Essentials 2007, however, focuses on core capabilities such as patch management, software distribution and hardware and software management.

These are essential functions geared to help the library increase operational efficiency, he said.

Dunham said Essentials 2007 provides him with a single console to view and manage all servers, hardware, software and IT services.

The product set enables the IT team to administer automatic system updates and get warnings on potential problems before they occur.

He said these tools can track commonly used programs and determine which applications are up for license renewal, or have expired licenses, and help administrators determine which software products need to be upgraded or discarded.

In choosing an asset management tool it is vital the IT team consider the products’ compatibility with existing hardware and software systems, according to Armstrong.

“Look for tools that support your servers and the applications you are using.”

Smaller IT teams will also benefit from products that have easy to use interfaces that require minimal training. “This will cut down on the time spent for deployment and maintenance.”