Ottawa-based Amika Mobile, which has developed a platform used by businesses, retailers, educational institutions, and governments alike to notify first response units and contact potential victims during emergencies, is now applying its expertise to protecting bystanders from gun violence too.

The company recently announced a new subscription-based service, Shot Tracer, which upon detecting gunfire simultaneously notifies nearby electronic device users that shots have been fired (using everything from text messages to pop-ups to e-mails to text messages, which are received by both desktop and mobile devices), triggers pre-determined responses such as automated lockdowns, and contacts local first responders.

“In talking to experts, we’ve found that the most effective way to have people survive an active shooter situation without loss of life is to trigger lockdown,” Amika Mobile co-founder and CEO Sue Abu-Hakima told ITBusiness.ca. “But with our product we went a step further… It not only alerts first responders, but makes sure that people get the message that help is on the way.” 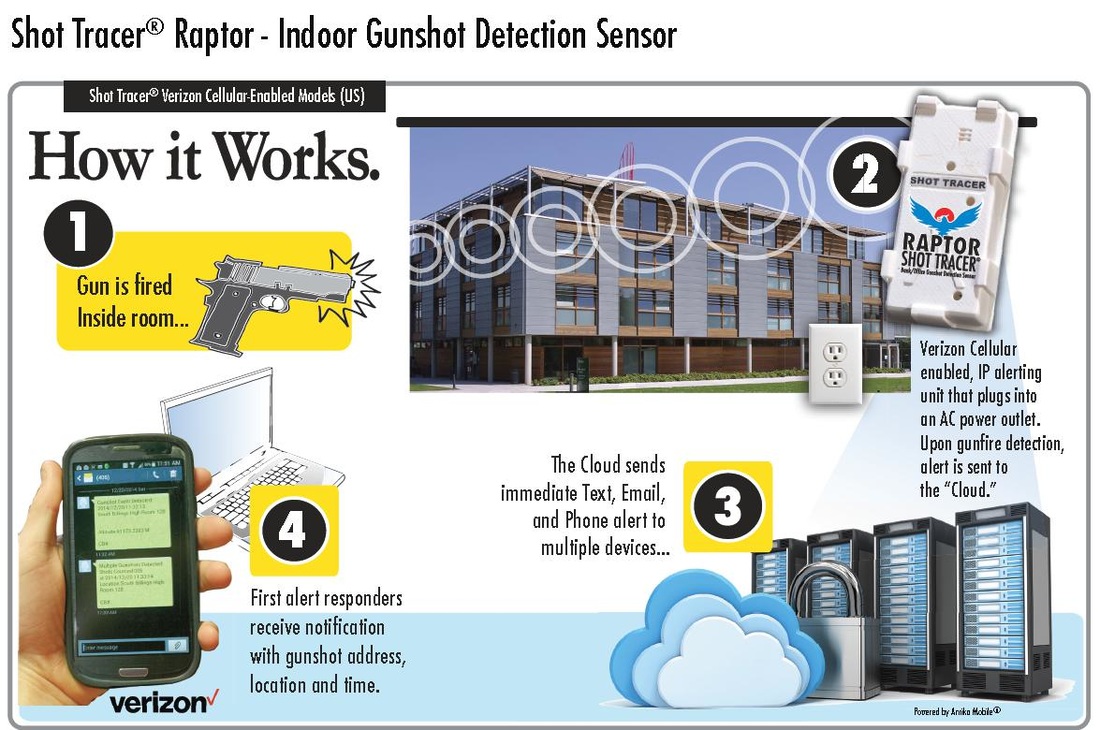 The service is the result of more than a year of collaboration between Amika and Billings, Montana-based Tracer Technology Systems Inc., which developed the gunshot sensor but required a partner to deliver what Tracer CEO Allan Overcast had in mind: a system that could automatically trigger a localized, coordinated response after detecting the first shot.

“If there’s a gunshot in Toronto, first responders in Ottawa don’t want to be dispatched,” Abu-Hakima said. “So we make sure it’s local or regional to wherever the gunshot occurred.”

Subscribers to Shot Tracer can take advantage of the service by setting up sensor detection units, which resemble smoke alarms and can be installed anywhere in a building or vehicle, or holstered.

The service can be purchased through Tracer Technology’s website and currently includes three varieties: the Raptor for banks and office buildings; the Eagle for schools and churches; and the Falcon for law enforcement or military officers.

“They’re already getting requests globally, because sadly, gunshot detection is an important security concern all over the world now,” Abu-Hakima said.

Eric Emin Wood
Former editor of ITBusiness.ca turned consultant with public relations firm Porter Novelli. When not writing for the tech industry enjoys photography, movies, travelling, the Oxford comma, and will talk your ear off about animation if you give him an opening.
Previous article
ScribbleLive shares 3 steps to improve your digital content marketing strategy
Next article
Google begins AdWords redesign for “mobile-first” market

Watch your phone next time you cross the border