I’m a systems and network administrator with Performance Advantage, and I’ve been testing the DL4100 high performance NAS system from WD. Is this the right NAS for ITWC’s team of video and creative professionals? Let’s find out.

At ITWC, the video team uses an older model Drobo NAS to back up the videos it creates for their journalists and clients. It gets the job done, but there’s so much more a modern, cloud-enabled NAS can do. So we were excited to get our hands on the DL4100. Our review model was the four-bay model designed for small businesses, and came with four 6TB WD drives for 24TB of total storage, 16.8 usable after redundancy. There were five things I set out to test with the DL4100 to see if it would be a better fit for us. 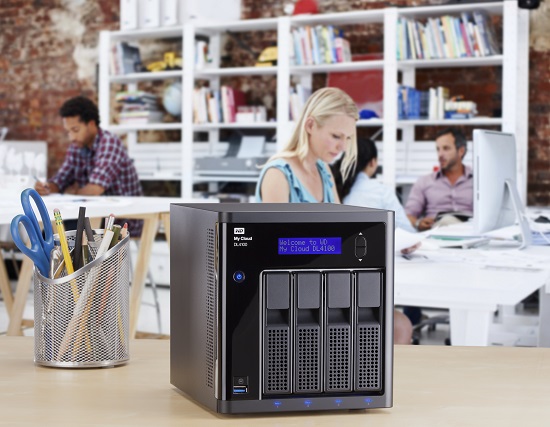 Related
Creative professionals can now take the cloud with them

The DL4100 is comparable in price and feature set to the latest equivalent model of the Drobo that ITWC is currently using, so my inclination would be to stick with what we’re familiar with. However, as a hard drive manufacturer as well, WD has one huge potential advantage over Drobo. Should something happen to the data on my WD NAS, WD has the potential to offer recovery services. One vendor taking responsibility for the NAS and drive would be a real differentiator in today’s market.

I’m Richard Boelens; thanks for watching All Hands on Tech.