It’s been a long road to New York for Research In Motion. After pushing the release of its new operating back twice, renaming the brand from BBX after a trademark dispute, replacing its co-founder co-CEOs with a German operations guy, and generally getting flogged like a dead horse in the press, it’s time has finally come. On Jan. 30, RIM will launch its new OS, BlackBerry 10, and unveil new hardware at a globally-broadcast event in New York City. Here’s what we know about the event and what will be unveiled so far. By Brian Jackson 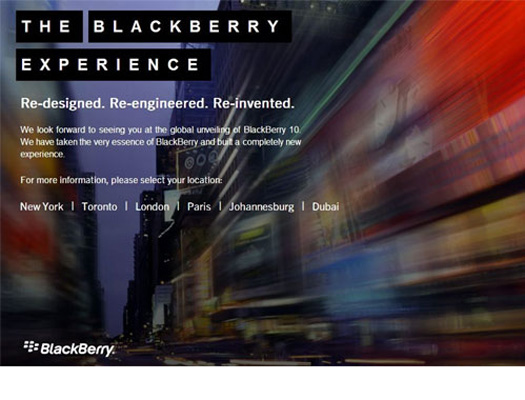 There’s a new redesigned mobile storefront serving up content to BlackBerry users. BlackBerry App World features a much more graphical layout with a top carousel to feature apps, and more apps displayed in a tiled grid, segmented by category. You’ll need a BlackBerry ID to access the content, which will now include music, games, and movies. 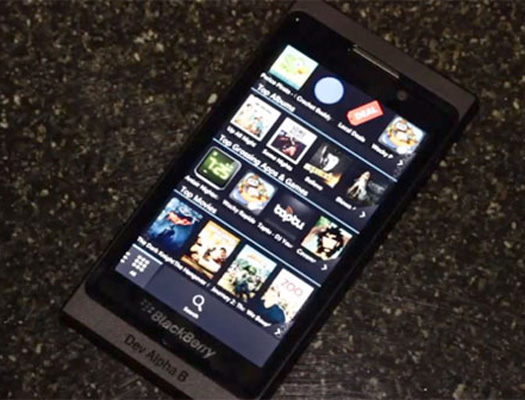 Research In Motion is trying to solve the bring your own device (BYOD) conundrum of separating sensitive work data from the more fluid data we personally keep on our smartphones. Balance separates your data into work and personal profiles, and you can switch between them with one gesture. 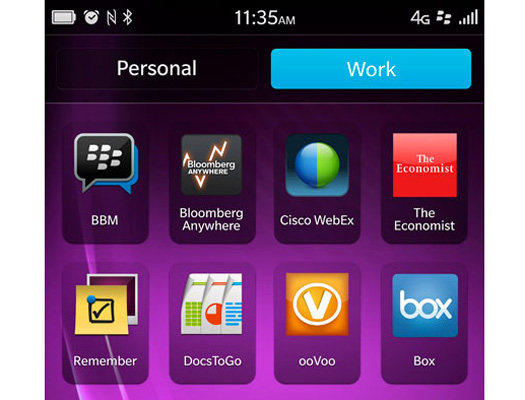 The new Web browser on BlackBerry 10 has full HTML5 support – Research in Motion has shown off its compatibility scores and ability to play Tetris online – and integrates your social networks for sharing. It’s billed as “super fast,” a cleaner look designed to showcase the Web page, and has taggable bookmarks. The browser also appears to support Adobe Flash, a mobile rarity. 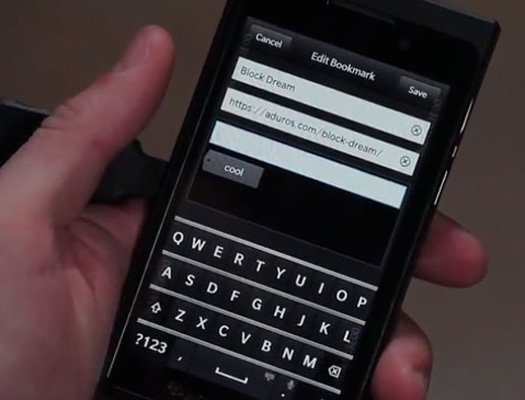 An interesting unique feature on the BlackBerry 10 camera is Time Shift. It captures a fraction of a second before you press the shutter button, and after you press it. Then if your photo subject blinked at the wrong time, you can move forwards or backwards in time to capture the best image. The camera also has face detection, so it automatically knows when people are in your frame. 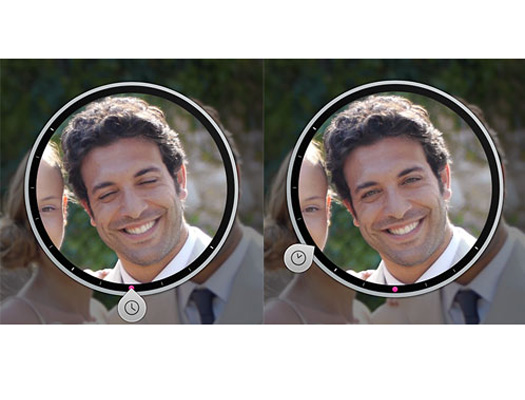 The BlackBerry 10 OS hinges on the Hub. Its a communications organizer that swipes out from the left side of the screen, whenever you want to summon it with a gesture. It brings in messages from your e-mail, SMS, social networks, and the new BlackBerry Messenger. From the hub, you can flow through your conversation and view related information like contacts or calendar items. 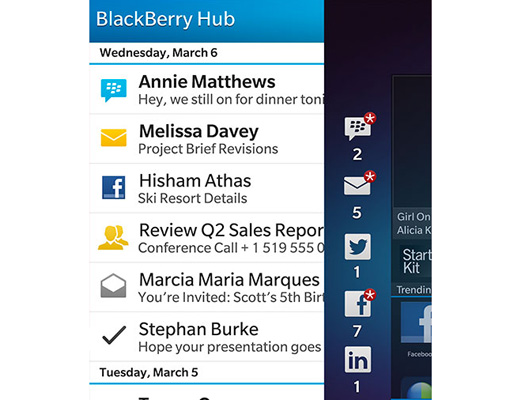 BlackBerry fans have long been enthusiasts for a physical keyboard. But Research In Motion is trying its hand at making a great touch keyboard with BlackBerry 10. Its predictive text mode works by positioning the word you might be typing above the next key you’d be pressing anyway – then a simple swipe up will select it. The keyboard will even adapt to your common typos, shifting keys to help you hit the right one. 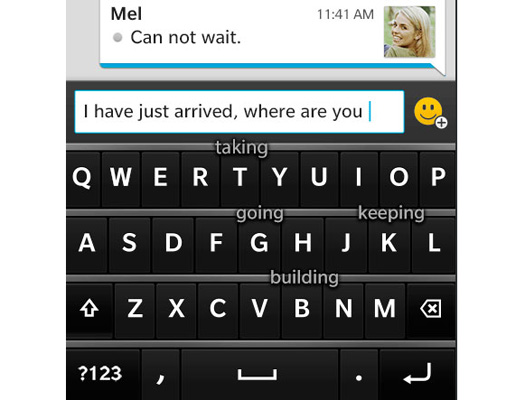 Less details are known about Research In Motion’s new hardware than its BlackBerry 10 operating system. But it’s expected the BlackBerry Z10 will be the flagship device and expected to hit markets soon after launch. It’s an all touch-screen phone with no physical keyboard. In a comparison video posted to a German blog, the Z10 has a noticeably wider screen than the iPhone 5, and a removable battery. 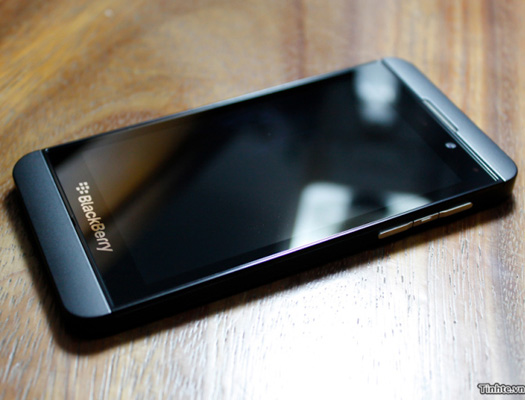 This is the phone diehard BlackBerry fans will be raving about. It features a physical keyboard below a smaller touch screen, much like the recent BlackBerry Bold models did. It’s been recently rumoured this device will be ready at launch, but an older rumour pegged the release as late as June. 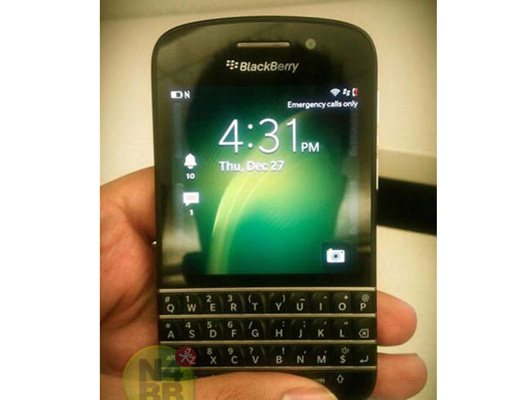 Taking over as CEO of Research in Motion when it was in the doldrums of public opinion and far behind its competitors in terms of a current product, the BlackBerry 10 launch will define Thorsten Heins legacy. After sliding to sub-$10 stock prices in recent months, RIMM has rebounded with the anticipation of the BlackBerry 10 launch. But will it be able to keeps its momentum? Heins has mused in interviews about licensing BlackBerry 10, and won’t even rule out selling off the hardware business. Jan. 30 may hint at what other plans are in store. 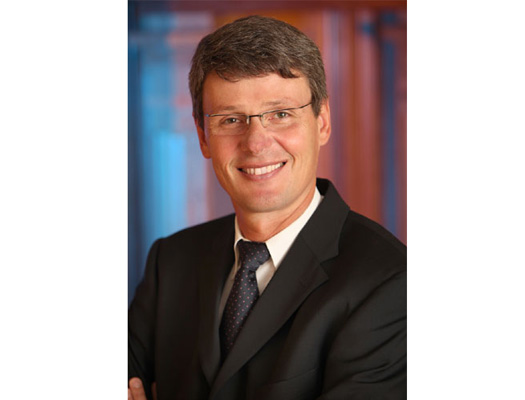