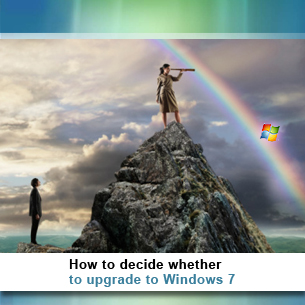 How to decide whether to upgrade to Windows 7

The arrival of Windows 7 beta operating system (OS), to rave reviews, is giving IT managers a lot to consider. XP users need to start planning for the future, as they face a swirl of options. Should they upgrade to Vista now to simplify the move to Windows 7, wait for Windows 7, try a mix of both options, or stick with XP and worry about upgrading later when the economy improves? 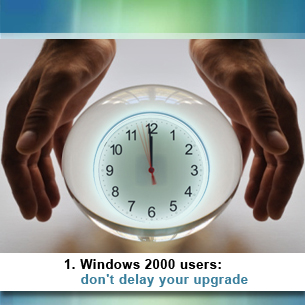 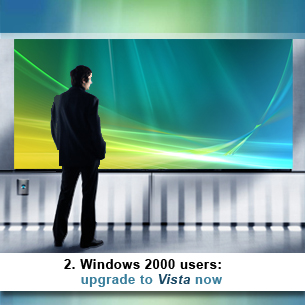 Many vendors have stopped supporting Windows 2000. So users of that operating system will “need to make a change if they haven’t done it already,” says Schuster. 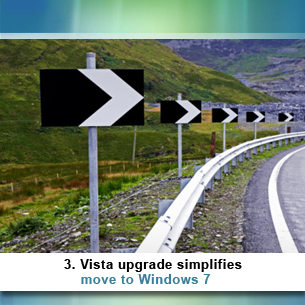 Thirty-one per cent of IT decision-makers are planning to upgrade to Vista, according to a Forrester Research survey. These companies will be in “good shape” when it’s time to move to Windows 7, suggests Schuster. She says Vista users are set up for easier migration to Windows 7 “when they want to do it because of the high degree of compatibility between the two operating systems.” 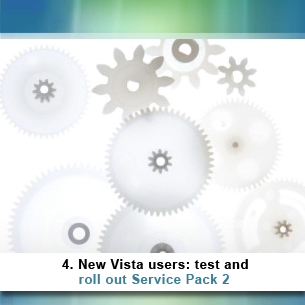 If you have recently moved over to Windows Vista, Schuster recommends you plan on testing and deploying Windows Vista SP2 – set to be released to manufacturing in the second quarter of this year. 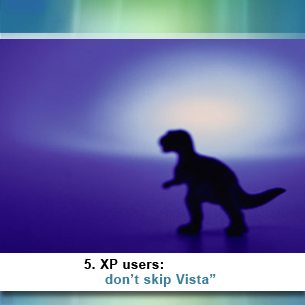 Contrary to the advice of some independent commentators, Schuster urges Windows XP users not to skip the transition to Vista. If you do that, she says, you may find yourself with applications that are no longer supported on XP and not yet supported on Windows 7. XP customers should know how many applications they have, test to see how many are compatible today, and talk to application vendors about when support will stop and when they will start supporting Windows 7. 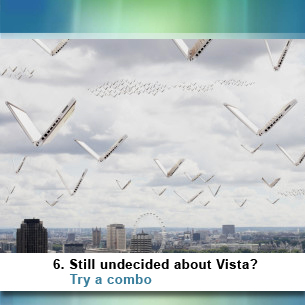 Thirty per cent of XP users are still unsure about what step to take next.

If you’re hesitant about moving over to Vista, Schuster suggests creating a heterogeneous environment running XP, Vista and possibly Windows 7 machines for a year or two before making a full migration to 7.

Other experts, however, describe ways you can get all of Vista’s goodies – such as greatly improved security, transparent windows, Windows Flip 3D and the Network Map – without spending the money to upgrade or get new hardware. 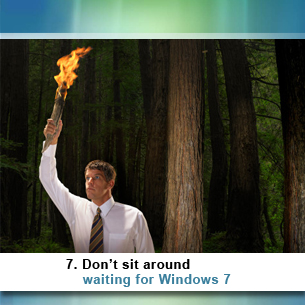 7. Don’t sit around waiting for Windows 7

If you have already decided on using Windows 7, don’t sit around waiting for it, Schuster says. She suggests starting the process with Windows 7 now, by looking hard at the beta and testing your applications to see which ones are compatible with Windows 7. 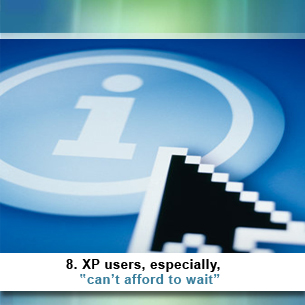 XP users, Schuster says, should be consulting with their application vendors to find out which apps will be compatible with Windows 7, and whether they need to make a move to Vista, first. Those who’ve decided to move to Windows 7, she says, should start deployment now realizing it will “take 12 to 18 months to get it done.” Some other commentators, however, take a very different view, noting that Windows XP users can keep the OS running for years to come – provided they spend some time maintaining it. 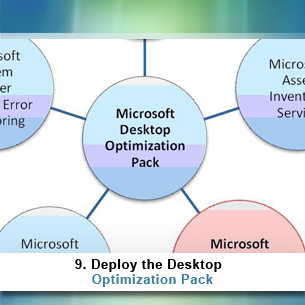 Schuster recommends deploying the Microsoft Desktop Optimization Pack (MDOP) regardless of which OS you are using or planning to use. A suite of six products that help you manage PCs, MDOP is available to businesses using Microsoft’s Software Assurance maintenance program at an additional cost. The goal of the pack is to help IT departments reduce the time and money it takes to test and deploy new applications. 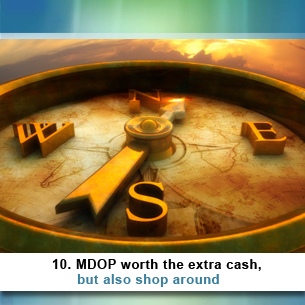 10. MDOP worth the extra cash, but also shop around

Gartner released a report in July 2008 analyzing the benefits of the pack. They also praised the price of $7 to $10 per user, per year and stated use of a single MDOP feature could justify the cost of the whole pack for some customers. However, Gartner does advise you compare the features in the MDOP with similar products from companies such as VMWare, Citrix and Altiris.