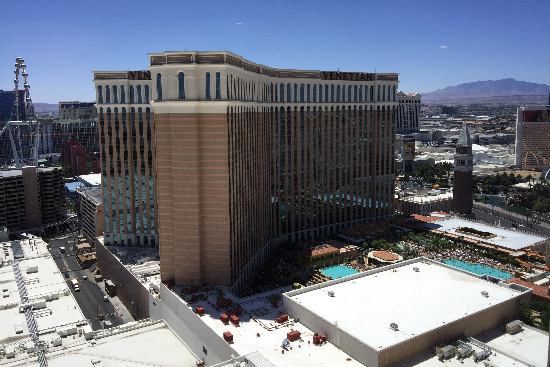 This past week, SAP held its annual SuccessConnect conference in Las Vegas, highlighting updates to the HR cloud software suite, showcasing some of its most notable clients, and more. Be sure to read our coverage about the change to its support plan, the new Intelligent Services, and how to be a successful channel partner. 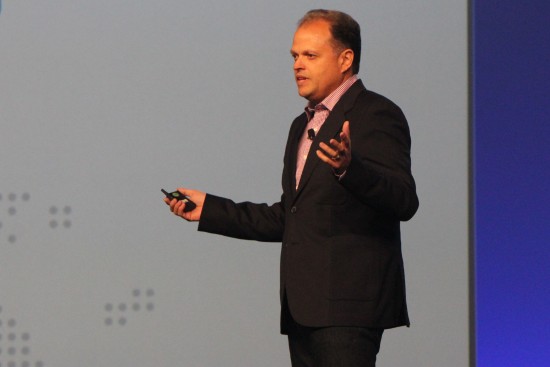 There’s only one direction for HR to go in the future, said Mike Ettling, president of HR at SAP – to the cloud. “Make no mistake, in the next three years HR will definitely be in the cloud.” SuccessFactors has been exclusively available in the cloud since its launch.


Call from the top 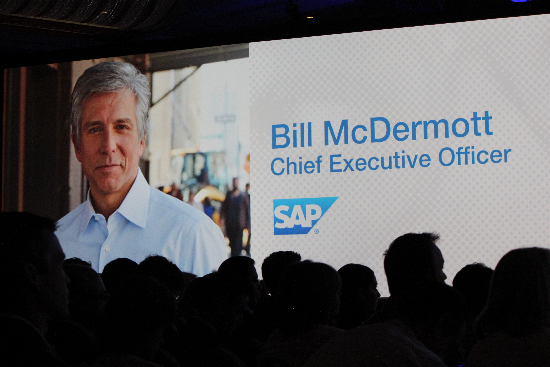 Still recovering from a serious accident that he suffered in January while at a family home, SAP CEO Bill McDermott called in to participate in the opening keynote of SuccessFactors. “Digital is taking over the world so quickly, it has to be number one on the CEO’s agenda to stay close to the customer,” he said. 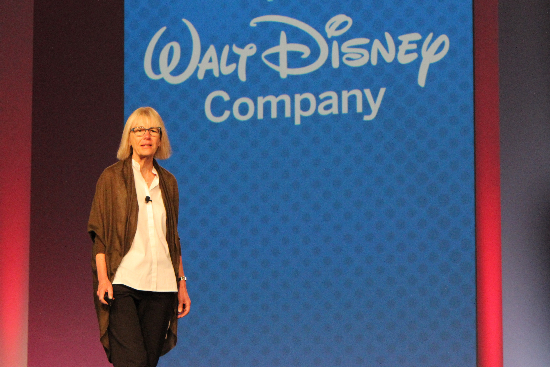 After Disney’s movie adaptation of the Jules Verne classic 80 Days Around the World was referenced as a metaphor for moving to the cloud, it was fitting to hear from Jane Bemis, VP of enterprise human resources information systems at Walt Disney. Disney wanted to make an intuitive employee experience, she said.

Boston Scientific looks at the evidence 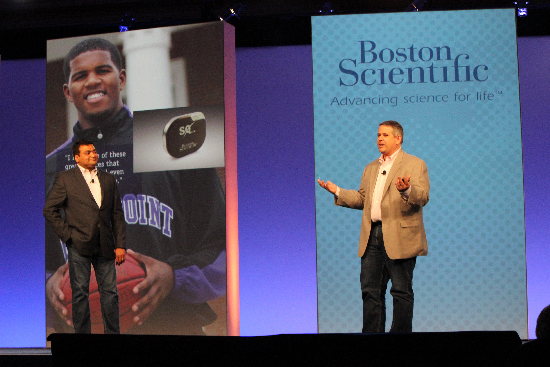 The world’s largest medical device manufacturer also shared its cloud transition tale. Rich Adduci, CIO at Boston Scientific, talked about the partnership he made with HR to succeed with the transition. “Anyone that’s gone through a major transformation as we did, knows that you need to have great partnerships for success.” 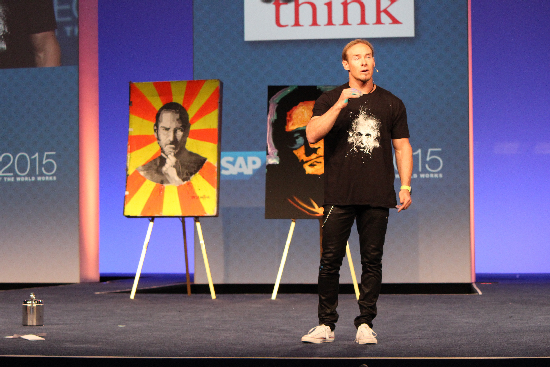 Graffiti artist Erik Wahl started day two’s keynote by painting a picture of Bono on stage while U2’s A Beautiful Day played. Then he gave it and $100 away to two different audience members. “HR is an art,” he told the audience. “Creativity has been wrongly diagnosed as a genetic trait… but I’ve found it’s a practiced and disciplined skill.” 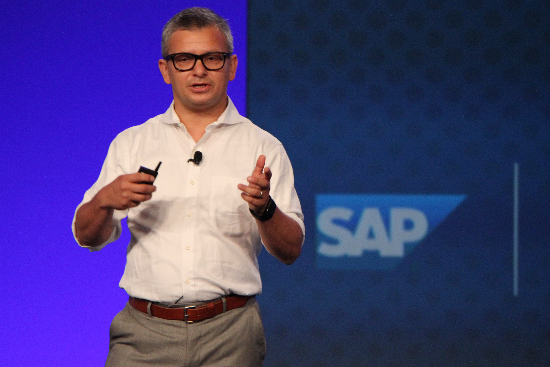 The big upgrade to the SuccessFactors suite was Intelligent Services, a set of 16 pre-configured automated events that are included in the suite’s Q3 release. Demoed on stage by Dmitri Krakovsky, senior vice-president of global product management at SAP, the services use machine learning and promise to cut down on manual work done by HR staff.


Linking up with LinkedIn 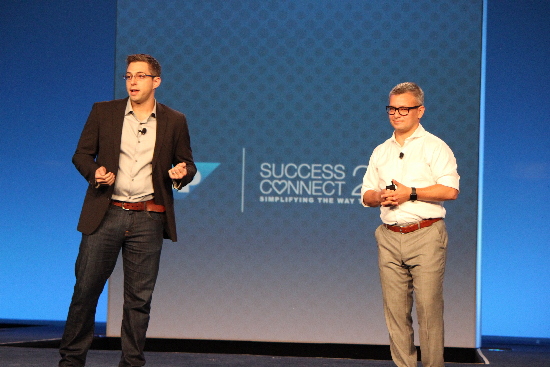 SuccessFactors announced new LinkedIn integration where employees (and new candidates) can opt-in to share their LinkedIn profile information into the SuccessFactors cloud. Lee Womer, director of business development at LinkedIn, showed up to christen the partnership. 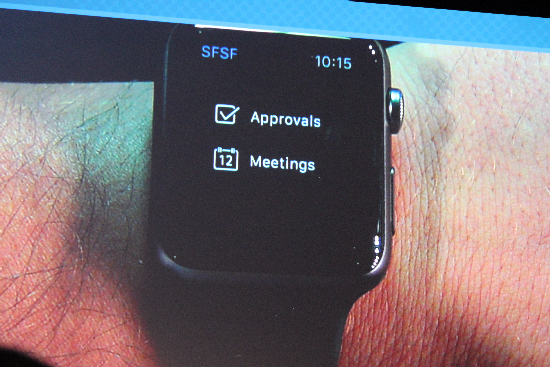 In the effort to make its cloud suite as mobile-friendly as possible, SuccessFactors has launched an Apple Watch app. Krakovsky showed off a couple of features, showing how he could view basic profile information of people he had a scheduled meeting with, right on his wrist. 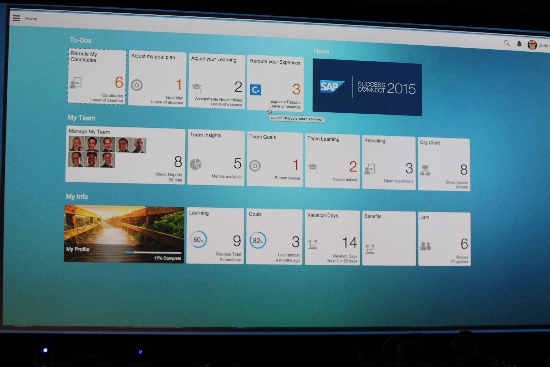 SuccessFactors is getting a long list of upgrades for the Q3 release. Expert Self Service is being introduced, as is an Extension Centre, a people profile-oriented search, and recommendations for users about what Learning modules to take.