The best Windows 8 devices so far: laptops, tablets, and all-in-ones

The arrival of Windows 8 draws nearer. The new operating system’s focus on touch has inspired manufacturers to focus on a movement of new devices: laptops and tablets, fused together — informally called tabtops or laplets. Their recent entrance means manufacturers are experimenting with a variety of innovative form factors. Similarly, Windows 8 has pushed manufacturers to create unique All-in-One devices with touch screens. In this exclusive ITBusiness.ca slideshow, we examine the cream of the crop in Windows 8 hardware. Have you ever seen a 20-inch tablet PC? Keep your eyes peeled for one.
By Herbert Lui, ITBusiness.ca 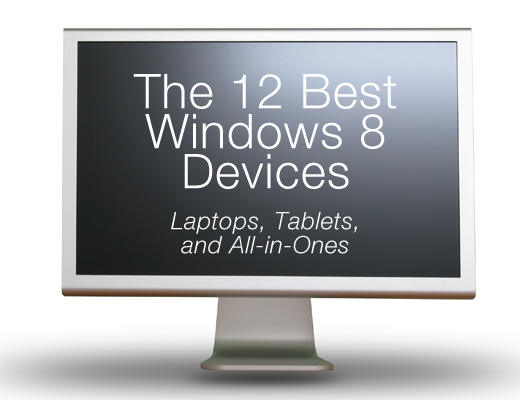 Samsung’s Series 7 Hybrid PC (also known as “ATIV”) features a docking station design — one of the new, innovative methods of computing in this new wave of tablet/laptop hybrids. Aside from its unique form factor, it features an Intel Core i5 processor and a relatively standard 4GB of RAM. One more thing: its 11.5-inch screen is complemented by a stunning full HD 1920×1080 pixel display. The Series 7 costs USD $1,199 and will be available Oct. 26, 2012. 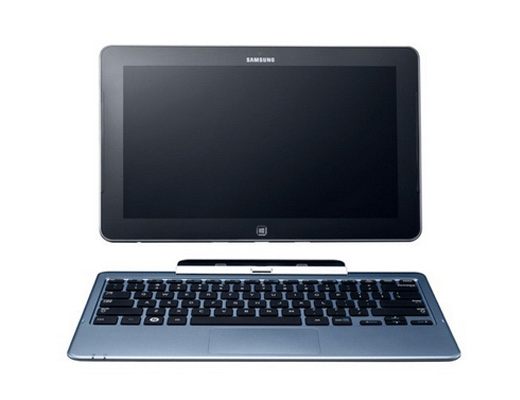 Aptly named, the Lenovo IdeaPad Yoga is a laptop that is capable of bending backwards completely — that’s right, 360 degrees. That means it can function both as a normal laptop, and as a tablet once its lid is completely folded back (and the keyboard is on the other side). It comes with an Intel processor (apparently upgradeable to an i7) and 8GB of RAM. It boasts around 8 hours of battery life. While an official release date has not been announced yet, a press release from Lenovo announces the Yoga’s MSRP to be at $1,199. 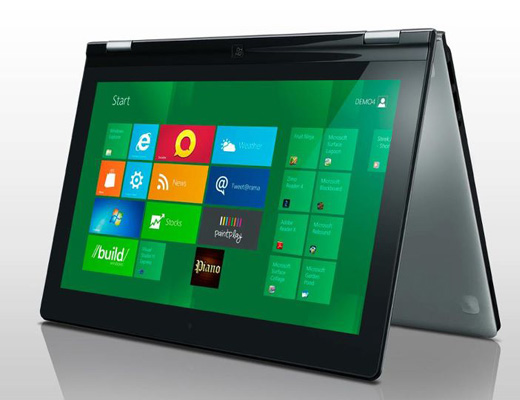 Claimed by some reviewers to be the “best laptablet yet”, the Toshiba U925t is a mobile device whose screen can be slid up and out in order to reveal a QWERTY keyboard. It features an Intel Core i5 processor (which seems to be standard amongst many of our selections), and has a 12.5-inch 720p screen made of Gorilla Glass (same material as the iPhone). It features a 3-megapixel camera. While Toshiba is quiet about the release date and the price has not been officially announced, some experts estimate it to come in at around $1,200. 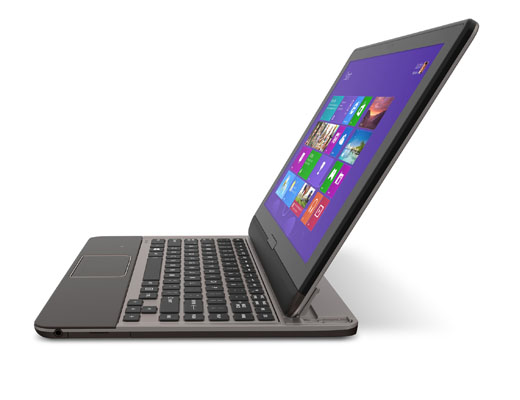 The Sony VAIO is essentially a 20-inch tablet. You didn’t read that incorrectly: it is a 20-inch screen you can carry around with you everywhere (it weighs in at 5.2kg). The Tap 20 comes with an Intel-based processor (you can select between i3, i5, or i7) and an Intel HD Graphics 4000 card (although Sony’s Mobile Bravia Engine 2 should enhance the picture quality on the screen). The Sony VAIO Tap 20 will be available starting at the end of October, and the price is estimated to come in at around $1,250. 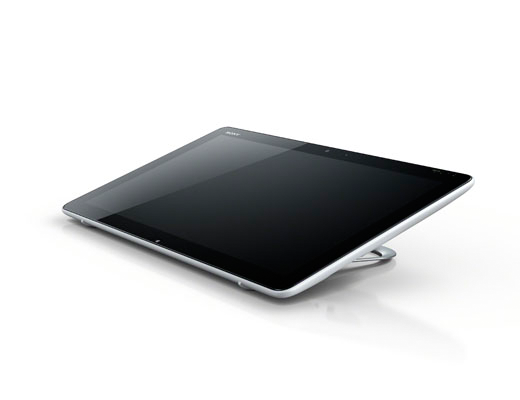 ASUS has created an 18.4-inch all-in-one PC with one unique twist: it dual boots Windows 8 and Android 4.0. The most remarkable part of this device is its screen is completely removable from the dock — once it is removed, it is an 18.4-inch tablet and goes into Android mode. It has an 10-finger multitouch LED backlit display. ASUS has kept its lips sealed regarding any pricing details and the release date of the Transformer AiO — nonetheless, its unique form factor and function definitely makes it one to keep our eyes on. 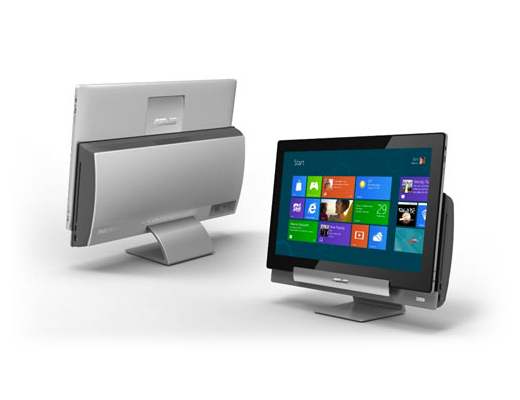 The Acer Iconia W700 is a tablet with a dock. It features an Intel Core i5 processor and a full HD (1920px x 1080px) 11.6-inch screen. The dock is its most unique feature, as it transforms the W700 from a basic Windows 8 tablet into a useful tablet PC that can dock in landscape or portrait on tables or counters around the home. It is capable of over 8 hours of battery life. It comes with a 5-megapixel camera, a 1.3-megapixel front-facing camera, and Dolby Home Theatre and large stero speakers. While pricing is not set in concrete, it has been rumored to cost between $799 and $999. 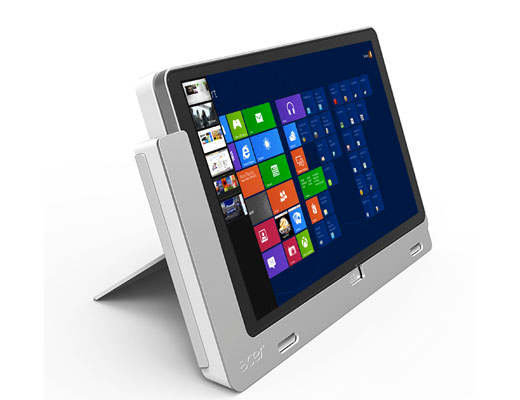 No stranger to the press, the Microsoft Surface Pro is a tablet with a keyboard docking station. It features a 10.6-inch screen that comes in Full HD and ClearType. The Surface Pro also features a built-in kickstand so it can be propped up on any surface (see what they did there?). It is powered by an Intel Core i5 Ivy Bridge processor The Surface Pro will be available on Oct. 26, 2012. Pricing has not been announced, although it is expected to play competitively with a comparable ARM tablet or Intel Ultrabook-class PC. 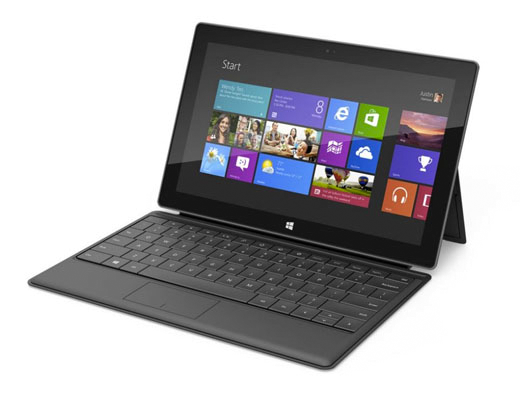 Dell’s XPS Duo is a laptop whose screen can rotate on its frame. That means users will be able to flip the screen over and close the lid, and use the XPS Duo 12 as a tablet. It features a 12.5-inch Gorilla Glass touchscreen display, still keeping things sharp in Full HD. It is powered by an Intel Core processor (and can be upgraded to an i7). The Dell XPS Duo 12 is expected to be released by the end of the year. 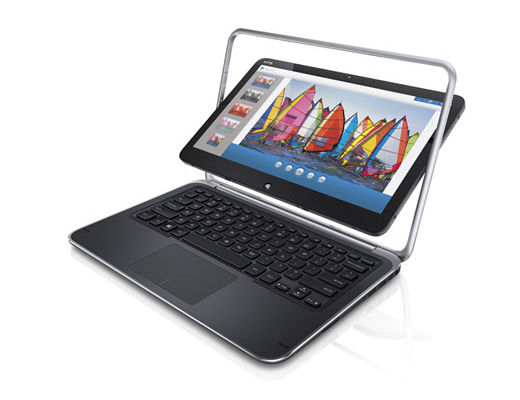 I can already hear the groans, but let me explain why this is a valid addition: Windows 8 is an extremely touch-based operating system — after all, hence the reason why every other piece of hardware on this list has a touchscreen. The problem is a lot of touchscreens use a membrane over the screen to sense your finger. The light has to go through this membrane, which is an additional layer that isn’t exactly optically transparent. Also, a few reviews have popped up claiming that fingerprints are an eyesore on some devices. The MacBook Pro, despite not having a touchscreen, has one of the smoothest and most responsive trackpads in the market right now, which warrants its consideration as a Windows 8 device.
Now, back to our regularly scheduled programming. 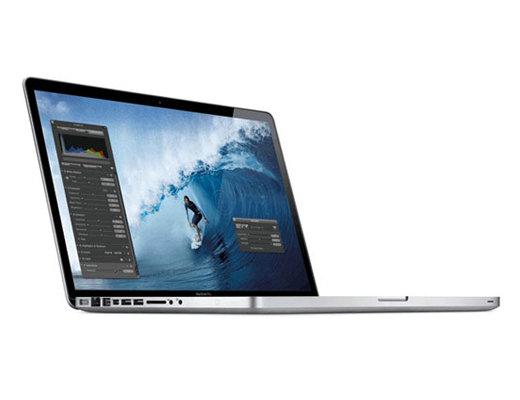 The HP Envy x2 is a tablet with a keyboard dock. It has an 11.6-inch screen with 1366px x 768px of resolution. The screen has its own battery, and can connect to a portable keyboard dock — which has another battery. When the two are connected, the Envy x2 will drain the portable keyboard dock’s battery first, which leaves most of its charge in its tablet module intact and untouched until necessary. The HP envy x2 also features Beats AudioTM technology and integrated NFC capabilities. Although Canadian details are not out, the HP Envy x2 will be released in Canada Dec. 9 at a starting price of $849.99. 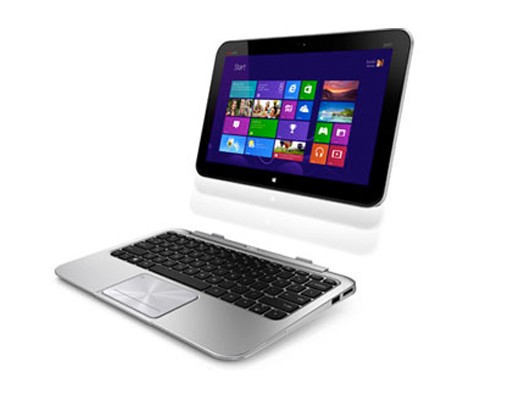 Dell is showing off another all-in-one computer dedicated for Windows 8. Dubbed the XPS One 27, this computer has a 10-point touch display that has a razor-sharp Quad HD (2560px x 1440px) display. It is powered by an Intel Core i5 (can be upgraded to i7), up to 16GB of memory, and an optional NVIDIA GeForce GT640M GPU. The Dell XPS One 27 is already available on Dell’s website (albeit without Windows 8), and can be in your living room starting at $1,399.99. 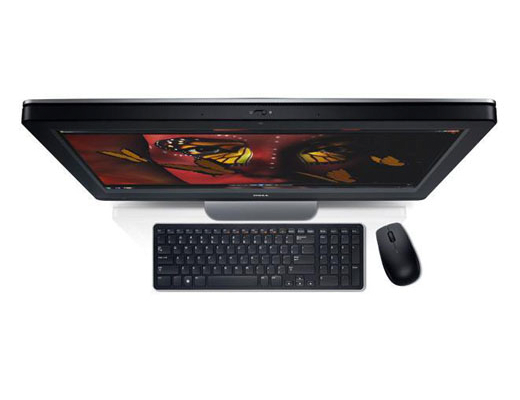 The ASUS TAICHI is a notebook with two screens — the extra one is mounted on the lid. Naturally, when users close the notebook, they can use that second monitor as a tablet. There are two variants to the ASUS TAICHI — one that has 11.6-inch screens, and the other with 13.3-inch screens (which has Full HD resolution). This also means that users can use both screens at the time — so technically, they can watch two movies simultaneously, or one user can play a game while the other does serious work. Despite the extra screen, it weighs no more than three pounds. The TAICHI is expected to be out before the holiday season, and despite the lack of official pricing, it has recently been discovered that its bill of materials reveal $900 in costs. 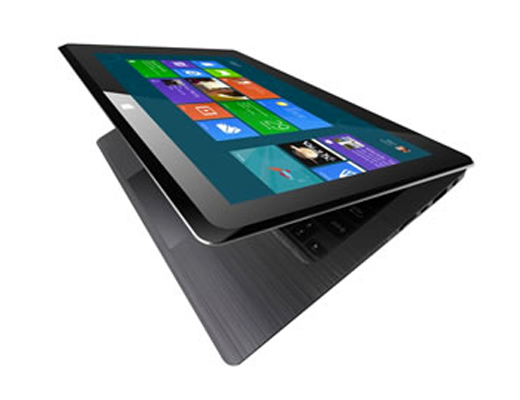