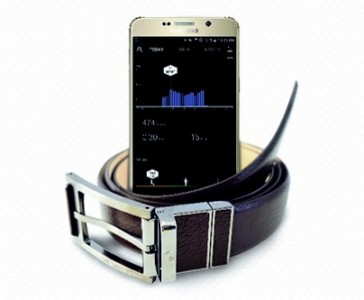 CES never fails to show the world some of the industry’s crazier ideas, and 2017 was no exception. While we aren’t sure anything measured up to the sheer “what were they thinking?” quality of last year’s Samsung “smart belt” (above), whether it was concept laptops or new takes on virtual reality, augmented reality, and drones, there was plenty of interesting tech on display in Las Vegas this year – and we’ve gathered our favourites in one place. Razer’s latest experiment is Project Valerie, a three-screened concept gaming laptop. Not only does this laptop pack a punch with an Nvidia GeForce GTX 1080 graphics card, but it features three 17.3 inch screens that all support 4K resolution.

This concept laptop won’t be in stores anytime soon, Razer just wants to see if there is an audience for this thing. Considering two of the prototypes were stolen at the event, the hardware manufacturer may be onto something. Acer‘s $9000 laptop is a powerhouse – if you can afford it. This is the first curved screen notebook that we’ve seen, but that alone doesn’t justify the price. Packed inside are the latest 7th Generation Intel Core i7 processors, 5 cooling fans, and dual GTX 1080 GPUs. It also has a mechanical keyboard and a numberpad that can be turned into a touchpad.

Somebody is bound to be disappointed by the lack of spec configuration by the customer allowed, but we agree with Acer on this point – if you’re going to spend around $9000 on a device, you may as well get the best specs available. On the surface Chinese tech company Changhong’s new smartphone looks just like any other. Well, except for the fact that it can scan for molecular authenticity.

Using technology developed by Consumer Physics the smartphone can use Scio molecular identification, which uses spectroscopy sensing techniques and cloud computing to identify objects, allowing for all sorts of data to be gathered on an items chemical composition. Fancy a game of Dejarik? Star Wars fans everywhere can finally play the board game first seen in A New Hope with this new AR machine. No special glasses or smartphone are needed, and the lamp can even be controlled with a PlayStation 4 controller.

The device will ship early this year with an animated chess game attached. 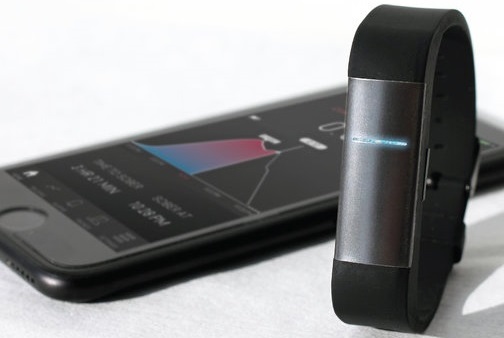 Wondering if you should have another drink? You’ll be able to find out easily with Milo Sensors’ newest smart tech – a wristband that can track your blood alcohol level.

The wristband doesn’t just alert the wearer once he or she has reached a certain point either. It constantly tracks your blood alcohol level, allowing users to check how fast they may be affected. But don’t worry, the moment you reach that .08 per cent threshold – you’ll be notified immediately. Oh, don’t forget the optical heart rate sensor packed in there, and a battery life of three to five days. It’s also waterproof up to 50 meters, meaning you could go swimming with it. Airports need to keep the airspace around them clear, and with this new bird drone, they might be able to save a few bucks doing so. Airports have traditionally used a falconer with a trained bird of prey to clear the area, a much more expensive option than a Robird.

The Robird is designed to mimic birds of prey, and since birds know that birds of prey are territorial, a flying Robird would teach other birds that it’s a dangerous area, keeping them away. How to move your feet in VR has been the prevailing question over the past year, and with the Cerevo VR shoes, that question may be answered.

Interestingly, Cerevo isn’t initially targeting high-end headset owners with Oculus Rifts, HTC Vives, or PlayStation VRs, but instead Google DayDream owners. Considering the steep price starting at $1000, we’re not too sure how great an idea that is. Let’s face it, we’ve probably been brushing our hair wrong our whole lives. With the Kerastase Hair Coach, we can finally get back on track.

Created by Withings and L’Oreal, the Hair Coach can tell you the condition of your hair and how you brush it, and then offer feedback via a companion app. It’s also $200. 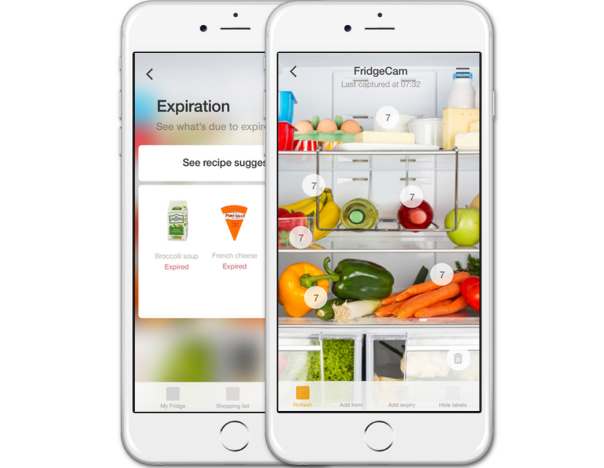 We’ve all had that moment when we want to check what’s in the fridge, but don’t want to walk all the way over – and now you’ll never have to again. The FridgeCam sits on the inside of a fridge and takes a photo every time the door closes, and sends that image to a companion app.

Through the app, users can learn what foods are expiring, and receive recipe suggestions, which actually makes this technology seem more useful than you’d initially think.