Canadian Brands are constantly creating innovative, engaging, and often disruptive content on Twitter in an attempt to build connections and drive widespread conversations across Canada and around the world. 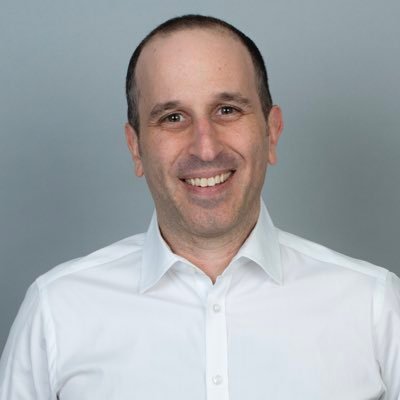 Over the past 12 months, many top partners and brands ran campaigns on Twitter that made audiences laugh, contemplate, and stay connected.

“There’s some continuity between all of them. And then there are some unique things. If we look at the big trends from 2019, brands connecting to culture or driving a sort of conversation tend to rise to the top,” Jamie Michaels, head of brand strategy at Twitter Canada, said in an interview with IT World Canada.

Together with Michaels, we’ve broken down this year’s best Twitter brand campaigns.

BELL LET’S TALK DAY 2019 OFFICIAL VIDEO: Today, every view of this video makes a difference. All you need to do is watch it and Bell will donate 5¢ to mental health initiatives. Share to help spread the word! #BellLetsTalk pic.twitter.com/zVdFiEafYl

Bell took a stand and connected to culture in a unique and authentic way when launching its campaign, says Michaels.

The annual Bell Let’s Talk initiative has started a conversation about mental health and took that conversation one step further by urging people to fight to end the stigma around mental illness. Five cents are donated to these initiatives every time the hashtag #BellLetsTalk is used.

“Bell very much has a purpose. It uses our platform to communicate that purpose. And more importantly, it started a conversation around the purpose that isn’t just limited to Canada but goes around the world. So, it does that really well,” says Michaels.

CIBC Aventura Visa, in partnership with the Food Network

❤️ this Tweet to receive weekly recaps & join a culinary journey with Food Network Canada’s exclusive Twitter series #DestinationDishes. A trip that’ll take you around the world with renowned chefs, one recipe at a time. pic.twitter.com/xfltCwIdHm

Described as the best #OnlyOnTwitter launch by Twitter, the campaign by CIBC Aventura Visa was all about creatively using Twitter as the only media partner to launch the first-ever cooking series in partnership with Food Network.

As part of the campaign, Aventura gave their followers and the people of Twitter the power to name their preferred travel destination each week, and the content for the week would be a dish inspired by the travel destination picked up in the poll. Every time new video content was rolled out with a Food Network celebrity chef preparing that dish.

“CIBC essentially created new content that you couldn’t get anywhere else. Because the demand for information around travel and food was super high, so they actually catered to that. It’s called being diverse. You’re not just tweeting text, you’re actually creating original video content, which might be the solution,” Michaels explains.

McDonald’s Canada connected to big cultural events and drove the rich conversation on Twitter around the launch of their #BeyondTheArch campaign, by leveraging the excitement of the fans of Toronto Raptors across Canada. As the fandom of the Raptors grew, so did conversations around McDonald’s as they kept their Twitter content topical and highly connected to the NBA playoffs.

“This is another trend that I observed this year. It is kind of like borrowing from culture. I think McDonald’s did a really great job around the Raptors in terms of adding value to the conversation on Twitter and not just promoting their association. Some of their creatives were entertaining. I saw people retweeting the golden arches which showed that people found their content to be really great as it went beyond just McDonald’s and right into the conversations,” says Michaels.

@AnneJagielka A big change could be in the air for Stevie, but how has playing the role changed Emily Hampshire in real life?

The comedy show, Schitt’s Creek, got people excited about the upcoming launch of its fifth season through its engaging and fun content, resulting in it becoming the most-tweeted-about Canadian TV show of 2019. It gave the fans an exclusive behind the scenes and started a conversation with them each week to remind them when a new episode is aired and the cast of the show teased out a sneak peek video of the upcoming episode.

“This is another fun campaign where fans of the show created a real community on Twitter. And, in my opinion, CBC was really smart. They really looked at the conversations that the fans of the show were having and then they catered to those conversations. So, a lot of the chatter around the show was the anticipation of the next episode/step. People were excited and discussing what the new plotlines might be, etc.,” Michaels explains.

“So we actually work with them to create a custom program where people could subscribe to their tweet by liking the tweet, and then anyone who liked that tweet would get a preview of the upcoming episode exclusively on Twitter. So, the real hardcore fans would actually get a little clip before anybody else. Then, it reminded them to watch the show live the same night. So it really did a whole bunch of things and their brand voice was great.”

The Twitter campaign by the new kid on the block – No Name – helped it gain over 23,000 followers within the first two months, making it one of the most talked-about Canadian brands on the platform. It had no social media presence and picked Twitter to launch its social persona. No Name has been able to give its brand a personality through clever and unique tweet content, paired with high spirited conversations and interactions with people.

“Another big trend is for brands solidifying what their voice is. And we saw this come together really well with the No Name brands. It’s one of my favourite campaigns of the year and it’s not even really a campaign per se. It’s a brand that, in the real world, has products and packaging and everyone in Canada knows No Name brands. But, what we don’t know about it is that it’s actually funny, there’s a personality there, and that it likes to interact with people. And what we see is people really want to have the brand respond and interact with users, which for a brand is pretty cool to have people want to have fun with you on a platform like Twitter,” says Michaels.

“It wasn’t even on Twitter before. But now, if you were to ask somebody who’s a Twitter user and knows about No Name brand as to what he/she think of this brand, you’d probably hear, ‘Oh, I love their handle. Oh, they’re so funny. They’re so entertaining. I want to buy their merchandise.’ The way in which I got their tone of voice was through how they tweeted on our platform.”

❤ this Tweet to sign up to receive updates every Thursday when we drop episodes of #PowerUp – our new original series with Director X captured with the #GalaxyNote10 pic.twitter.com/YwhkxuQoqs

Samsung made the best use of creators and influencers by leveraging them for the purpose of spreading the word; thereby launching a campaign in an interesting and unique way.

“Samsung did a great job by partnering with Director X. He’s a really big creator in the space. And yes, the oldest thing is storytelling, but doing it on your mobile phone in short form with a brand I think is another big trend that we’ve seen come to fruition this year,” Michaels says.

We’re one week away from the biggest game of the 107th CFL Season. Celebrate by tweeting your Nissan x Grey Cup excitement with #NissanGreyCupContest + 🏈(don’t forget the football emoji!) for a chance to win swag! pic.twitter.com/bjq1mtxHQs

Nissan Canada picked up Twitter to connect audiences and football fans around the 107th Grey Cup. The contest winners were gifted prize packs from Canadian Football League (CFL) as well as Nissan in real-time, which were delivered directly to their homes in Nissan vehicles. The brand also surprised four lucky participants by gifting them Samsung 4k TVs!

“Nissan is a sponsor of the CFL and it promotes one of its trucks as part of that sponsorship. The Grey Cup takes place in Calgary, yet there are millions and millions of Canadians who won’t get to be there. So, what Nissan did I think is really clever as it connected the CFL and Nissan and Canadian fans,” Michaels says.

“Through this program, audiences or fans could reply to the brand’s tweet with a hashtag and an emoji, and it would actually deliver the gifts by car if they were in Calgary and mail it to them otherwise to get everyone connected to what was going on in the game. I think if you’re a car company, it’s really clever to promote bringing people together by actually using your cars. To me, it was the coolest thing to do through tweets.”

We’re calling on hockey fans to join us in supporting the @PWHPA so we can make sure women’s hockey has a future. Who’s with us? #ForTheGame

This year, Budweiser became an official sponsor of the Professional Women Hockey Players Association. The brand used Twitter to tweet stories of women hockey players affected by the lack of funding within the sport, thereby connecting to culture in an authentic manner. This resulted in a growth of positive conversation about the brand as users thanked Budweiser for building a future for women’s hockey in Canada.

“So, here, Budweiser really has a purpose and a voice. The backstory here is the Women’s Hockey League where there was a bunch of changes going on – one of the leagues had folded and Budweiser really stepped up. It basically sponsored the Professional Women’s Hockey Association and they used our platform to really start a movement and educate people on what was going on with women’s hockey and just how important it is.

“They did a great job of bringing in tons of influencers, including all professional women’s hockey players and Olympians, and even hockey commentators from Sportsnet and TSN. I think it was a great way to rally influencers and the rest of Canadians behind a cause that maybe not everyone knew about, but they drew a ton of intention to it. And as I said earlier, they drove a conversation around it through the #ForTheGame,” Michaels explains.

The biggest takeaway for Elections Canada from the 2015 federal election was that Canadians find voting confusing and difficult. For the 2019 Canadian election, it created a reminder program that not only reminded Canadians to go vote on Election Day but also directed them to the official Elections Canada website where they were able to learn more about how to register and how to vote.

“It’s always a challenge for people to remember the day and time of voting. So we used this tool where we promoted well in advance of the vote, prompting people to like the tweet and that Elections Canada would remind them of the day of voting. The ones who liked the tweet got a notification on Twitter from Elections Canada on the voting day telling them not to forget to vote and providing them with other voting-related details. And that’s great because everyone wakes up and looks at their phone. And for any keen-to-vote individual, it is great to wake up to a notification from Elections Canada that is personal to them,” Michaels explains.

“Providing this service is exactly what we call using Twitter-as-a-service or making best use of our products. I think it is really smart and a great role for the government to be playing. It added a personal touch and an urgency as Twitter is very real-time.”

Here’s how you can replicate that success 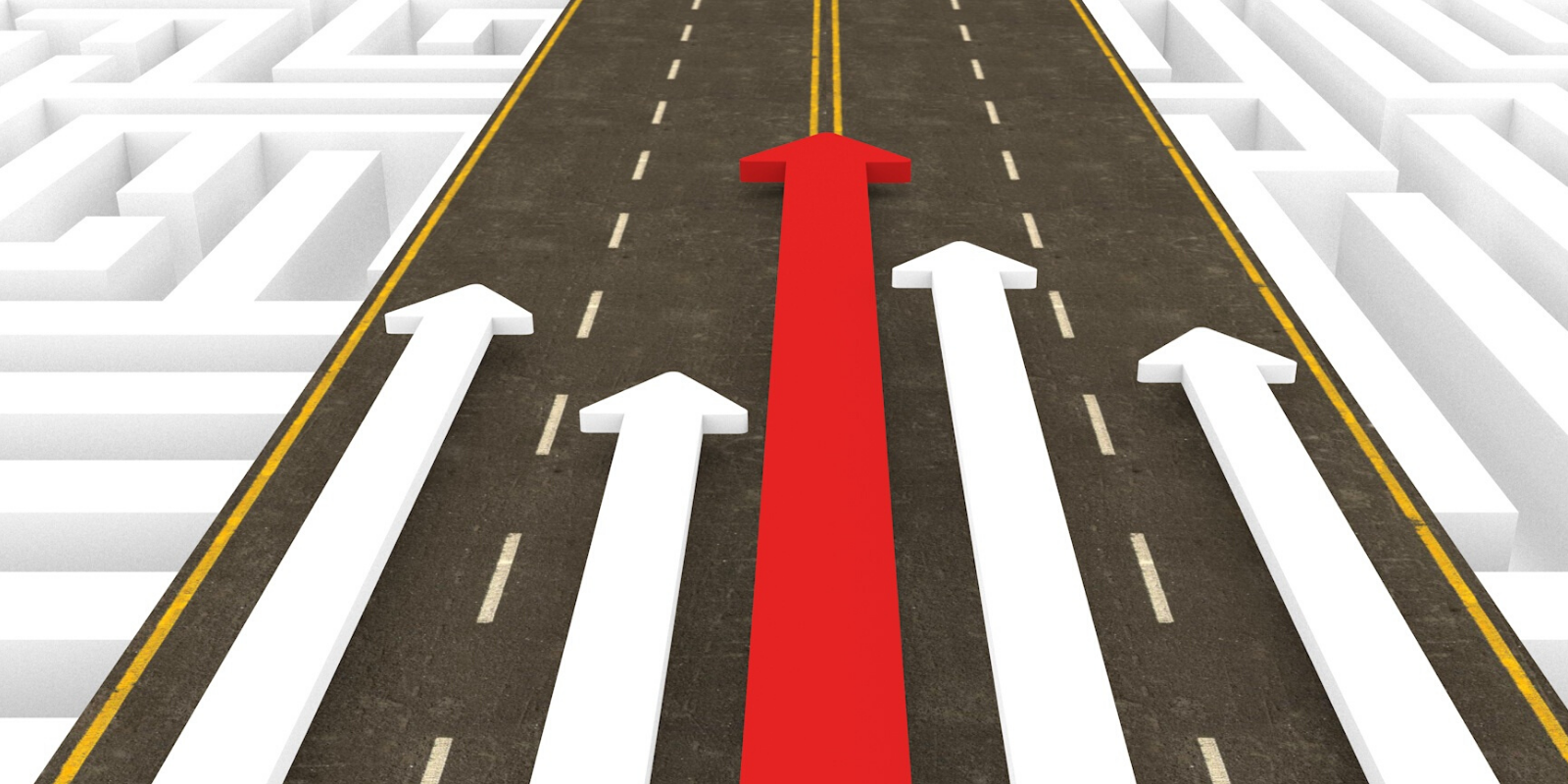