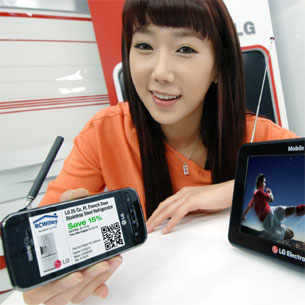 It’s raining tablets at CES
The annual Consumer Electronics Show in Las Vegas has become the place for tech companies to show off their latest gadgets and build up hype around new products. This year, it seems every hardware company wants to cash in on the success Apple has experienced with its iPad, and there’s a plethora of tablets on the show floor. From Cisco’s Cius to Motorola’s Xoom, here’s a collection of some of the more interesting devices.by ITBusiness.ca staff 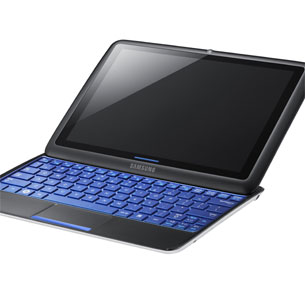 Sliding PC 7 Series
Samsung unveils Sliding PC 7 Series combining the best of a laptop and tablet PC at CES 2011.This Windows-based tablet has a screen that slides upwards to reveal a keyboard, becoming a netbook. Priced at $699, the device has a 10-inch screen with a 1366 by 768 resolution and the keyboard is 92 per cent the size of a standard keyboard. Samsung has added its own “Tablet Launcher” user interface to make Windows more touch-friendly, and it’s reminiscent of the iPad’s interface. 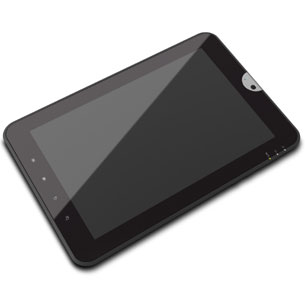 Toshiba’s Next-Gen Tablet Design
Toshiba previewed its first Android-powered tablet for the North American market. Featuring a 10.1-inch diagonal widescreen HD display with a 1280 by 800 resolution.Inside is the NVidia Tegra 2 processor; the amount of memory on-board has yet to be determined. It has 802.11n wireless, Bluetooth, GPS, stereo speakers, and an accelerometer. The front-facing camera is 2 megapixels, for video chat; the rear-facing camera 5-megapixels, for video and still capture.A major boon is the inclusion of a full-size SD card slot, along the bottom left side of the tablet. 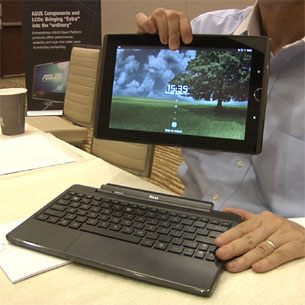 Asus Eee Pad Transformer
The Asus Eee Pad Transformer is a 10.1-inch touchscreen tablet that also has Google’s Android OS on board and Nvidia Tegra 2 dual-core processors inside. The device is named after its ability to transform into a laptop from a tablet. The screen comes off the full-sized keyboard. The screen part is thinner than an iPad, at 12.98 mm, and the device offers Flash video and full HD multimedia. It will launch in April for $399 to $699. 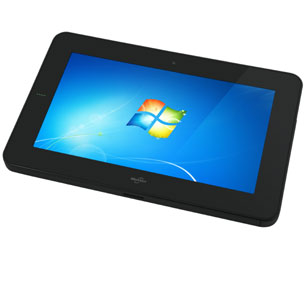 Motion CL900
The Motion CL900 tablet, from Motion Computing, includes a 10.1-inch screen and runs on a specialized Atom chip that Intel has designed for tablets. The chip runs at 1.5GHz, and has graphics accelerators that allow the Motion Computing tablet to play full 1080p high-definition video at 30 frames per second. Current Atom processors are able to support up to 720p video playback. 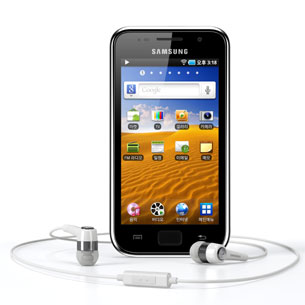 Samsung Galaxy Player
You could call it a mini-tablet, but it is mostly Samsung’s answer to the iPod touch. The Android-based media player has a 4-inch AMOLED touch screen, the same one found on Galaxy S smartphones, and gives access to the Samsung Media Hub where users can buy and download various content. 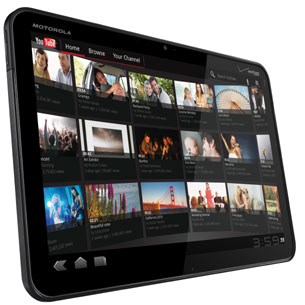 Motorola Xoom
The Xoom runs Nvidia’s Tegra 2 platform, with a dual-core 1GHz processor. It will have a 10.1-inch 1280 by 800 resolution, 1GB of RAM, and 32GB of on-board user memory (plus an SD card slot). And of course, it will have Honeycomb, now officially outed as Android 3.0. 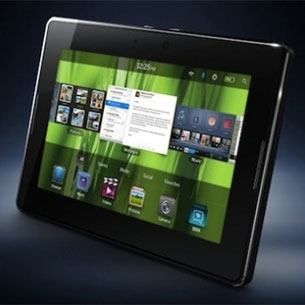 BlackBerry Playbook
The PlayBook, with a 7-inch screen, is smaller than Apple’s iPad. The device felt lighter in the hand than the iPad, which comes with a 9.7-inch screen. RIM bills it as a business tablet that consumers can use, too. Its software will be based on the QNX Neutrino real-time operating system that RIM acquired last year. 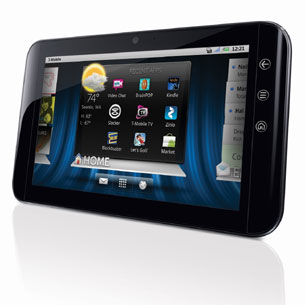 Dell Streak 7
The Streak 7 tablet runs on Google’s Android 2.2, and is powered by Nvidia’s Tegra 2 dual-core processor. The tablet will can be upgraded to Google’s Android 3.0 OS, code-named Honeycomb, soon after its launch. The tablet has a 1.3-megapixel front-facing camera and a 5-megapixel camera on the back. The display has a Gorilla Glass screen, which helps make it more sturdy. 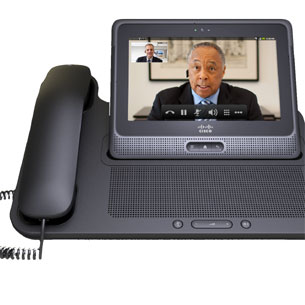 Cisco Cius
The Cius uses Google’s Android OS and is designed to run Cisco collaboration applications, including video and other forms of communication, as well as other Android applications. It has a 7-inch diagonal touchscreen and includes Wi-Fi as well as mobile broadband capability. The Integrated Services Router platform is designed as an all-in-one connectivity platform for small and medium-size businesses and remote offices, with slots for a variety of modules for different functions. It has already been offered with 3G interfaces for remote or failover Internet connectivity.
❮ ❯