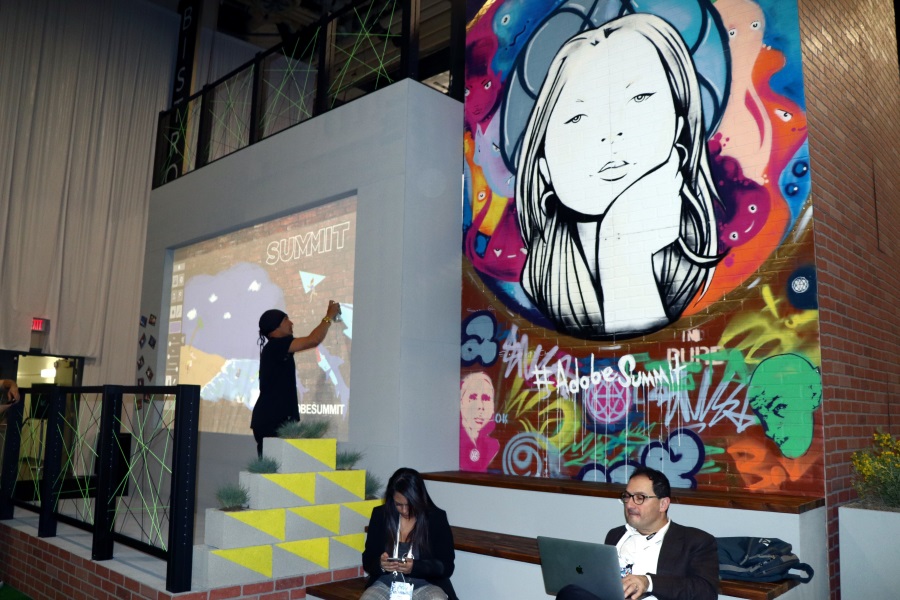 LAS VEGAS – Another Adobe Summit has passed, and as usual there were more eye-catching sights to photograph than we could fit into a single slideshow – but that isn’t stopping us from trying. Click on for highlights from the San Jose, Calif.-based software developer’s 2018 marketing conference, including but not limited to a digital graffiti wall (above), an appearance by one of its biggest Canadian guests, and Virgin Airlines founder Richard Branson. (All photos by the author unless otherwise specified.)

Naturally, the conference began with a presentation by Adobe president and CEO Shantanu Narayen, who reminded the crowd of 13,000 that most customers don’t purchase a product, they purchase an experience. He then offered three tips for building a memorable experience: Design for brilliance; wire for intelligence; and ensure you have the right enterprise architecture. You can read more here. (Photo by Jeff Bottari/Invision for Adobe/AP Images) 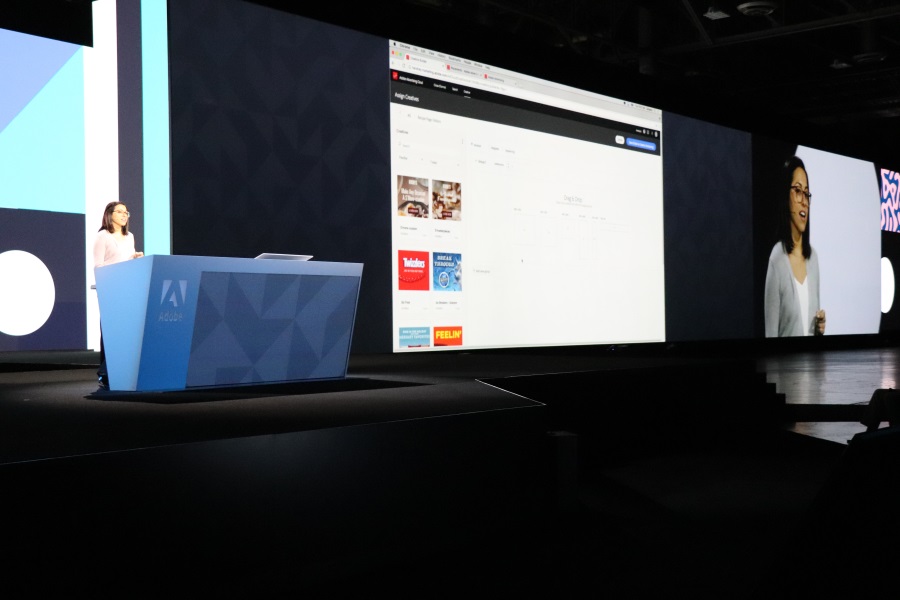 The conference’s March 27 keynote was dominated by a series of demonstrations illustrating how easily the various facets of Adobe’s cloud ecosystem now sync with each other, thanks to its Sensei artificial intelligence platform. Here, Adobe advertising services director Zarpana Kabir demonstrates how easily the company’s Advertising Cloud can tailor ads from one channel or even one market to another, with a Hershey’s ad that encourages users to “make every occasion a S’Morecasion”… unless they’re in New York, where it says “NYC – get out S’More!” 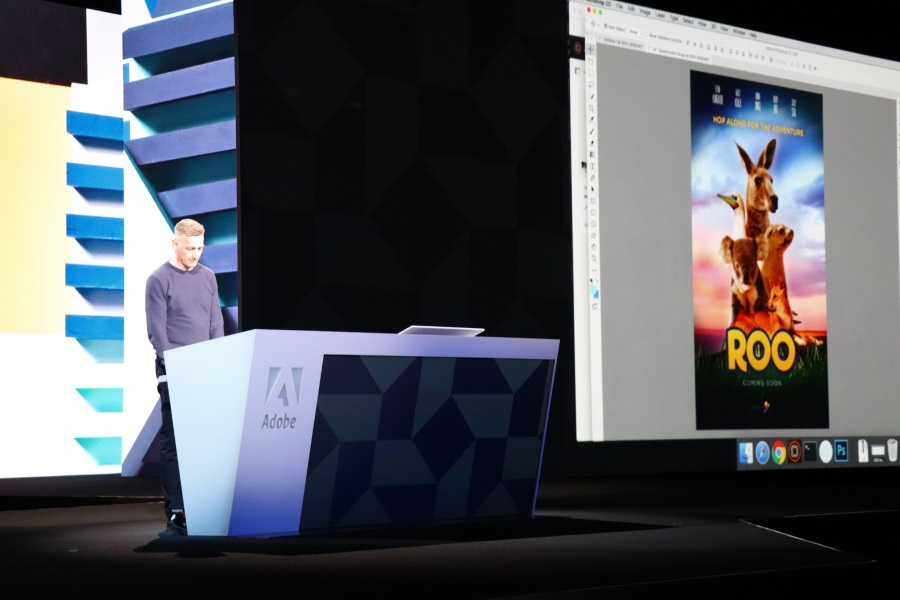 Here, Adobe vice-president of engineering Scott Prevost uses Sensei to design a fake ad for Adobe partner Tourism Australia based on an objectively terrible sketch that sort of looked like it was supposed to be a collage of five animals. Somehow Sensei was able to identify the “animals” “depicted” in the sketch, including a kangaroo, koala, and dingo, and provided Prevost with a series of stock photos to choose from. Once he did so, telling Sensei to align the animals to the sketch instantly produced the ready-to-edit PSD seen on the right here. 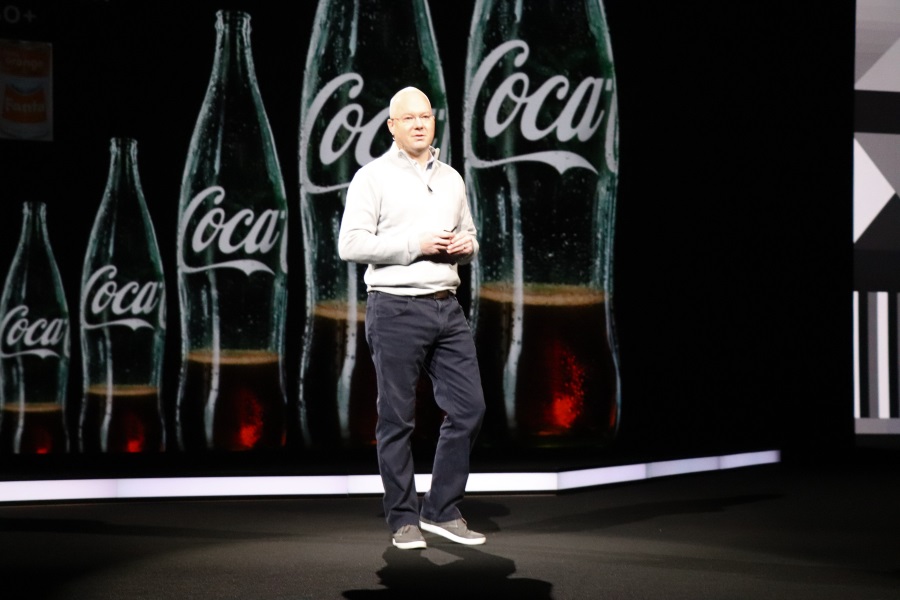 Among the companies that showed off how they were benefitting from Adobe software was 130-year-old Coca-Cola, whose CDO Dabid Godsman walked the audience through the soft drink icon’s 12-month-old digital transformation. Among the initiatives resulting from its efforts: User-generated content such as the “Can Man.” “We see a future as a company that runs a co-creation environment with our consumers,” Godsman said. “We don’t see a world where we will continue as a traditional advertiser.” 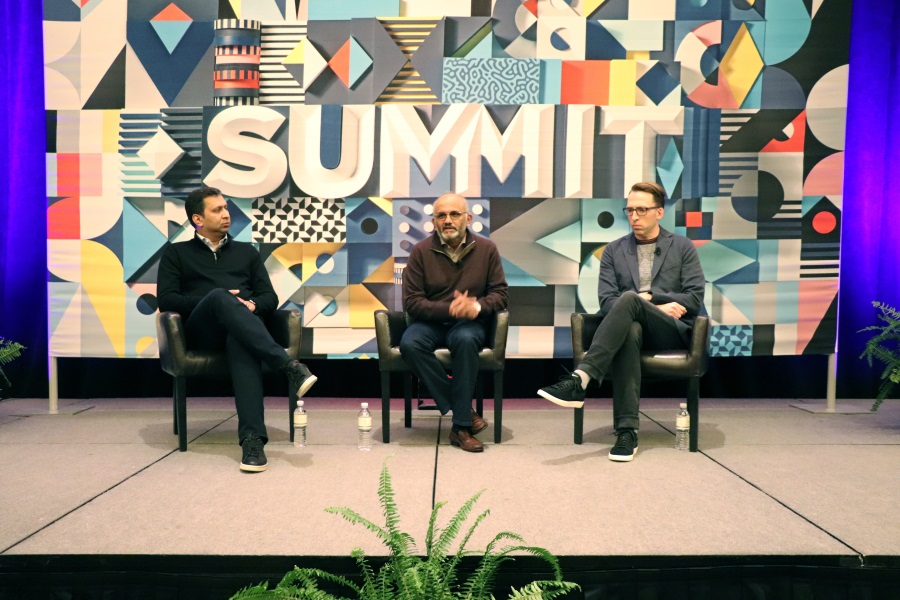 A March 27 question-and-answer session with Adobe CEO Shantanu Narayen, CTO Abhay Parasnis, and executive vice president Brad Rencher was dominated by the topic of data privacy, no doubt spurred by Facebook’s recent Cambridge Analytica scandal. More than one attendee – including this author – asked the executives about their company’s responsibility in securing the reams of user data it helps customers gather. Their answer was that Adobe embraces privacy by design, and encourages partners to give users control over which data they share. 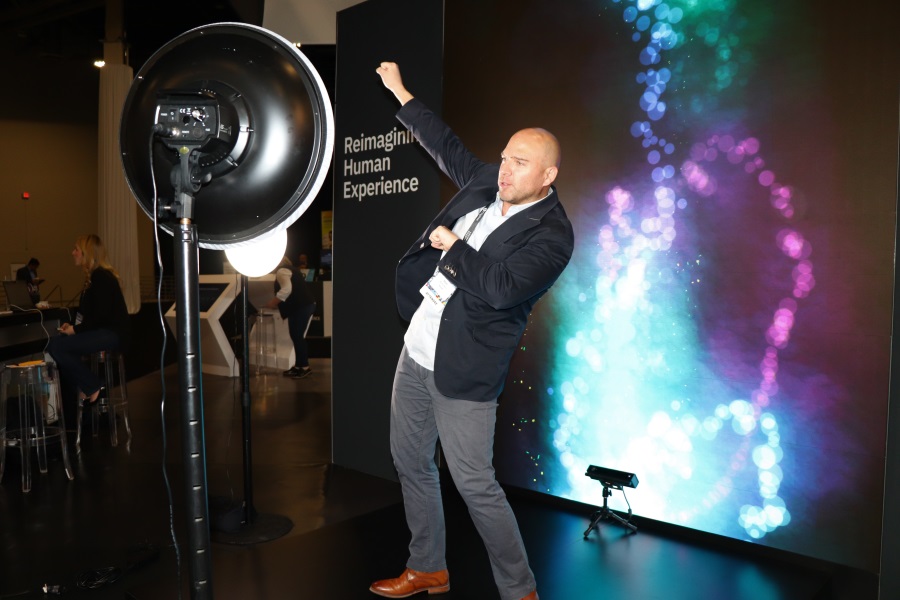 Time for some highlights from the show floor. The IBM iX at Work booth, gratefully modeled for us by Braze Inc. global business development executive Matt McRoberts, invites visitors to first design their own colourful light-based background, then show off some moves, which are recorded and sent to the aspiring dancer as a video file. 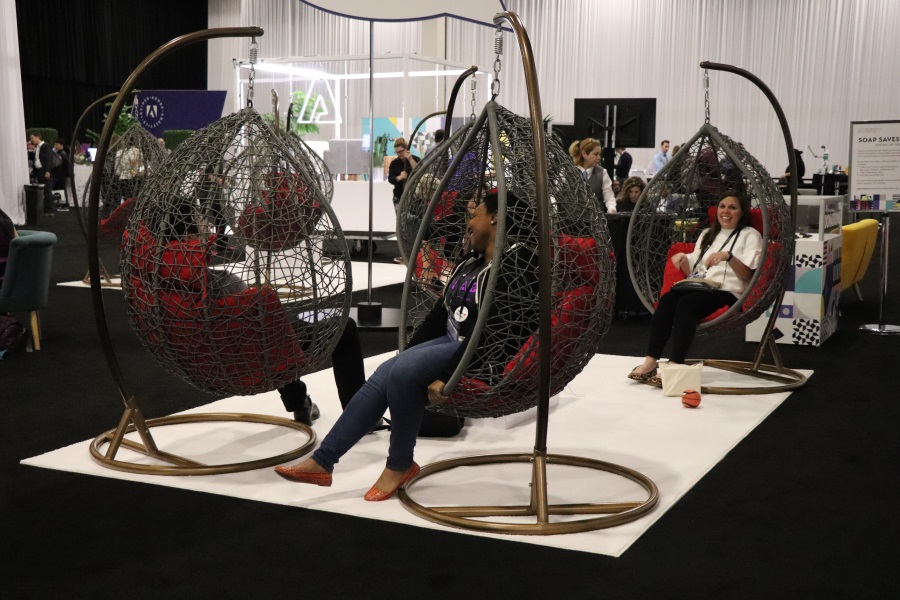 Adobe can always be counted on to provide attendees with memorable rest areas, and Summit 2018 was no different. These distinctive chairs stood next to a prominent “DO NOT SWING” sign, which most of the visitors this writer observed (but not the ones photographed!) cheerfully ignored. 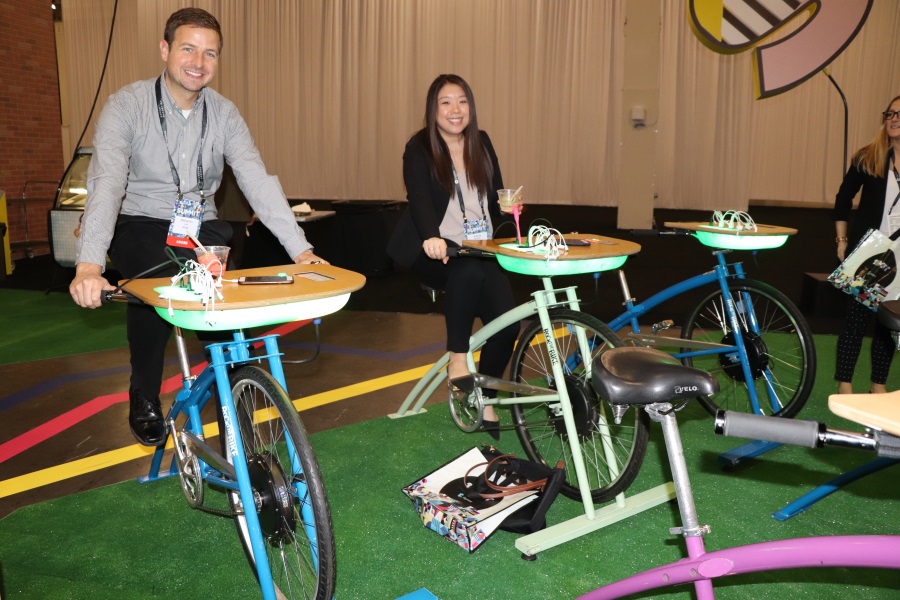 Sure, Adobe could have provided visitors with a conventional device charging station, but why do that – especially considering the amount of free ice cream, popcorn, gelato, potato chips, and soft drinks available gave visitors an unparalled reason to get in some exercise? 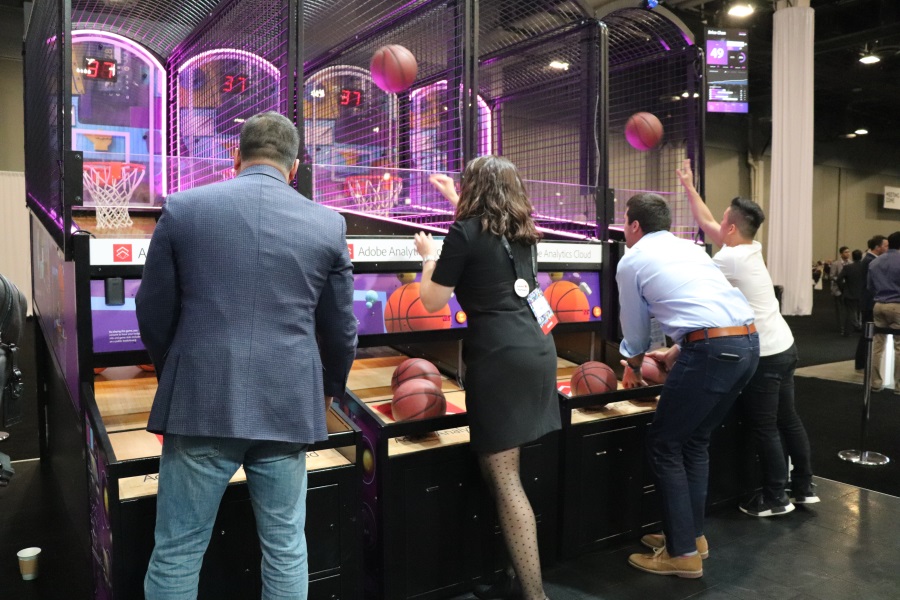 What’s cooler than a backetball arcade? How about a basketball arcade tournament, where attendees were invited to register, see how many points they could score in one minute, and then see how they ranked against their peers? (We don’t know if the winner received anything, unfortunately.) 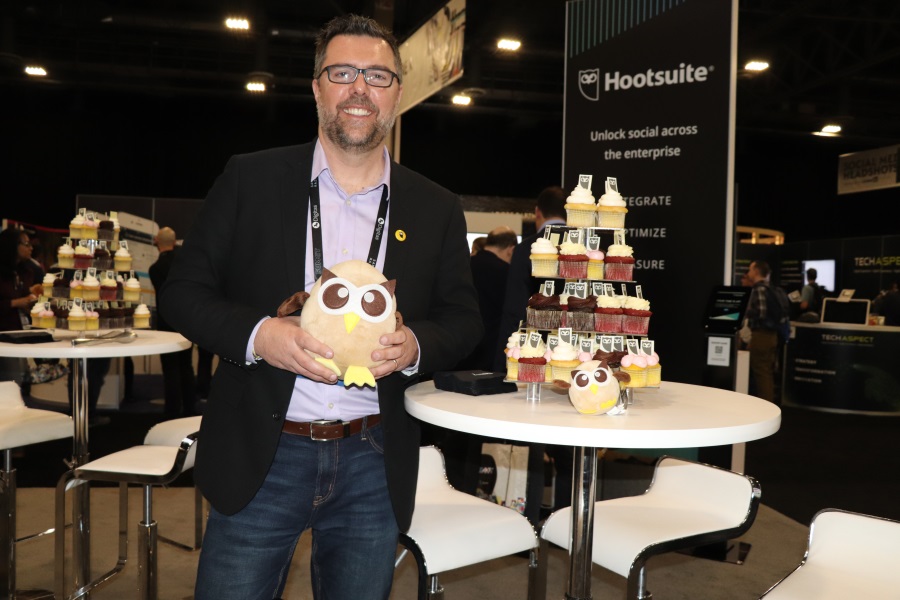 At nearly every conference we’ve attended we’ve made a habit of visiting every partner booth and asking if the company is Canadian, and with one exception the number of affirmative answers usually hovers around zero. Not at Adobe Summit 2018, where Vancouver’s own Hootsuite was honoured with Adobe’s Exchange Partner of the Year award for augmenting the Experience Cloud platform with potent social media marketing capabilities. You can read Hootsuite vice president of product marketing Jeremy Wood’s thoughts on the companies’ partnership here. 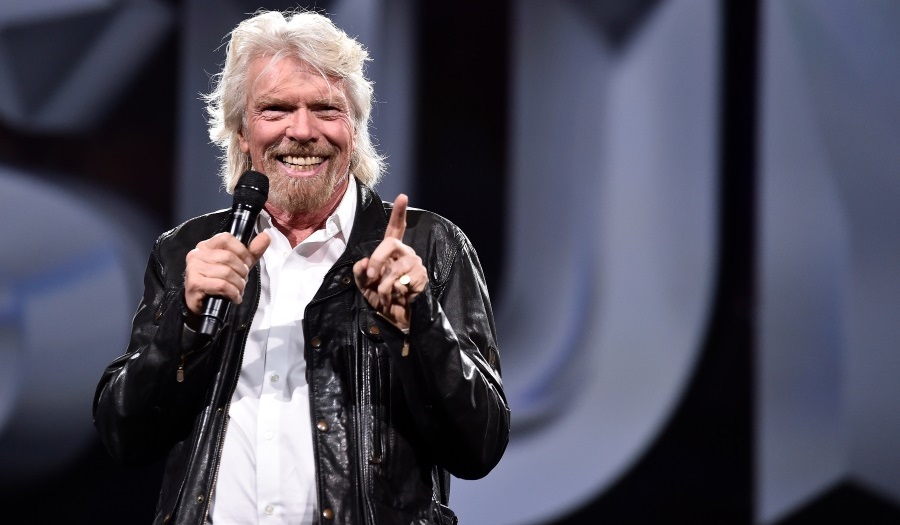 One highlight of any Adobe conference is its day-two celebrity guest, and Virgin Airlines founder and U.K. business icon Richard Branson didn’t disappoint. Building on the conference’s theme, Branson said that whenever his company starts building a new experience, it pays attention to the little details: “To this day, I keep a notebook in my pocket whenever I board a flight,” he said. “I get out and I listen to passengers, I listen to cabin staff, and I write these thoughts and experiences down, and then action them the next day. Because those thoughts and experiences are valuable, and they help us keep air travel fun, friendly, and entertaining.” (Photo courtesy Adobe.) 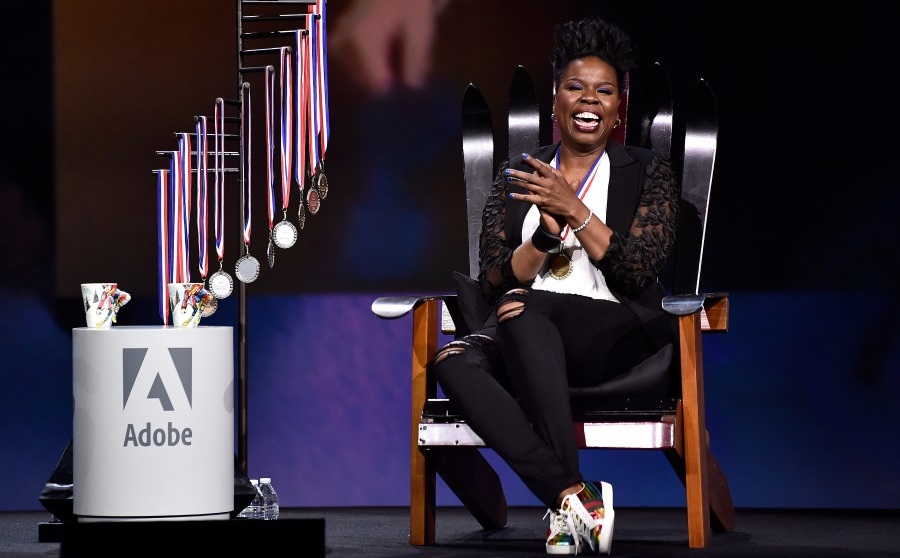 Another perennial highlight of Adobe conferences is Sneaks, the company’s twice-annual showcase of experimental Experience Cloud features co-hosted by a well-known comedian. Admitting that she had assumed Adobe’s only product was the Acrobat Reader, Saturday Night Live’s Leslie Jones kept the audience in stitches while Adobe researchers showed off such groundbreaking developments as a feature which could help marketers identify the most effective customer journey for a given prospect, and another which could calculate a video ad’s likely effectiveness. (Photo courtesy Adobe) 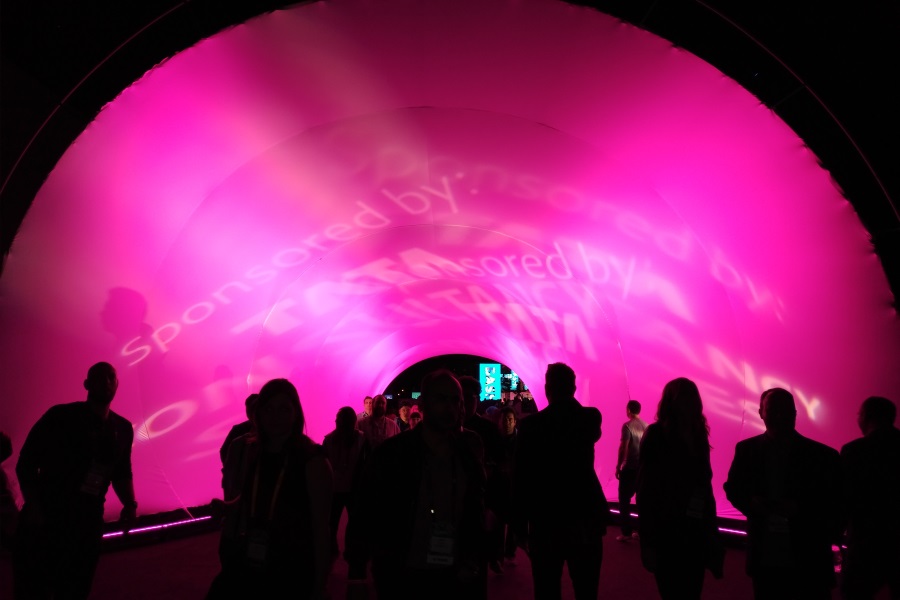 And of course it wouldn’t be an Adobe conference without a Bash, with the company renting a sizeable parking lot and treating attendees to a night of art, food truck cuisine, and this year, a concert from 90s alternative icon Beck.