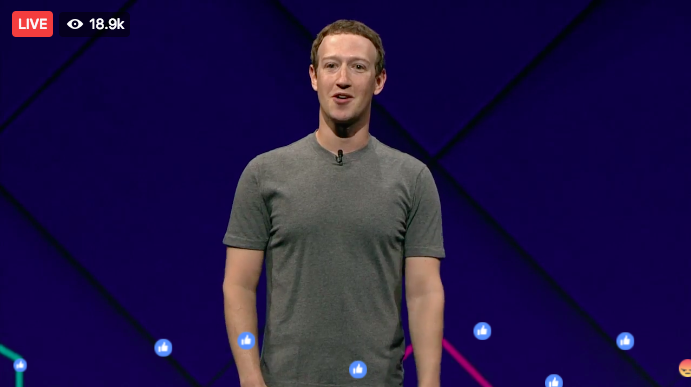 Augmented reality (AR), virtual reality (VR), and artificial intelligence (AI) were the leading topics during Facebook Inc. CEO Mark Zuckerberg’s keynote at the social media giant’s annual F8 conference – along with the company’s increased focus on turning its Messenger app into the “yellow pages” of instant messaging, and a few jokes about the “other” F8. (Our favourite: “While the Fast & Furious motto is ‘Don’t give up on your family,’ ours is, ‘Don’t give up on your family of apps.’”) Read on to learn more. 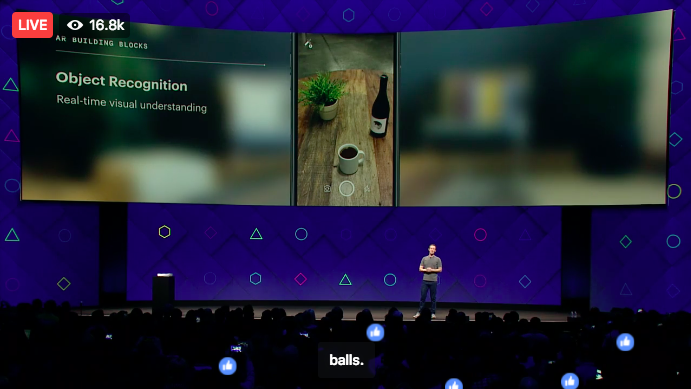 During his speech, which was followed by other executives expanding on the features he’d announced in more depth, it was clear that none of Facebook’s newest projects excited Zuckerberg more than the company’s new AR capabilities. He walked the audience through three technological hurdles the company’s developers had to overcome while designing the new platform, starting with object recognition. 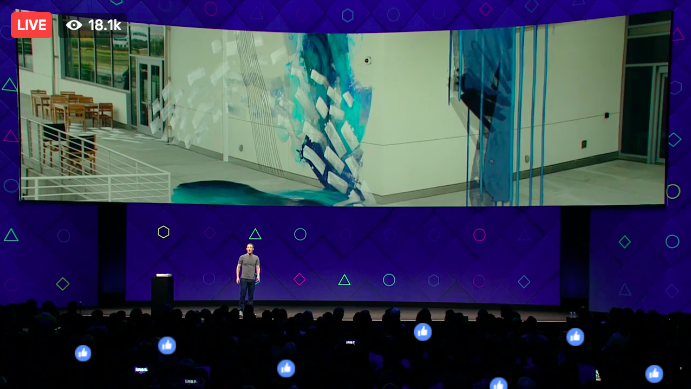 Another component was precise locating, which Zuckerberg and his team illustrated with several eye-catching examples, including virtual “notes” left on the fridge, virtual “signs” left for friends at coffee shops, and – our personal favourite, and one that apparently already exists at Facebook headquarters – virtual street art. 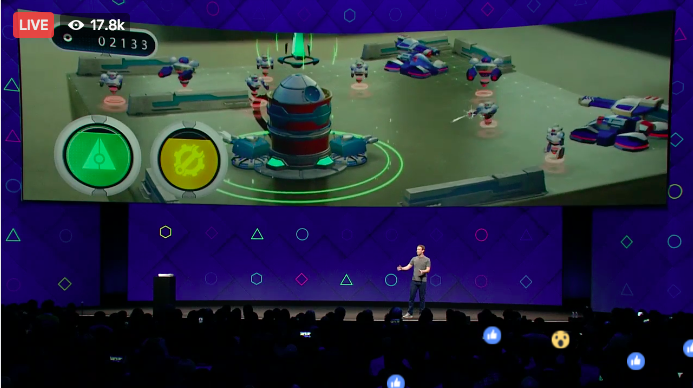 The third component of AR that Zuckerberg discussed was 3D effects, aptly illustrated with footage of a father playing a tower defense game with his children in a doctor’s waiting room. 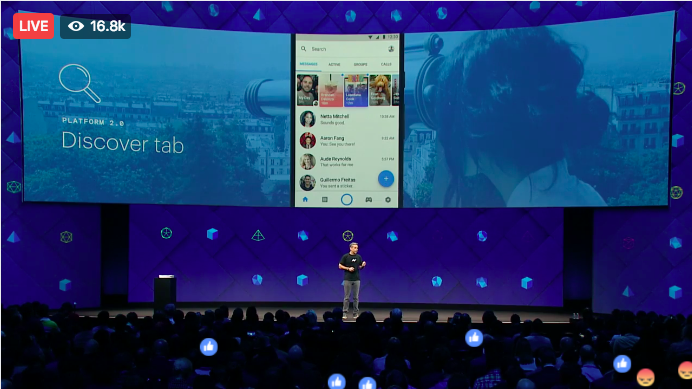 Much as Zuckerberg loved discussing AR, he did not lose sight of one of F8’s core constituents – the many small businesses and freelance designers who rely on Facebook to market their services. To help them along, Zuckerberg was proud to announce Messenger Platform 2.0, which includes a “Discover” tab to help users find local businesses. 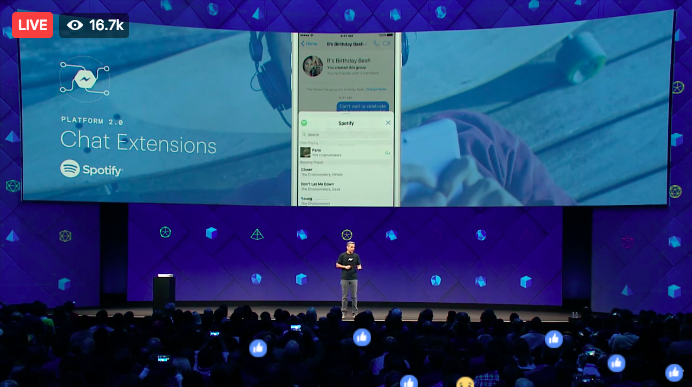 Also, have you ever wanted to answer a friend’s question with a song? With Messenger chat extensions (specifically, the Spotify extension – other extensions are available from such online service and information specialists as Uber, StubHub, and TheScore), you can. 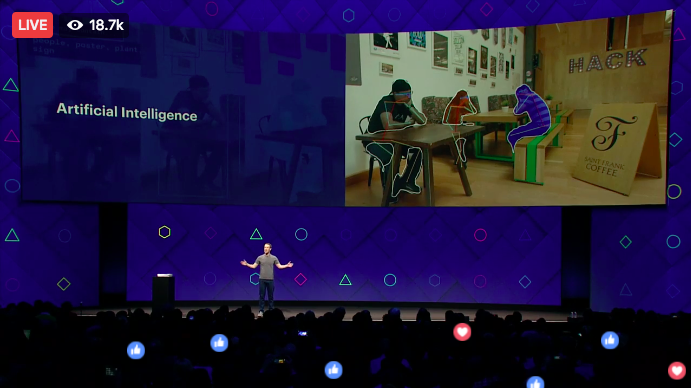 Next, Facebook CTO Mike Schroepfer showed off the company’s new AI, MASK R-CNN, which can map out the elements of an image… 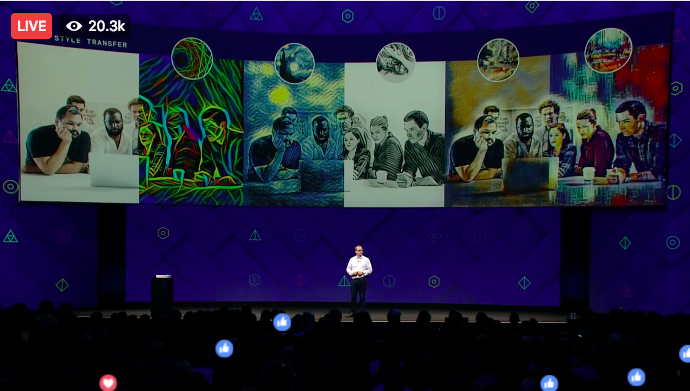 …And convert their style in real time. (Which means – although we didn’t manage to capture it – that the platform is as capable of making video that looks like it was animated as turning a photograph into a painting.) 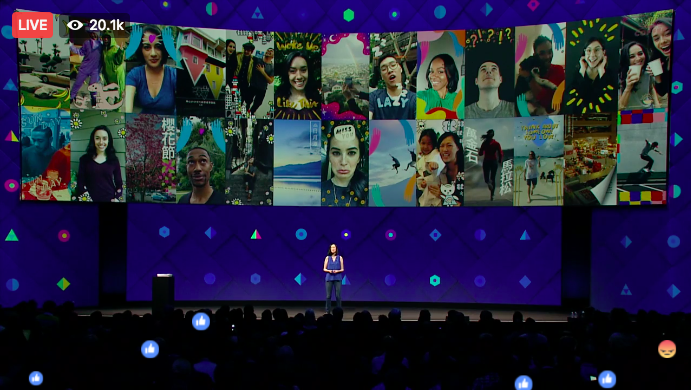 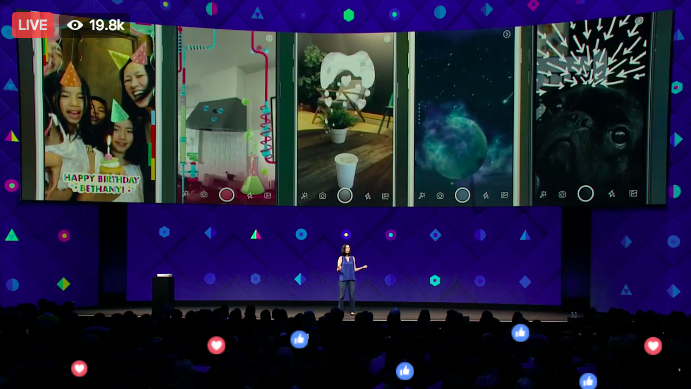 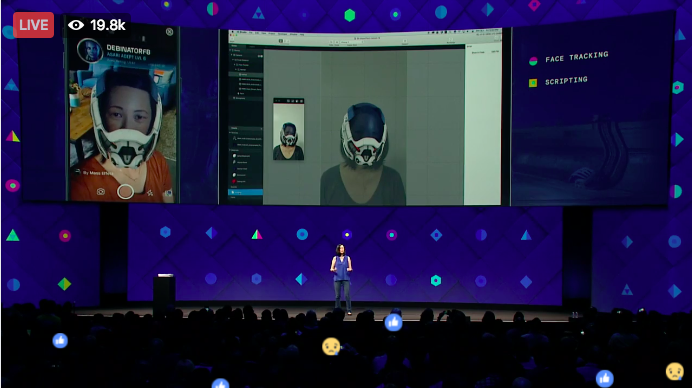 …to interactive effects and masks, such as Liu’s virtual helmet for her Mass Effect: Andromeda avatar, using its AR Studio. 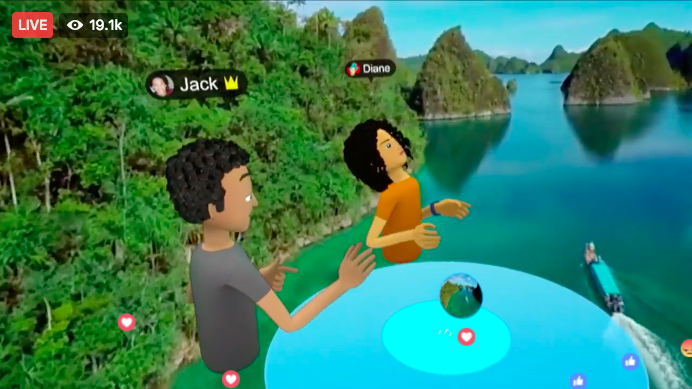 Perhaps the most eye-catching component of the F8 keynote was social VR head Rachel Franklin’s reveal of Facebook Spaces, a new VR platform that will invite Facebook users to create avatars of themselves and “meet” with up to three of their friends in virtual spaces drawn from the company’s collection of 360-degree video and photographs. 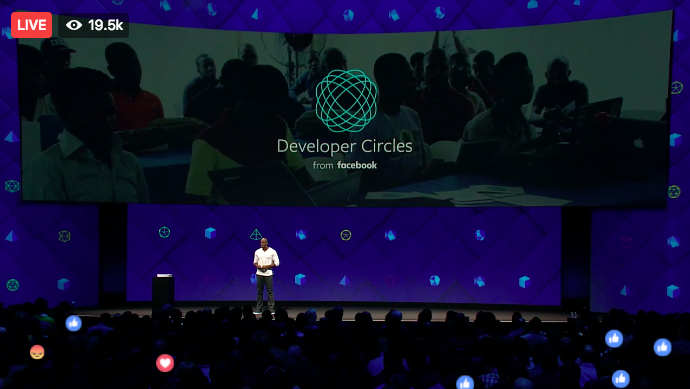 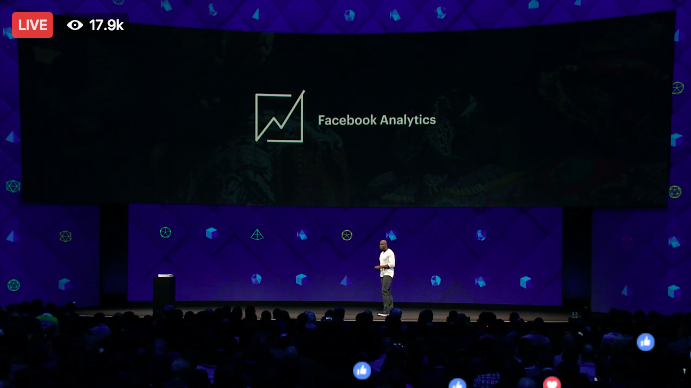 …and Facebook Analytics, a new-ish product that combines existing features with new ones, including automated machine learning-driven insights.