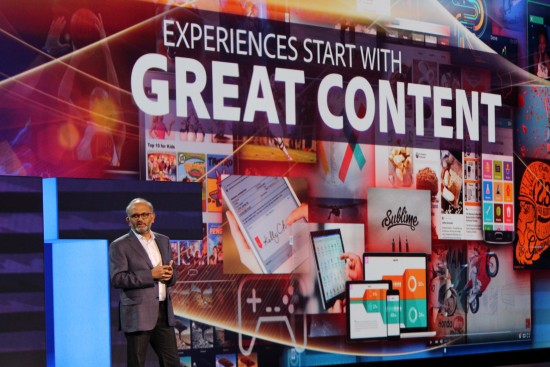 More than 10,000 people attended Adobe Summit, the software-maker’s annual marketing conference, in Las Vegas this week. Alongside updates and announcements regarding its Marketing Cloud platform, Adobe introduced a new device co-op, new solutions for broadcasters, and also rolled out the red carpet for some celebrity guests. The overarching theme of the event was creating a great customer experience. Here’s a recap of the event’s highlights in photos. 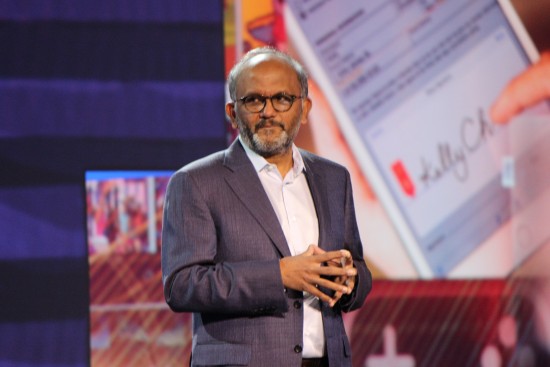 Adobe CEO Shantanu Narayen opened Summit by talking about the importance of digital experiences. “I think companies everywhere are doing great digital marketing campaigns, but if that’s all we talked about, we’d be missing the point,” he said. Narayan shared a story of buying tickets online for his family to see Kobe Bryant’s last game at the Staples Centre in Los Angeles. It was so easy, he was able to book it while watching House of Cards on Netflix. “Some experiences are designed to blow our minds and some are meant to go unnoticed and blend into our daily experiences,” he said. 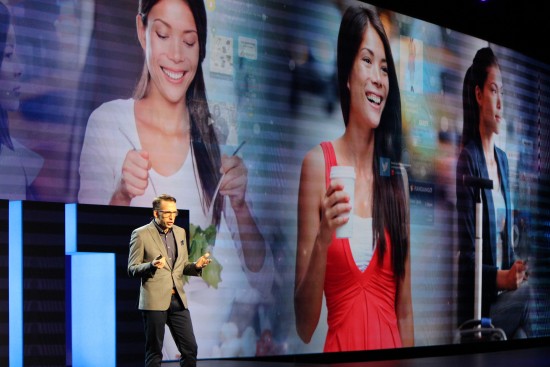 CRM is no longer a competitive advantage, it’s just today’s table stakes, said Brad Rencher, executive vice-president and general manager of digital marketing at Adobe. “It’s about the experience we provide our consumers. It’s about goosebumps, it’s about smiles,” he said. “The medium is not the message, your experience is.” Companies have to speak with one voice to customers, who expect them to deliver an experience that’s both consistent and compelling. 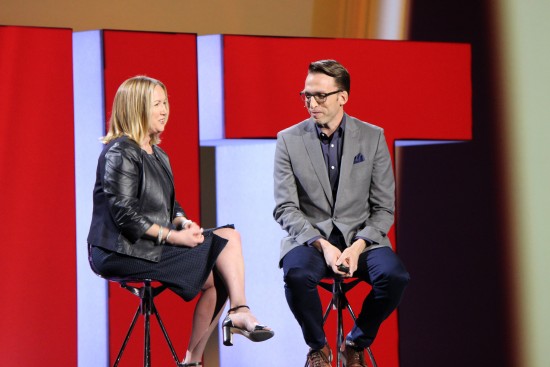 Deborah Wahl, the CMO of McDonald’s, came onstage and joked about having a drone drop french fries on the audience. Then she described transforming McDonald’s from a company without an app 18 months ago to one with 10 million downloads. The restaurant chain sees 18 million people connect to its free WiFi networks every day, and it can share messages with them using Adobe Experience Manager. “Now we’re just following what the customers are saying,” Wahl said. 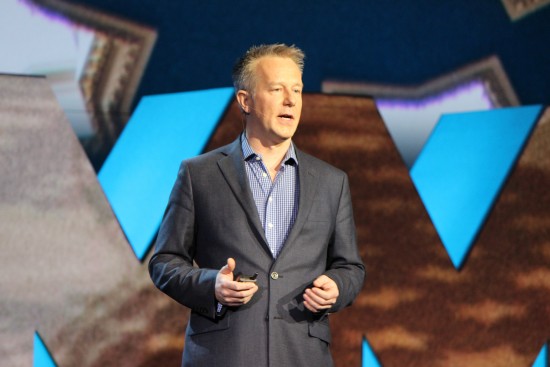 Giles Richardson, the head of analytics at the Royal Bank of Scotland (RBS), shared how his Superstar DJs program helped “change our business into a customer-focused, data-driven slice of awesomeness.” Using Adobe Experience Manager as their CMS, RBS also made using the software fun for their staff by making a DJ-themed competition out of it. One staffer became so engaged he’d log in to the software every morning at 7 AM ET to see how his A/B test results went. 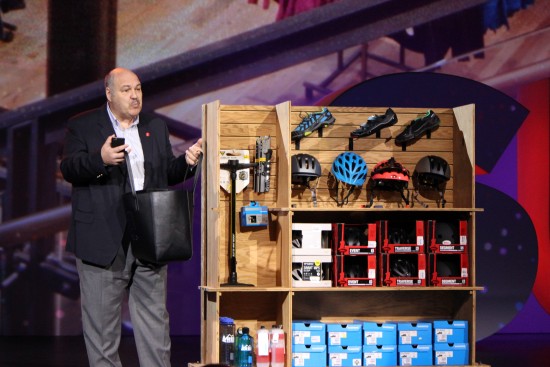 Adobe’s Marc Eamon demonstrated what a mobile-assisted shopping experience could look like. In the mock-up, Eamon started with a Google search for a bicycle helmet, then was prompted to download an app for REI. The app directed him to the nearest store, where he picked up a Bluetooth-enabled bag and paired it with his phone. Dropping the helmet into the bag also added it to his mobile shopping cart, and walking out of the store completed the transaction. 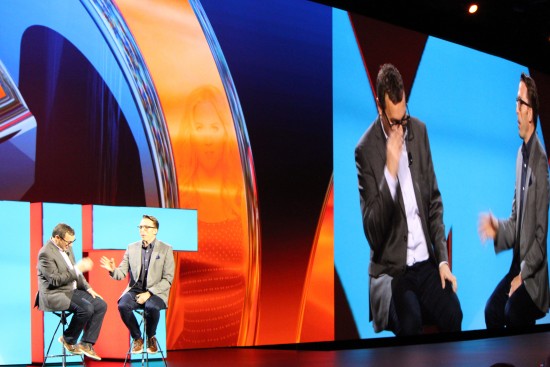 “I want to start by doing what Canadians do best, which is apologize,” said Walter Levitt, CMO of Comedy Central as he took the stage. Levitt shared some insights from an online campaign that introduced Trevor Noah as the new host of The Daily Show. Comedy Central made videos that could only be found by searching specific keywords related to Noah (eg. “Trevor Noah girlfriend”). It resulted in a tonne of earned media, from a Reddit thread to media coverage to social media sharing. 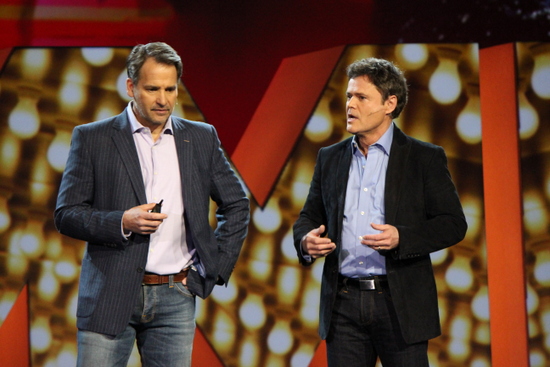 Donny Osmond helped Adobe’s John Mellor open the inspirational day two keynote with a singing lesson. First Osmond informed the crowd that he had provided the singing voice for one of the main characters in Disney’s animated Mulan, then helped Mellor belt out a few lines karaoke style, before recruiting willing audience members to join in. The crowd responded to Mellor’s efforts with a standing ovation. 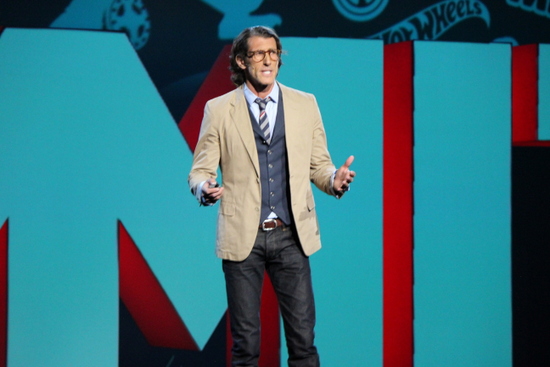 Richard Dickson, president of Mattel, discussed how the 70-year-old company is working to transform its famous toy lines as it finds itself competing against both technology and the media for mind share. “We needed to question everything we were doing,” he said. “We needed to put results before the process.” These efforts led to several new spins on Barbie that include different body types, skin colours, and the interactive Hello Barbie. 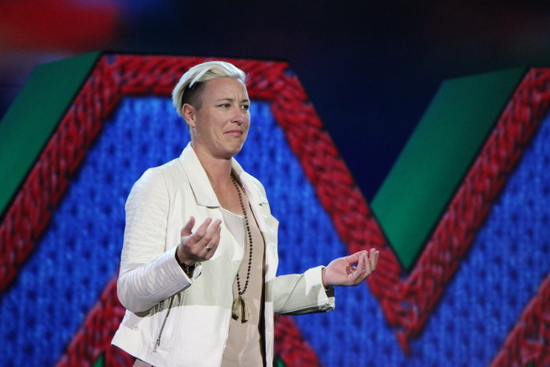 American women’s soccer player Abby Wambach took the stage to discuss the need for women to receive equal pay and opportunities. Now retired from her soccer career, Wambach is travelling the world as a sort of ambassador for equality. “Do I believe my next role in life will be bigger than my first? Hell yeah,” she said. 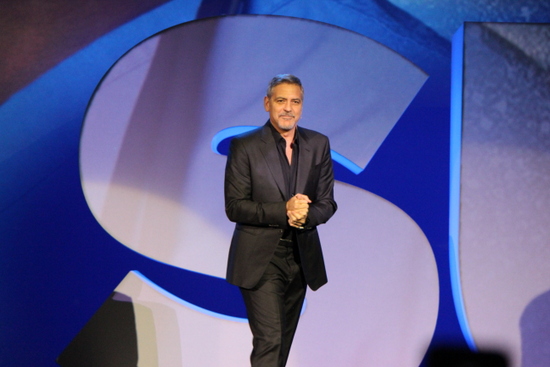 George Clooney capped the second day’s keynote with a candid interview with Adobe CMO Ann Lewnes. When asked how he chooses his films, Clooney said, “If you’re lucky enough to get the choices, then you can do stuff that interests you. At the beginning of your career you take what you can get.” He reminded the audience of his role as Batman, in a film that was critically panned and involved him wearing a suit with rubber nipples. “It’s a bad film and I’m very bad in it,” he said.

Secrets to a strong Twitter ad campaign – 9 examples of success