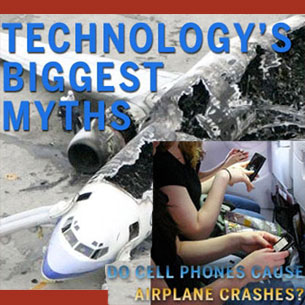 Technology’s biggest mythsAs it turns out, Windows Vista really wasn’t all that slow; and no, your PC probably won’t fry if you open it up without wearing a wrist strap. Thanks in large part to the Internet, the tech world is teeming with lies, half-truths, and misinformation. We’ve dug up some of the Web’s most notorious nuggets of conventional wisdom to see which hold up to scrutiny and which are merely urban legends.

Republished with permission from PC World. 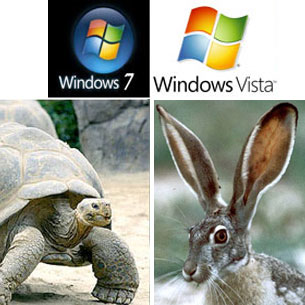 Vista Is Slower Than Windows 7

When Windows Vista came out, it soon acquired a reputation for being slow and a resource hog. Once Windows 7 arrived, people were quick to tout it as the speedy, slim operating system that Vista should have been.

We conducted performance tests on a handful of laptops and desktops using both 32-bit and 64-bit versions of Vista and Windows 7, shortly after the latter OS was released.

As it turns out, the “snappy” feeling Windows 7 engenders has to do with Registry tweaks and minor changes to the window manager that make the OS feel more responsive, even though it isn’t that different.

The verdict: Windows 7 is faster, but not by as much as you may think. 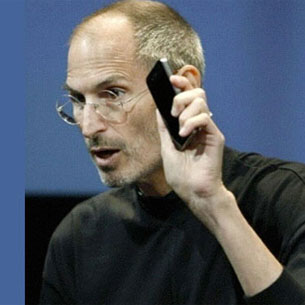 All Smartphones Suffer Signal Loss From a ‘Grip of Death’

When early iPhone 4 adopters discovered that touching a certain spot on the exposed antenna could cause the phone to lose signal strength, reduce data speeds, and even drop calls, Apple in­­sisted that all smartphones suffered from a similar defect.

We tested that claim with five different smartphones. We looked at RF signal strength, data speed rates, and call quality in areas with weak and strong signals.

While every phone we tested was affected by a “grip of death,” none went so far as to drop calls, as the iPhone 4 did. Bottom line: If you don’t have an iPhone 4, you don’t need to worry too much about this antenna issue. 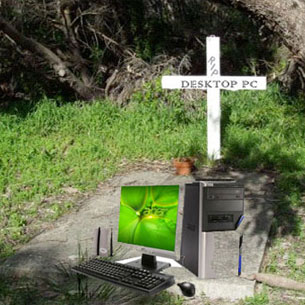 The Desktop PC Is Dying

Laptops are cheaper and more powerful than ever. But saying that the desktop is on its deathbed is like saying that, since all most people need is a Geo Metro, the pickup truck is obsolete. Power users who need desktop-caliber performance in a laptop must pay a significant premium, and if they want a Blu-ray drive, a better GPU, or a 3D display, they must buy a new model. Also, people who like to tinker with their PCs have fewer options with laptops than they do with desktops.

Meanwhile, the desktop PC market is evolving to meet users’ demands. People who want a larger display but don’t like the looks of a tower can buy an all-in-one system. Others want a computer that fits nicely next to their 50-inch HDTV–a home theater PC. And students, who typically benefit most from a laptop, can buy both a solid all-in-one PC for gaming and movies and a cheap, lightweight netbook for taking notes in class for the same price as a single moderately powerful laptop. 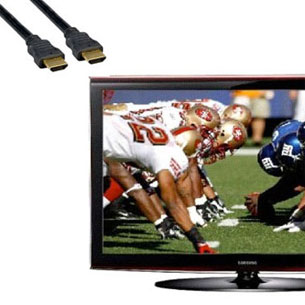 High-quality cables have been a staple of the audio/video business for decades now: As an analog audio or video signal travels from one device to another, it’s susceptible to interference and disruption.

After testing different kinds of high-def video clips, we ended up with all four cables in a dead heat: Blue Jeans Cable, Monoprice, and Monster all saw an average rating of 3.5 out of 5, with AudioQuest trailing ever so slightly at 3.4–close enough to practically be a rounding error. So save your money and stick to the cheaper cables unless you need the cables to cover a long distance. 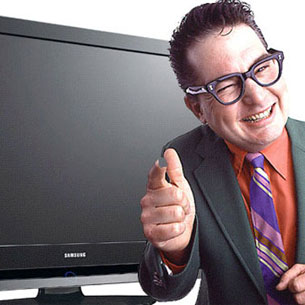 LCDs Are Better Than Plasma Screens for HDTV Sets

Don’t believe the hype: Your local HDTV salespeople may be trying to upsell you on a spiffy new LCD, but there are plenty of reasons to pick a plasma instead. Plasmas still handle darker scenes better, have a wider range of viewing angles, and are generally cheaper than LCDs.

LCDs are catching up in a few respects, however. LCD sets with LED backlighting and higher refresh rates can compensate for some of the traditional problems, and they suck up significantly less power than plasma.

Despite the remaining advantages of plasma, it’s worth noting that some manufacturers are dropping out of the plasma display market, and California plans to ban power-hungry TVs–so the writing is undeniably on the wall: Plasma isn’t dead yet, but it may be finished in a few years. 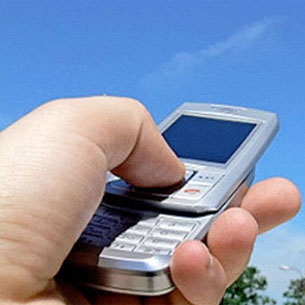 The signal bars on your cell phone display indicate the strength of your cellular signal to the nearest tower. But if you’re connected to a tower that lots of other people are connected to, you could have a strong signal and still have poor service, since everyone’s calls are competing for scarce network resources.

When we tested 3G service in 2009, we found that signal bars were poor indicators of service quality in 12 of the 13 cities in which we tested. Additionally, if you use an iPhone, you might just be seeing inaccurate readings. Apple recently announced (in connection with the iPhone 4 antenna issue) that the formula it had been using in all iPhones to display signal strength was “totally wrong” and often reported the signal as two bars higher than it should have. Oops. 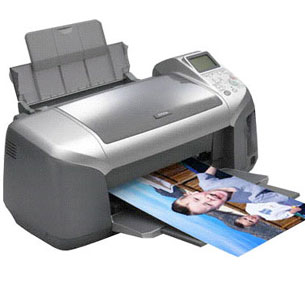 Over Time, Inkjet Printers Are Much More Expensive Than Laser Printers

To figure out how much a printer’s consumables will cost you over time, you take the price of the ink or toner cartridge and divide by the estimated page yield per cartridge, for your cost per page. Traditionally, laser printers have had a higher initial purchase price, which was balanced by their lower cost per page versus inkjet printers.However, as inkjet printer manufacturers began to release more efficient models, the cost-per-page gap has closed dramatically.

Keep in mind that the inkjet printers with big mail-in rebates or included with laptop purchases generally can’t compete with a laser printer in speed and costs. You’ll end up paying more in the long run via expensive, low-yield ink cartridges–to the point where it can even be cheaper to buy a new printer than to refill the ink in your old one. 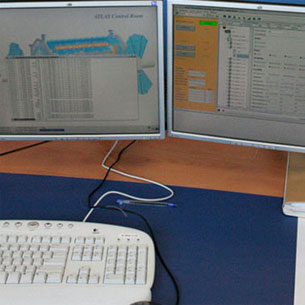 Begging your boss for an extra display at work? You might argue that you’d be 30 to 50 percent more productive than you are on your single 18-inch display. At least, that’s what a 2008 study from the University of Utah (commissioned by NEC) found for text and spreadsheet tasks.

NEC, naturally, was quick to trumpet the results as a way to move more of its widescreen displays. However, the study also found a point of diminishing returns. Productivity gains fall in a bell-curve distribution once you hit a certain amount of screen space. For a single-monitor setup, over 26 inches is too much, while dual-display gains top out at 22 inches.

If you’re planning on using that second display for e-mail, Twitter, or other Internet-related distractions, however, you’re probably going to end up being less productive overall. 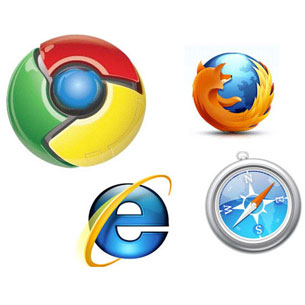 Internet Explorer Is Less Secure Than Other Browsers

Such counts alone aren’t the best way to measure a browser’s security. A browser with 100 security flaws patched a day after being discovered is safer than a browser with only one exploit not patched for months. 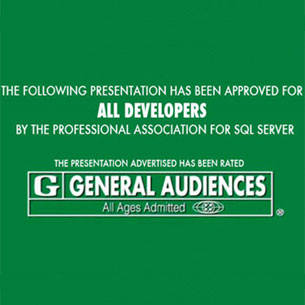 You’re Safe If You Visit Only G-Rated Sites

If your PC has ever had a virus, you probably know about the raised-eyebrow, mock-judgmental looks you get when you tell that to other people. After all, if you had been a good little PC user and stayed in the G-rated Web, you would have been safe, right?

Not so, says Avast Software, makers of Avast, a popular antivirus suite. “For every infected adult domain we identify, there are 99 others with perfectly legitimate content that are also infected,” its chief technology officer, Ondrej Vlcek, reports. 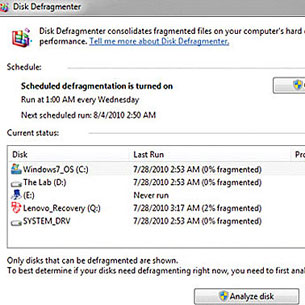 You Should Regularly Defragment Your Hard Drive

Windows 7’s Disk Defragmenter. Your hard drive has to decide where to write your files on the drive platter, and as you fill up the drive, your files will be scattered more and more widely across the platter. This means that the drive’s read/ write heads take longer to find the whole file, since they take more time skipping around the platter to find the different parts of the fragmented file. However, for a variety of reasons, this state of affairs isn’t an issue these days. 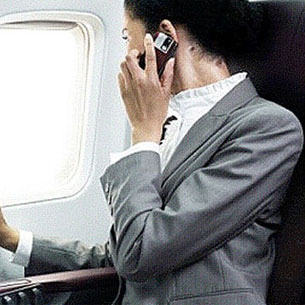 Your Cell Phones Will Cause an Airplane to Crash

Though the Federal Aviation Administration still has a ban on using cell phones during flight to avoid interfering with the plane’s navigation and communication systems. In fact, the Federal Communications Commission instituted its own ban in 2007 for a different reason: When we’re on the ground, our cell phones automatically locate the closest cell tower, but when we’re 30,000 feet in the air, we’re roughly the same distance from several different towers at once, meaning that multiple towers might sense our call and reserve that cellular channel for us–which could prevent other people from using the tower and interfere with existing calls. 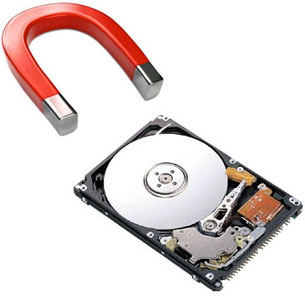 Magnets Will Annihilate Your Hard Drive

Magnets were dangerous for 3.5-inch floppy disks, but modern hard drives aren’t affected by anything short of a high-end degaussing device. Don’t worry about your flash memory cards and solid-state drives, either–there’s nothing magnetic about flash memory, so such devices won’t be affected.

Going Gaga: 14 tech firms that have worked with celebrities (and vice...