Best moments from past 10 years of Apple WWDC keynotes 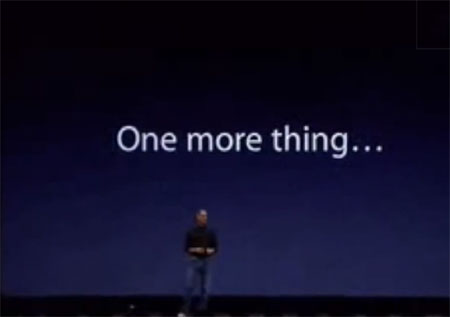 In 24 years of World Wide Developer’s Conferences (WWDC), Apple has built up a reputation for unveiling major updates to its line of products that prove innovative enough to shape the entire computer industry. Though the conference is more software-focused on core operating system products such as iOS and Mac OS X, Apple has been known to surprise us with the odd hardware release too – including the iPhone 3G and 3GS. Of course, WWDC also became a famous venue for late Apple CEO Steve Jobs to demonstrate his flare for presentations. We take a look at the past decade of WWDC memories. 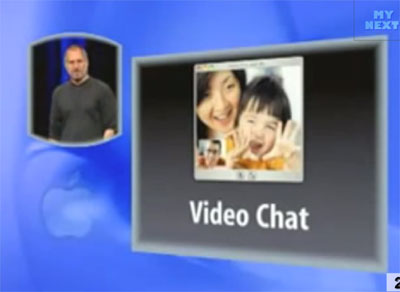 Apple introduces the iApps for the first time – iPhoto, iMovie, iDVD. Software that has become an integral and familiar part of Mac OS X and has also started expanding into the iOS space. Apple’s iChat software is also upgraded to iChat AV to include video chat, and Apple launches an iSight Web cam to accompany the software. Today, the iSight camera is embedded in the iPhone and iPad. 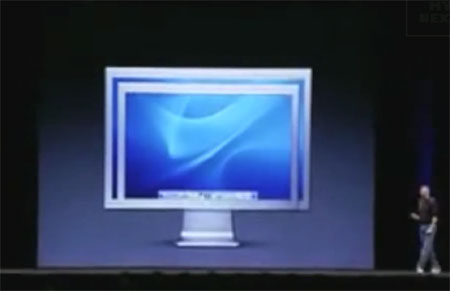 Apple releases some of the biggest displays available in the industry at the time, with a 23 and 30-inch widescreen option. Jobs called the 30-inch “the largest high definition cinema display ever” and revealed it to hoots and applause. Also, iTunes 4.9 is released and is the first version to have built-in support for podcast management. 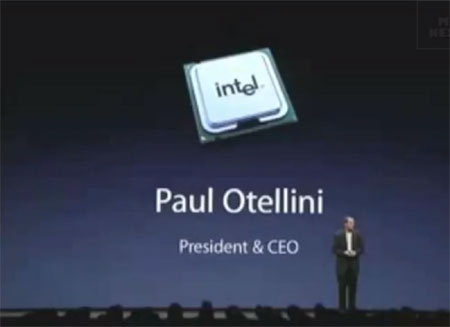 Apple moves away from PowerPC processors to Intel processors for its laptop and desktop computers. Jobs revealed that the last five editions of Mac OS X had been built to work on Intel’s architecture “just in case.” Intel Corp. CEO Paul Otellini got on stage and pointed to the Intel logo behind him, saying “I bet you never thought you’d see that logo on this stage.” 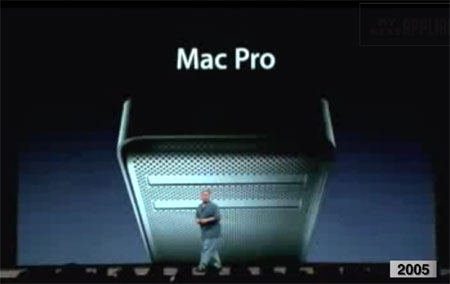 The first Mac Pro is revealed and the last Power Mac G5 is retired as Apple moves to its new pro line of Intel-based desktops. The Mac Pro featured two dual-core Xeon processors running at 2.66 GHz, 1 GB of RAM, a 250 GB hard drive, and a 256 MB video card. Many updates to Mac OS X are also announced. The Leopard preview included Time Machine, Spaces, and Bootcamp – allowing Windows to run on Mac hardware. 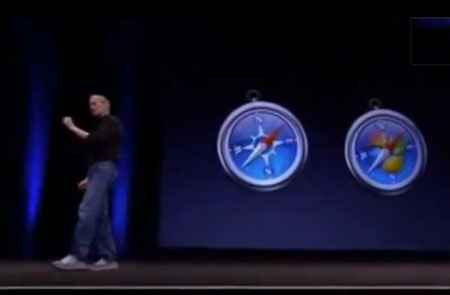 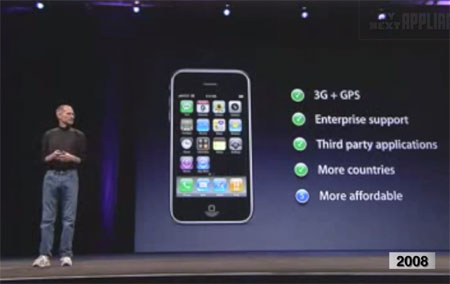 Along with the iPhone 3G announcement, the App Store for iPhone is announced alongside a stable version of the software development kit. Apple was the first to make third-party mobile apps available through a mobile storefront in this way and it proved to be a pretty good idea. On May 16 this year, Apple sold its 50 billionth app on the App Store. Apple also announced iOS 2.0 at keynote with push e-mail. 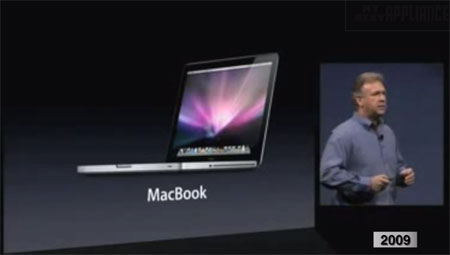 Notable because Jobs was unable to present the keynote due to taking medical leave as a result of his cancer. Apple’s SVP for product marketing Phil Schiller took the stage to reveal the iPhone 3GS, with an improved camera that shot video, and a new 13-inch MacBook Pro. 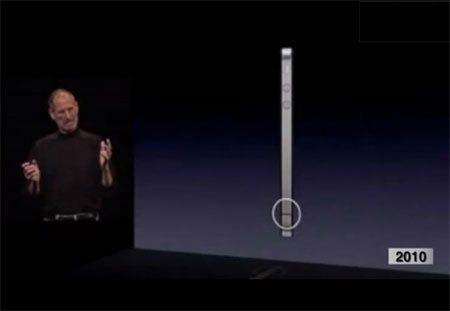 “It’s great to be here,” Jobs said to a standing ovation as he took the stage for the keynote. “Thank you for the welcome.” He presented the iPhone 4 and its slick new design, as well as the renaming of the iPhone OS to iOS. 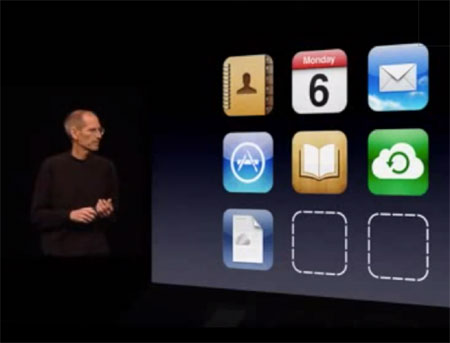 The last Apple event that would be hosted by Jobs featured the release of OS X Lion and iOS 5, which now was available in the larger screen size of the iPad. Apple also releases the iCloud to sync files across its devices via the Internet. Jobs looked gaunt on stage and concerns about his health were rife in the media. “So go at it and have a great week. Thank you very much for coming this morning,” Jobs said to close. 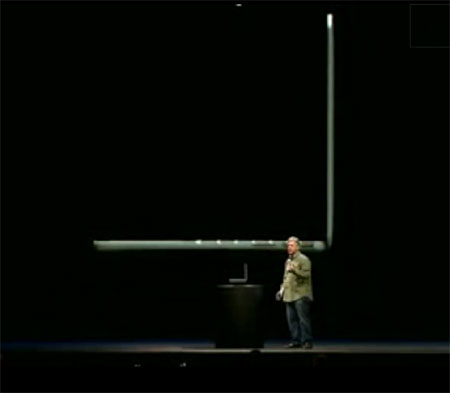 Apple’s new CEO and former chief operating officer Tim Cook took the stage to reveal new versions of the MacBook Air and the MacBook Air Pro.  The Retina Display was debuted on MacBook Pro 15-inch and it was described as the most thin and light notebook ever made for professional use. OS X Mountain Lion was previewed with iCloud integration.

All the new features on Apple’s new iPad