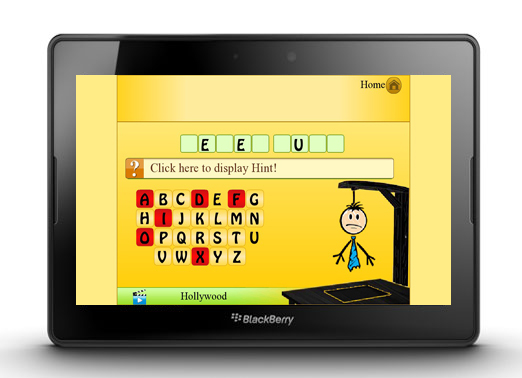 The classic word-guessing game comes to PlayBook thanks to the free Hangman app. Choose from a variety of themes and subjects from which your mystery words are generated, and set difficulty levels to find the right challenge for you. Hangman’s graphics aren’t exactly cutting-edge, but the game play is smooth and intuitive. And the app can be downloaded for no charge. 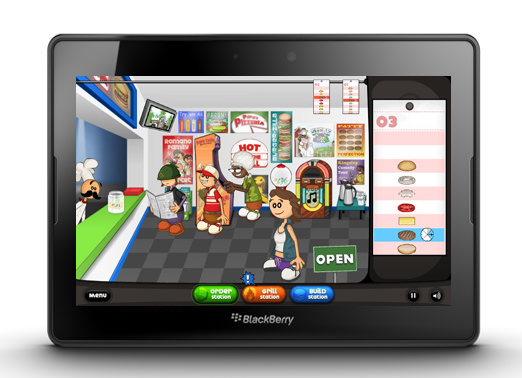 Okay, so a videogame based on building hamburgers, serving hungry customers and customizing your own personal burger joint sounds a bit unconventional. But that’s also why it’s so much fun. Papa’s Burgeria is a unique one-player “sim” game that awards players for burger-building accuracy and serving speed, and like a great burger, it’s surprisingly addictive. 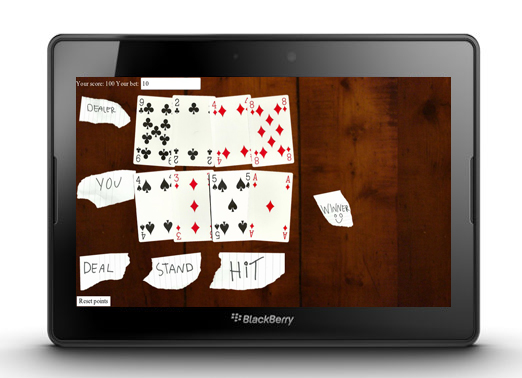 The name of this one sums up the game nicely: Simple Blackjack is a barebones version of the casino favorite. Though the game doesn’t offer any “advanced” functionality, such as the ability to double down on bets, the basic Blackjack features and functionality are all there. Simple Blackjack is great for beginners looking to learn the game or experts hoping to hone their skills. And the price is right; it’s free. 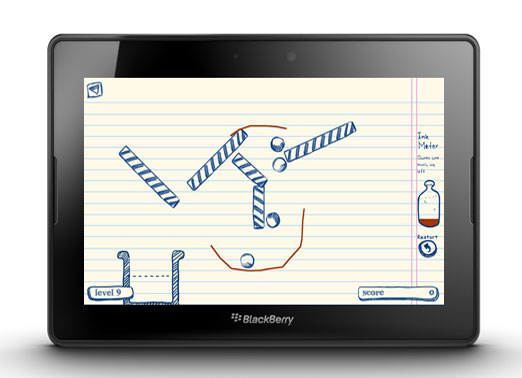 DoodleBlast for the BlackBerry PlayBook is a simple, addictive and surprisingly challenging game of skill that all RIM tablet owners will appreciate. The goal of the game is simple: A number of balls are suspended above an obstacle course, your job is to draw lines with a limited supply of ink, in order to safely direct them through the course and into a bin at the bottom of your PlayBook display. Trust me, that task is not as easy as it sounds. 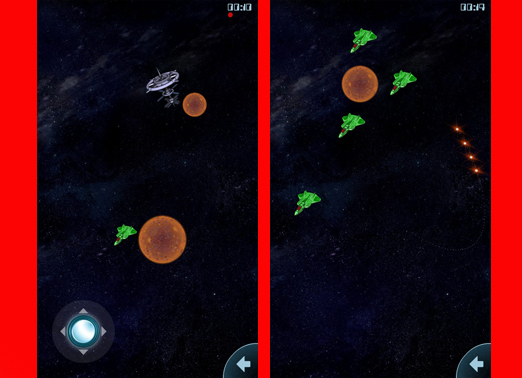 The objective: Destroy enemy spaceships by launching projectiles through galactic-environments with varying levels of gravitational pull. Sound simple? Not so much. The free version of Gravity Burst gives you 18 levels, but you can get many more stages and challenges by purchasing the full version for just $0.99. And it’s well worth a dollar. 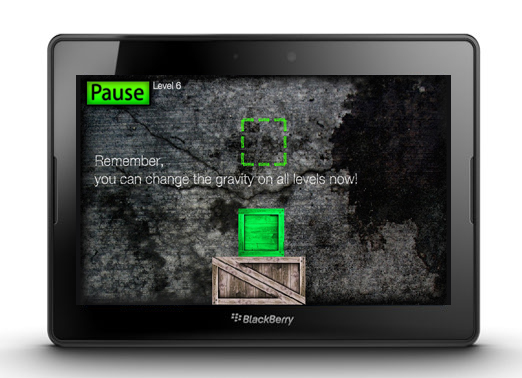 Assembler Mobile 2 HD for PlayBook is an addictive puzzle game in which players attempt to arrange blocks of varying shapes and sizes into structures to raise one key block into specific positions that change with every level. To add to the challenge, the game employs the PlayBook’s accelerometer to detect which way you’re holding your tablet and the game’s “gravity” changes when you flip your PlayBook around. 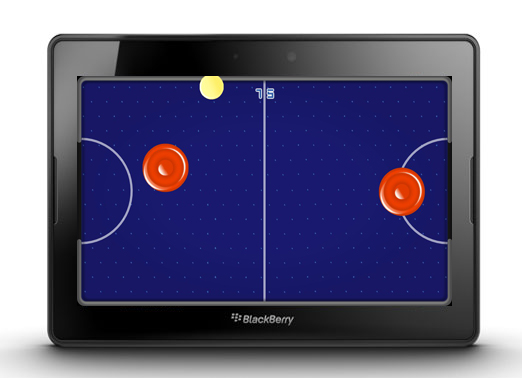 The free Air Hockey for PlayBook app brings the classic table-game to your tablet in glorious form. Like the real thing, it takes a bit of getting used to, but it’s tough to stop playing once you do. The free app lets you play against an electronic foe, with a variety of difficulty levels, for as long as you can keep your eye on that “puck.” And a $0.99 “gold” version lets you play with a friend and adds an “insane” difficulty level for true air hockey aficionados. 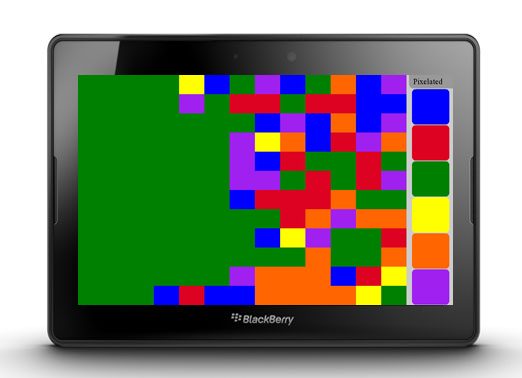 The point of Pixelated is to turn a screen made up of many different colored squares into one single solid color. Beginning with the square in the upper left of your display, you change the color of blocks in order to match that of surrounding squares. And the fewer changes it takes, the better. In fact, you must complete the game in 22 moves or less in the free version, but the $2.99 Pixelated Plus removes that restriction and adds additional game play options. 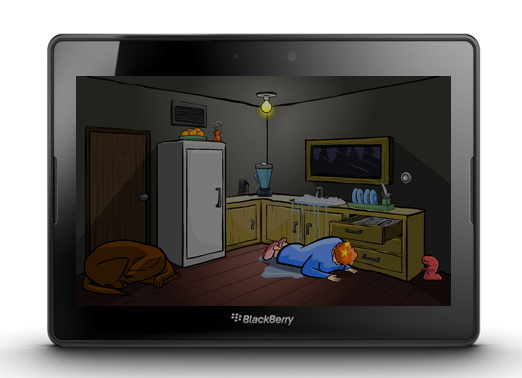 The Visitor for BlackBerry PlayBook

The Visitor is an “interactive horror adventure” about a creepy alien parasite that lands on Earth and wreaks havoc on all nearby living organisms, especially innocent human beings. You control the alien, and your creature gets larger and more dangerous will every successful move. But the game definitely isn’t for everyone; it’s packed with cartoon violence and gore, so the meek and/or easily offended probably want to steer clear of this one. 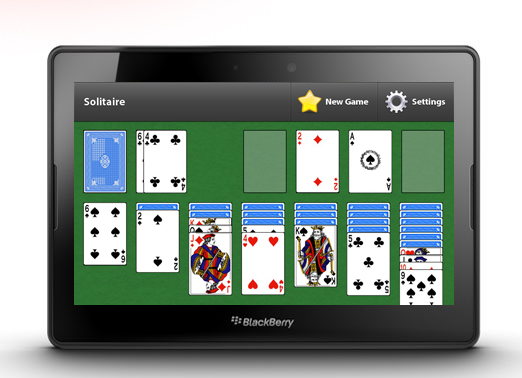 The classic card game for individuals comes to life on RIM’s new tablet thanks to the Solitaire for BlackBerry PlayBook software. The app delivers the game just how you’d expect, and though alternative Solitaire apps with different features and customization options are already available for the PlayBook in App World, this version costs only $0.99, and it works just like a charm.