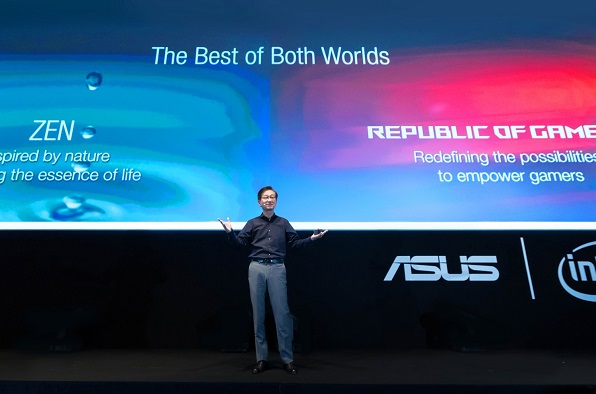 Asus chairman Jonney Shih used the recent IFA 2015 conference in Berlin to debut a bevy of cool new technology, from innovations in mobile, wearable and home computing technology to the latest in gaming. “Today’s lineup of Zen-inspired products not only provide the most intuitive user experiences, but also deliver empowering luxury for everyone to enjoy,” said Shih.

An Asus wearable: the ZenWatch 2 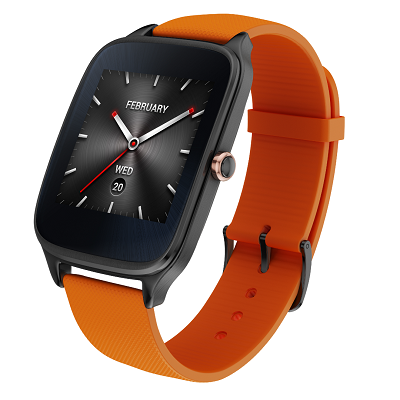 The latest Asus entry in the smartwatch space, the ZenWatch 2, is an Android Wear-powered device that is a compatible smart assistant with both Android and iOS smartphones. It can be activated by touch or voice command, giving users needed information at a glance. It’s available with two sizes and three case colours, and can be customized with 18 different strap material and colour combinations and 50 changeable watch faces. 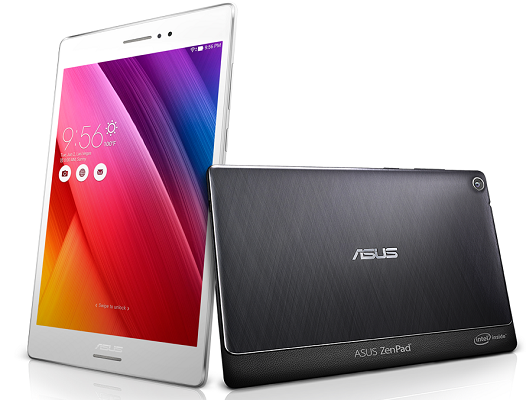 Asus has refreshed its tablet lineup with the ZenPad S 8.0. It’s an Android-powered tablet powered by an Intel Atom Z3580 processor and a hefty 4GB of RAM. The 8″ QXGA IPS display boasts 324ppi pixel density with ASUS Tru2Life+ display technology, and the tablet is compatible with the optional Z Stylus. A 10″ model is also available, and both are compatible with an option Audio Dock with Bluetooth speakers. LTW, 3G and WiFi models are available. 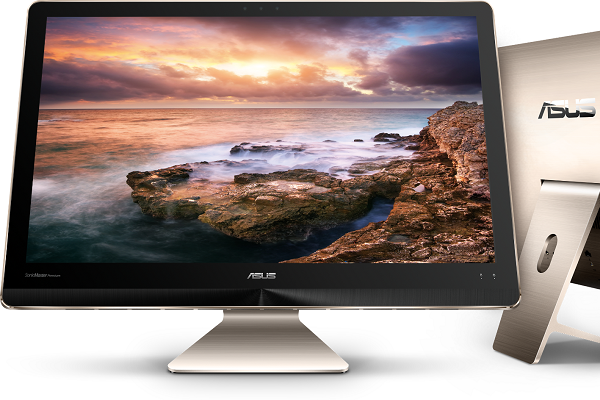 The desktop lives, and the all-in-one format is becoming increasingly popular. Asus’ latest entry in the space is the Zen AiO S. Asus describes it as a family of premium Windows 10 machines for both home and professional users. It features a 4KUHD 3840 x 2160 IPS display with a 185ppi pixel density and 178-degree viewing angles and a six-speaker ASUS SonicMaster Premium sound system. It boasts an all-aluminum unibody design with an anodized Icicle Gold finish, and can be equipped with up to Intel Core i7 processors, Nvidia GeForce GTX graphics and up to 4GB of video memory.

Asus says it has the world’s fastest router 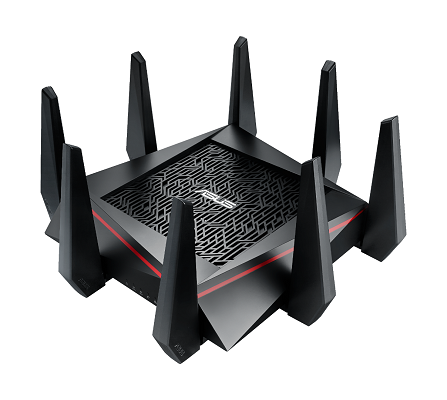 Asus boasts its new RT-AC5300 is the word’s fastest router. It’s a AC5300-class tri-band device that delivers up to 1000Mbit/s on the 2.4GHz band and up to 2167Mbit/s on each of the two 5GHz bands, for a combined total of up to 5334Mbit/s. — enough for gaming and 4K/UHD video streaming. With eight antennas (four transmit, four receive) it offers signal coverage of up to 500 square metres. AiProtection from Trend Micro is also integrated.

VivoStick a PC on a stick 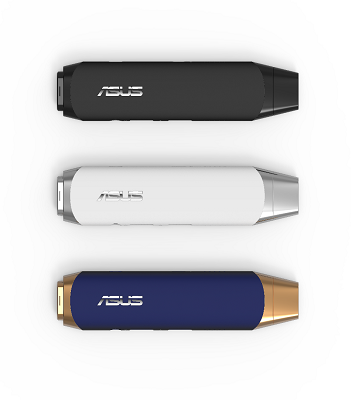 The Asus VivoStick PC is an ultra-miniature Windows 10 ‘stick’ PC that measures 137.9 x 34.0 x 14.9mm and weighs 68g. It turns an HDMI-enabled TV or monitor into a fully-functional PC, able to be used for everyday computing and to stream and share content anywhere. It features 802.11n Wi-Fi, two USB ports, an audio output jack and Bluetooth 4.0 for connecting a keyboard and mouse. It also includes 2GB of RAM. 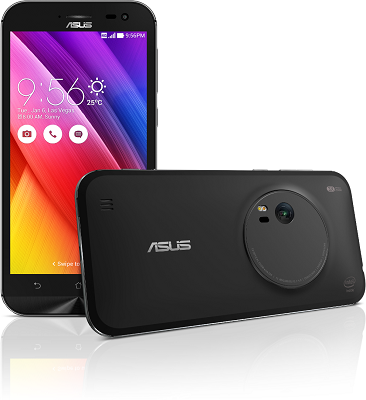 Photographers seem to be the focus for Asus’ new ZenFone Zoom, which features a 13MP camera with a 3X optical zoom. The rear camera boasts a 10-element lens with up to a 12X zoom, as well as an optical image stabilizer and professional Panasonic SmartSFI sensor. Advanced users can even use the camera in manual mode to control things such as ISO setting and shutter speed. The phone itself is powered by an 2.5GHz Intel Atom Z3590 quad-core processor with 4GB RAM.

4 creative gurus share their inspirations, from Baz Luhrmann to Humans of...

Top 10 tips to get started on Google+