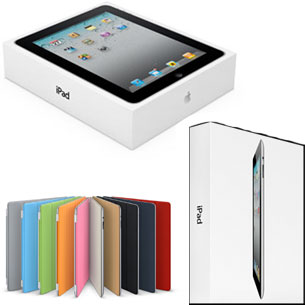 Apple met expectations on March 2 in San Francisco when it unveiled the iPad 2 at its live event. There’s a few things that are staying the same as the original iPad – the same pricing structure, the same levels of storage options, and the same screen size and resolution. But there’s a lot that’s different about the device – cameras, output options, device design and new apps. The tablet is hitting the U.S. market March 11 and will launch in Canada March 25, along with 25 other countries.

Photos courtesy of Macworld.com and Apple 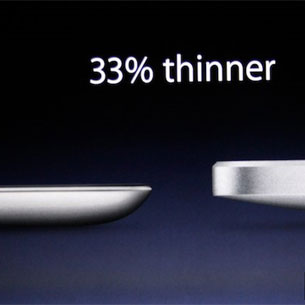 The iPad 2 is 33 per cent thinner than the first iPad. At 8.8 mm, it is even thinner than the iPhone 4’s 9.3 mm. “It feels totally different,” Jobs said. That reduced size also means reduced weight, down to 1.3 lbs from 1.5 lbs. The iPad 2 will also look different because it will be available in two colours – black and white. 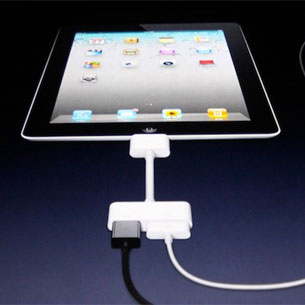 The iPad 2 will be capable of outputting its video to another monitor with an HDMI connector or dock-connector cable Apple will sell for $39. It requires no setup or configuration and supports rotatation. Your iPad 2 will charge while you use it. All apps will work in the device’s 1080p resolution. 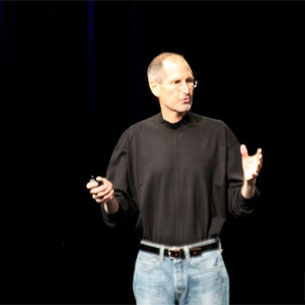 Steve Jobs surprised the San Francisco crowd by taking the stage to unveil Apple’s iPad 2. Many expected Apple COO Tim Cook to take the stage as Jobs is currently on medical leave from his post as CEO. But it was Jobs who recapped Apple’s success with its iPad launch from last year. The tablet “generated $9.5 billion in revenue in nine months of 2010. We’ve never had a product that got off to that fast a start,” Jobs said. “Many have said this is the most successfull consumer product ever launched.” Apple owns 90 per cent of the tablet market. 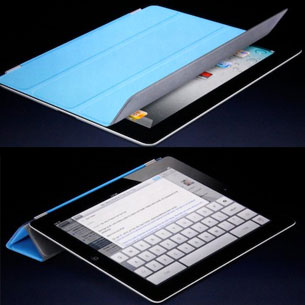 Instead of adding bulk to the sleek iPad 2 with a case, Apple has designed Smart Covers for the device. With an accordian-style folding format, the covers attach to the iPad 2 magnetically and perfectly align with the screen. The covers will automatically wake up your iPad 2 when you open them, and put it to sleep when you close them. A micro-fiber lining cleans the screen when you move it. You can fold the cover to act as a stand for typing or watching movies. 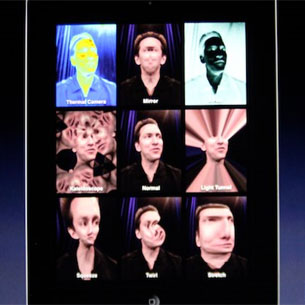 The iPad 2 will include both a front and rear-facing camera that you can use for video conferencing. Using Apple’s FaceTime app in iOS 4.3 (available for download March 11) you can connect with Macs, iPhone 4s, iPod Touches, and of course other iPads to do a video chat. The iOS update will also include Photobooth which you can use to distort your face in all sorts of fun ways. Seen here are the nine different effects offered on the iPad 2. 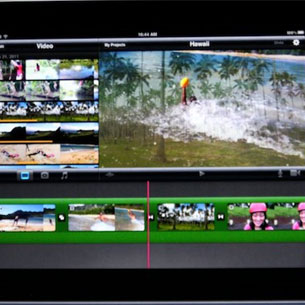 Apple introduced iMovie last summer on the iPhone 4, but now it will become more useful as its been customized for the iPad’s extra screen real estate. The multitouch interface lets you zoom in and out, and a precision editor is available with full transition control. Audio clips will be represented with waveform views, and a double tap will give you the volume options on a clip. Tap a camera button to record from the iPad 2’s camera directly into the timeline. The app will cost $5 to download. 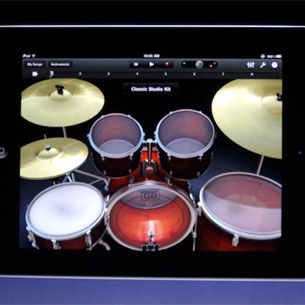 Apple is bringing its Garage Band application to the iPad. This will include virtual touch instruments including piano, drums, and guitar. It supports 8 track recording and mixing and allows you to e-mail an AAC audio file of your finished song. The app will be compatible with the Mac version. In a Smart Instrument mode, Garage Band will let you choose a chord and strum a guitar to play it. Or the auto play feature will start playing based on the first chord you strum. “Anyone can make music now,” Jobs says. 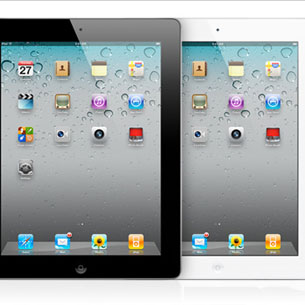 Apple’s iPad 2 comes with a 1 Ghz dual core A5 processor that will help process faster video. The screen remains the same as its predecessor at 9.7-inches with 1024×768 resolution. The same storage sizes are also available – 16 GB, 32 GB and 64 GB. The back camera can shoot 720p HD video at 30 frames per second with audio, and the still camera offers a 5x digital zoom. The front-facing camera also supports VGA video-recording at 30 frames per second. The battery life will be up to 10 hours of use over WiFi or nine hours over 3G. 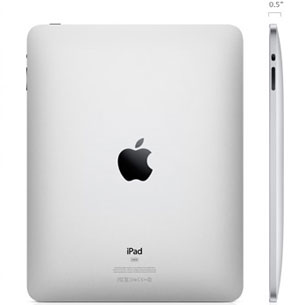 The iPad 2 is recommended for use with iTunes 10.2, according to Apple. That suggests an update to the desktop software is imminent. The device will also ship with iOS 4.3, which will be made available for download on other Apple devices March 11.

Also new on the iPad 2 is a three-axis gyroscope sensor similar to the iPhone 4. New with the iOS 4.3 update is a personal hotspot feature only compatible with the iPhone 4. This allows you to share your iPhone’s 3G connection via WiFi with other wireless devices (like the iPad 2, say).