It’s that time of the year again. Apple opened up its annual Worldwide Developer Conference (WWDC) in San Jose this morning with a plethora of announcements, with CEO Tim Cook calling it the “best and biggest WWDC ever”.

Between the unveiling of the tech companies latest operating systems across all platforms, including iOS 11, a new iMac Pro desktop, the HomePod, Apple’s digital home assistant, and a completely redesigned App store, there is plenty to talk about coming out of day one of the annual conference. Click on for all the Apple announcements you need to know about. 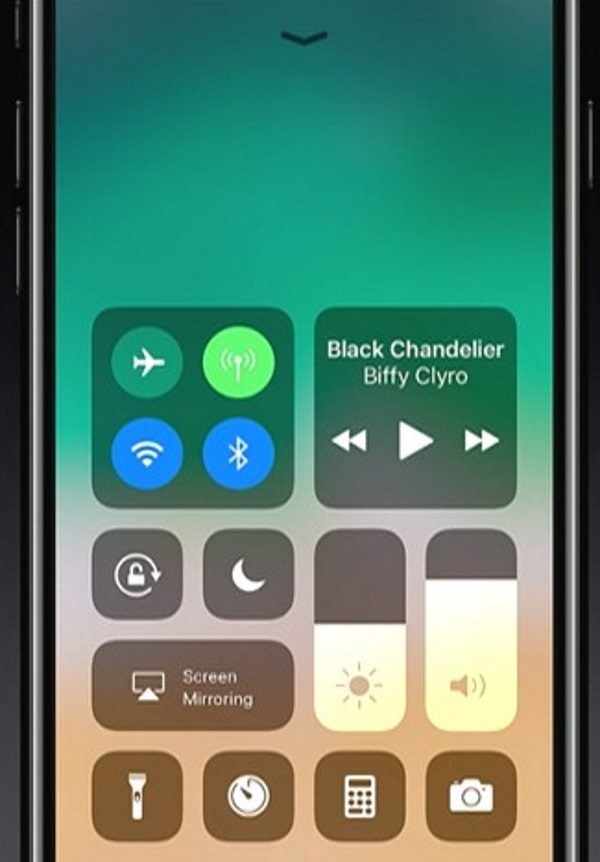 iOS 11 coming this fall for iPhone and iPad

On the surface, iOS 11 doesn’t change too much for the average iPhone experience. The control center has been cleaned up, which is a nice touch considering how messy it has been up until now. Siri has been upgraded with machine learning technology to include new male and female voices, different language options, and a more predictive user experience using its newer artificial intelligence capabilities.

Apple users on Instagram and other social media apps will enjoy the new photography additions. Apple has added a portrait mode, True tone flash for better lighting management, and HDR capabilities. The most exciting addition is Live Photos, which will allow users to capture the moments around taking a photograph – essentially making it easy to create gifs and loops. And with the addition of High Efficiency Image File Format, iPhone 7 and 7 plus users will see a reduced file size of every photo taken.

This powerhouse of a machine is going to cost a pretty penny – it starts at $4,999 USD – but Apple aims to make it worth your while. The company wants the iMac Pro to be the go-to-device for video production. It’s the most powerful Mac Apple has ever created, and the company is calling it a ‘monster’ in the graphics department.

It has a 27 inch retina 5K display with up to 18-core Xeon processors and up to 22 Teraflops of graphics computation. It boasts a Radeon Pro Vega GPU, up to 16 GB of RAM, support for up to 4 TB of SSD, and up to 128 GB of ECC memory. And don’t forget the ports, the iMac Pro comes packed with four Thunderbolt 3 ports and two USB-C ports. It can also be connected to up to two RAID arrays and two 5K displays at the same time.

The iMac Pro will be available in December for $4,999 USD. A Canadian release date and price is unannounced.

Apple is hoping developers will be excited about the next macOS update, High Sierra. It includes the Apple File System, which includes enhanced performance, security, and reliability of data, High-Efficiency Video Coding up to the industry standard of H.265 for video streaming and playback in 4K, and Metal 2, the company’s now open API that will allow developers to tap into the GPU power on a Mac. Metal 2 will be launched alongside an External Graphics Developer Kit.

Just like iOS 11, High Sierra brings updates to photos with a redesigned Edit view that includes tuning for color and contrast, making adjustments within a defined color range, and more Live Photos and Memories support. Photos also now ties into external editors like Photoshop and Pixelmator, and supports third-party project extensions such as Animoto and Shutterfly.

Upgrades to Safari include Autoplay Blocking to stop newly opened webpages from automatically playing video in the browser, and Intelligent Tracking Prevention that uses machine learning to identify and remove tracking data that follows a user’s web activity.

With macOS High Sierra. the company is diving headfirst into VR. Up until now, many Apple computers weren’t the first that would pop into your head when thinking VR, and Apple aims to change that.

It draws on Metal 2 and the upgraded hardware of the MacBook and iMac lines, plus the new iMac Pro, to add support for VR content creation. Valve is bringing the SteamVR platform to macOS through the HTC Vive, and Unity and Epic are also bringing their own VR development tools. Final Cut Pro X will add support for 360-degree workflows later this year. 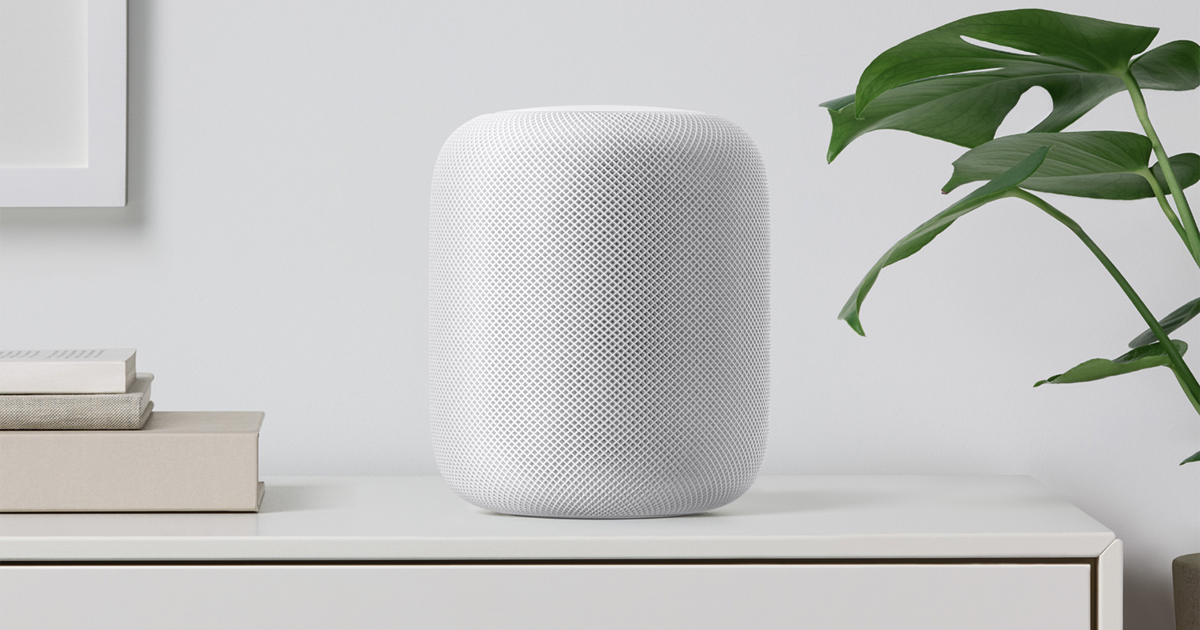 Apple is finally jumping into the digital home assistant ring, although it is trying as hard as it possibly can to pretend that it is above that particular battle. Instead of being advertised as a direct competitor of the Google Home or Amazon Echo/Dot, the HomePod is being pushed as something of a higher quality.

Apple dug back into its roots with the HomePod announcement, highlight its premium speaker capabilities and how it can change how we listen to music at home. Through Siri it has the features of your everyday home assistant, but those are almost an afterthought for the tech company. It is showing the HomePod off as a premium Bluetooth/WiFi speaker system for the home, rather than its competitors.

As a ‘premium speaker’ with smart assistant capabilities, you can expect to spend more than the Google and Amazon counterparts. The HomePod will be available this December in the U.S./UK/Aus for $349 USD, nearly double its competitors. Canadian availability and pricing is unavailable, but expect sometime in 2018.

As Apple Pay continues to grow, Apple is finding easier ways for its users to use it. Now with iOS 11, Apple Pay users can pay each other directly using Apple Pay in a similar fashion to the popular Venmo app.

Users can send money directly through iMessage, or ask Siri to pay someone. When a user gets paid, that money goes right into their Apple Pay Cash account which can be used to send to someone else, make purchases using Apple Pay, or transferred back into their back account.

Currently, Apple Pay person-to-person payments will only be available in the U.S. with the release of iOS 11 this fall. A Canadian release is unannounced as of now.

Apple is increasing the screen size of the iPad Pro up to 10.5 inches in order to include a full-size keyboard. This will replace the current 9.7 inch model. Both the 10.5 inch and 13 inch iPad Pro models have been upgraded to handle HDR video support and a refresh rate of 120 hz to make animations/scrolling smoother. The Apple Pencil latency has been dropped down to 20 ms. The framerate of the iPad Pro will also adapt to what you are doing in order to save battery life, which Apple is claiming it is maintaining at 10 hours.

Both models are keeping the same 12 MP rear and 7 MP front cameras of last-generation’s model, but will ship with a new six-core A10x CPU, which is 30 per cent faster than the old A9X according to Apple. The storage has been doubled for up to 64 GB.

The biggest change for iPads in general comes in iOS 11. More than ever before will the iPad act like the true mix of a mobile device and full blow Mac, with iOS 11 pulling closely from macOS High Sierra to give the iPad that more desktop like feeling. Users can drag and drop apps, and a new Dock acts like it would on a macOS device.

No crazy updates for the general iMac and MacBook product lines. The big news is that these devices will now support 7th Generation Intel ‘Kaby Lake’ processors. Otherwise they each are receiving the usual storage, memory capacity, etc. upgrade. With these upgrades, both lines can support VR.

The upgraded iMacs and MacBooks are shipping now.

Thanks to the popularity of Pokemon Go, Apple has dived all in on augmented reality with iOS 11. It has announced an AR framework called ARKit for developers that will allow them take advantage of the built-in cameras, processors, and motion sensors of the iPhone and iPad devices. ARKit will support Unity, Unreal, and SceneKit.

On stage at WWDC, the company showed off its new AR capabilities with Pokemon Go and it truly does look like something special. Instead of the Pokemon just floating on top of the sidewalk, it actually looks like it is standing on the sidewalk.

According the company, due to the install base of iOS devices, ARKit becomes the largest AR platform in the world overnight.

For the first time in nine years Apple is redesigning it’s App Store. The App Store currently sees 500 million unique customers every week, and since its launch in 2008, 180 billion apps have been downloaded, with over $70 billion being paid out to developers.

The new design starts with a Today tab that will showcase games, apps, and app culture. This will include in-depth features and interviews, artwork, and videos. Games and Apps will also have their own tabs with individual designs. Apple has also redesigned how individual app pages are set up, allowing developers to better organize how users view their app. This includes the ability to organize additional downloadable content in a more organized fashion. In-app purchases can now be made from the app store as well.

The new App Store will release alongside iOS 11 this fall.

The next watchOS includes new watch faces, Siri personalization, more Pixar faces, and updates to your everyday smartwatch applications. Your smartwatch will also now sync automatically with Apple Music. For those into fitness, you’ll be excited to see that watchOS 4 has the ability to connect directly with your cardio equipment.

Apple is doing its part to prevent texting and driving with the new “Do Not Disturb” feature while driving with iOS 11. iPhones can now detect when you may be driving and automatically silence notifications to keep the screen dark. You will be given an option to automatically send back replies, and if something is urgent, by typing in ‘urgent’ a message can still be pushed forward onto your screen.